The Australian Magpie (Cracticus tibicen) is a common street bird near my house.  They are my almost constant companions on walks around the neighbourhood.  I really like them.

Just like the Currawong from last week, these birds are more closely related to Butcherbirds than crows.  The name Magpie comes from an association with the colour of Magpie (Pica pica) from Europe.

Most of these birds were making use of a bit of sunshine to stock up on food. 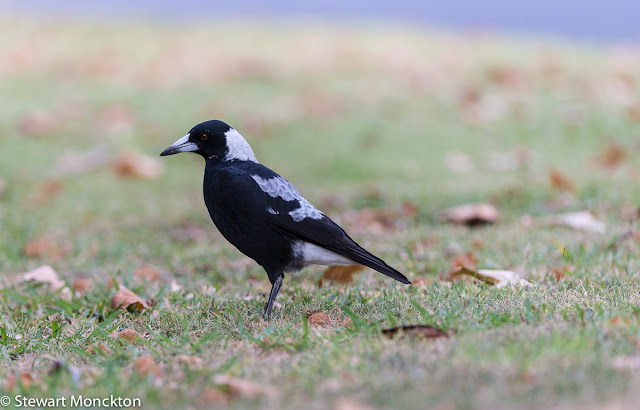 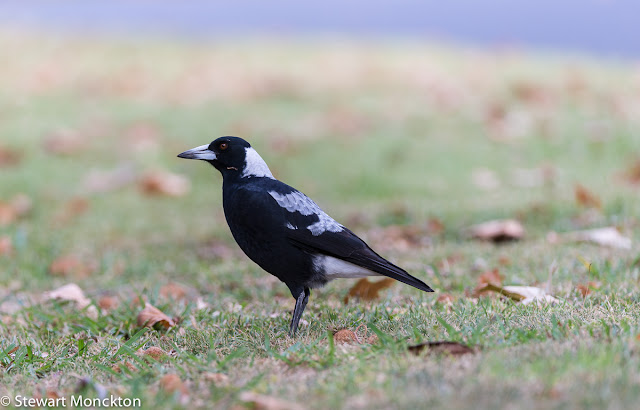 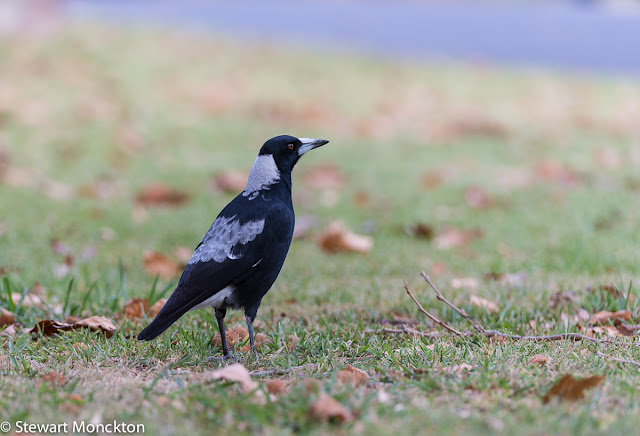 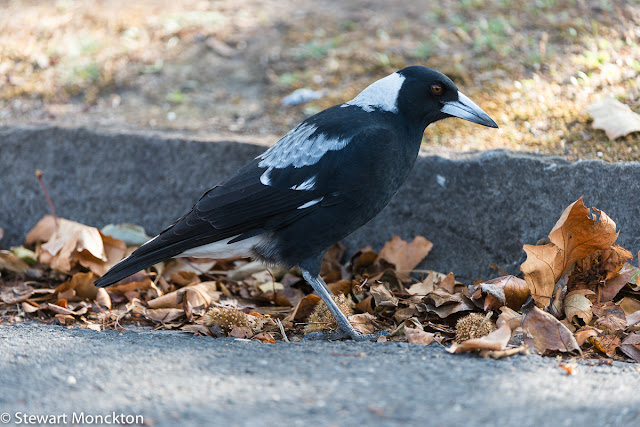 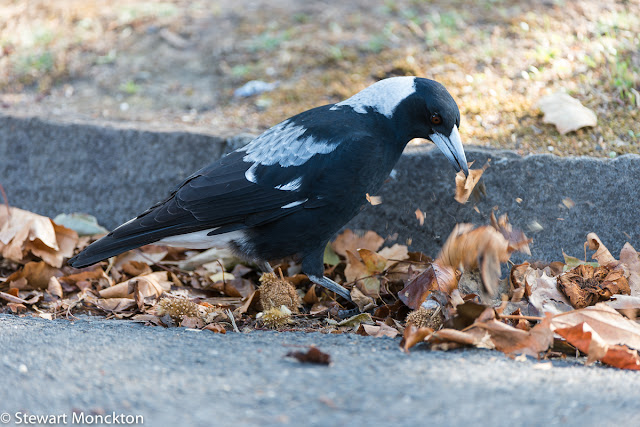 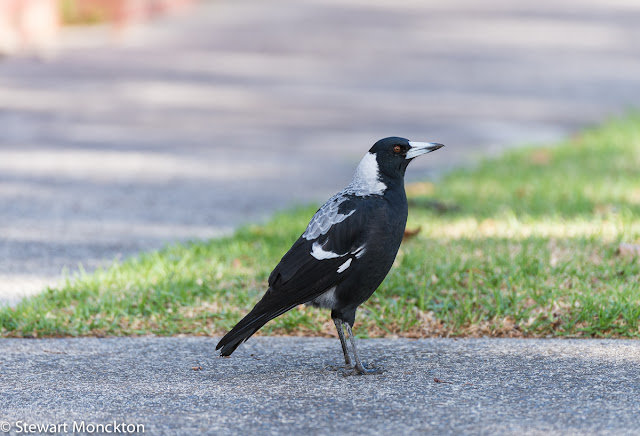 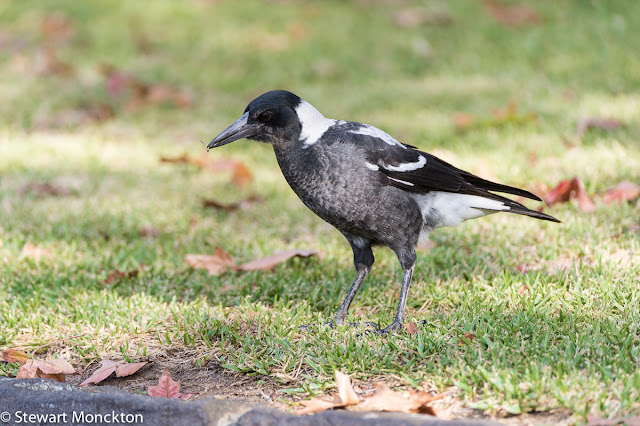 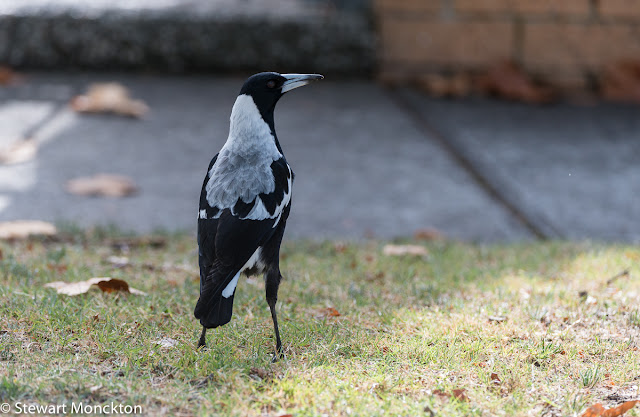 As ever, to join in with WBW click on the blue button.    Cheers, SM.

It's winter here - and by local standards it's been a cold start.  Which makes it a fine time to sit by the fire. 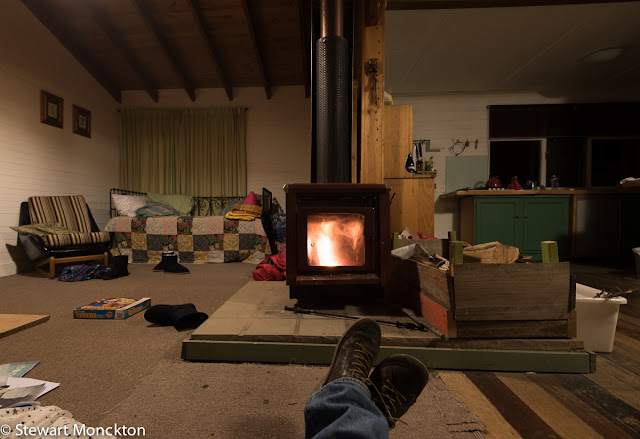 Both were pretty good fires - although the addition of a cat makes the second one even better.

More pictures from around the world at Our World Tuesday.  SM
Posted by Stewart M at 04:00 17 comments:

When we spent the long weekend away at Warburton, our house often rang to the call of the Pied Currawong.  The rather magnificent bird has a wonderful, almost mechanical call.  Despite its (mostly) all black plumage the Pied Currawong (Strepera graculina) is not a crow, being more closely related to Butcher birds and the Australian Magpie.

I think this bird was expecting to be given some decent food by us - I think it was disappointed with the seeds from my camera bean bag! 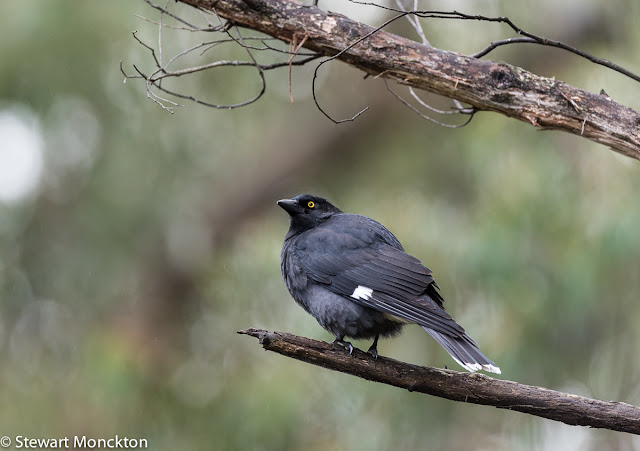 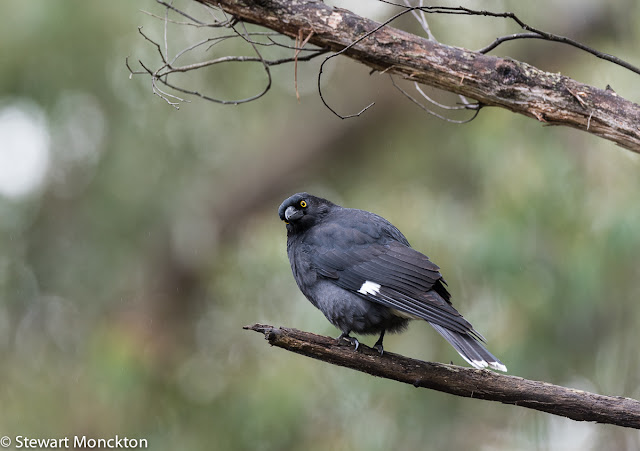 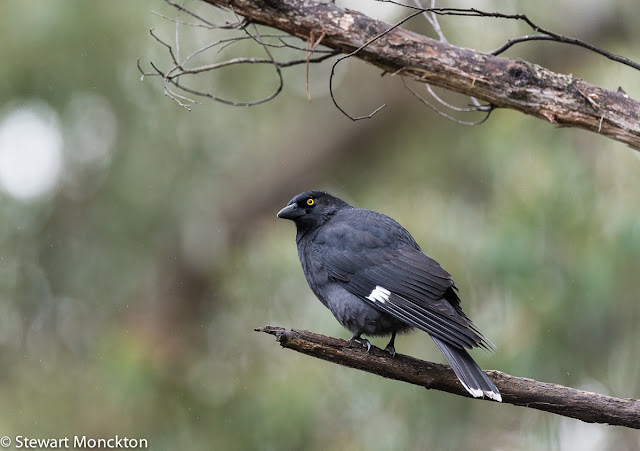 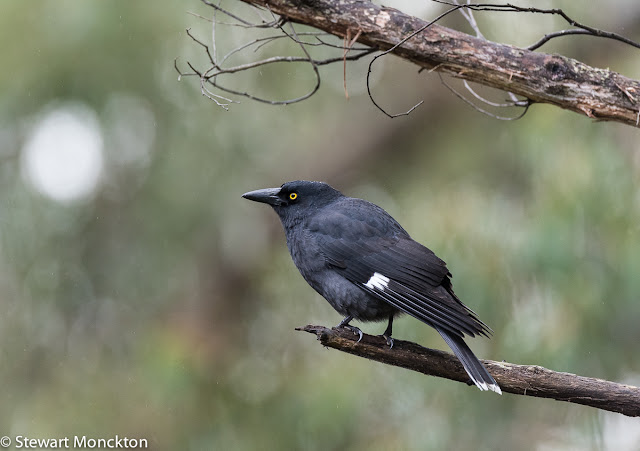 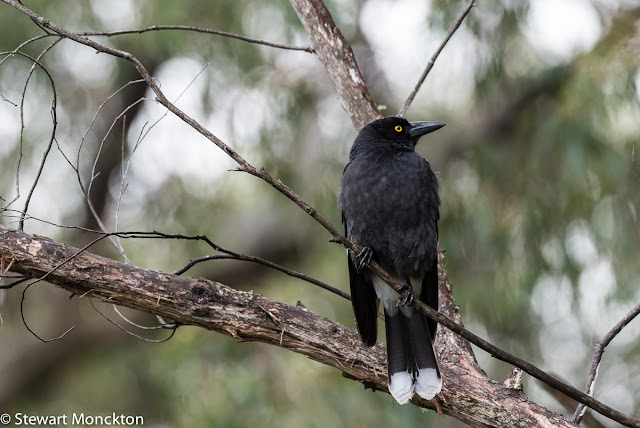 As ever, to join in with WBW click on the blue button.    Cheers, SM. 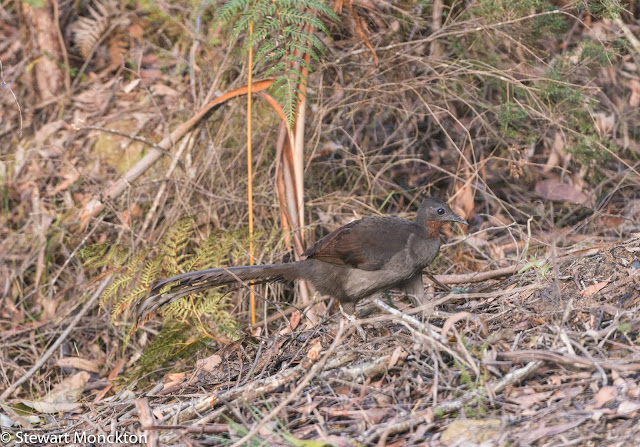 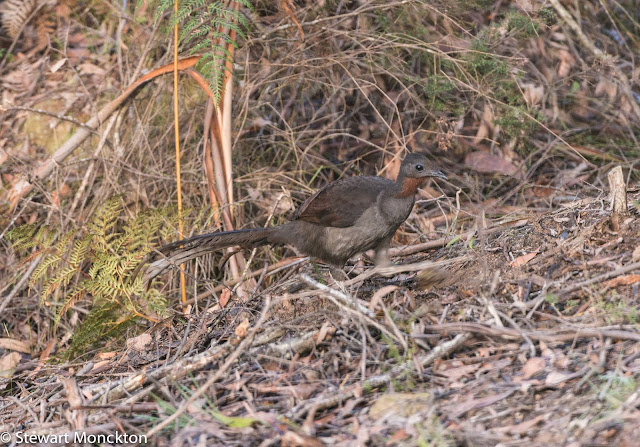 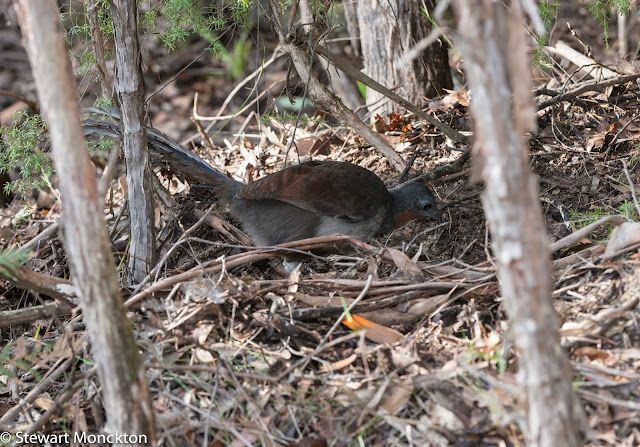 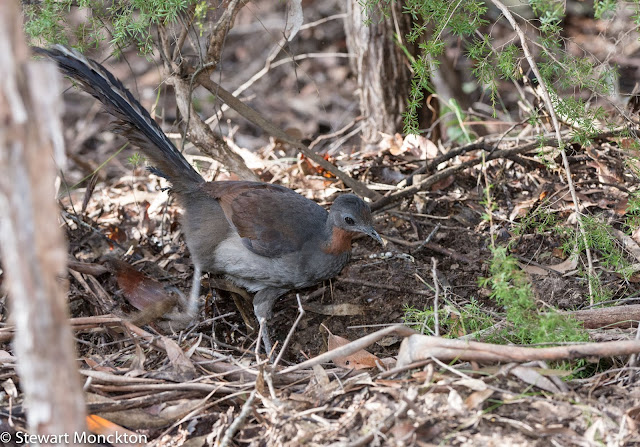 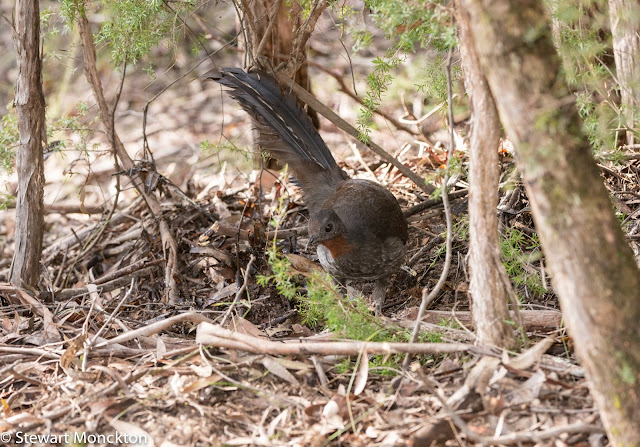 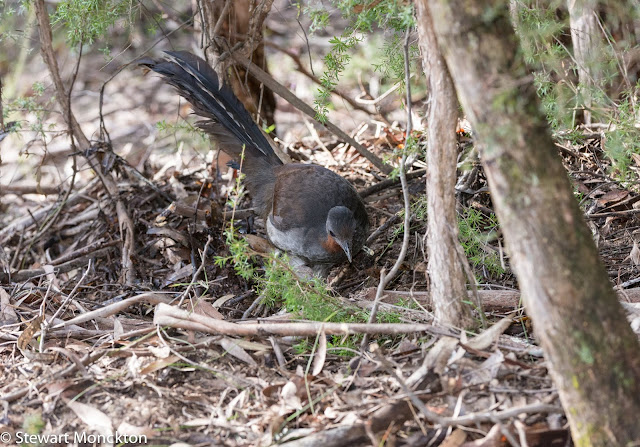 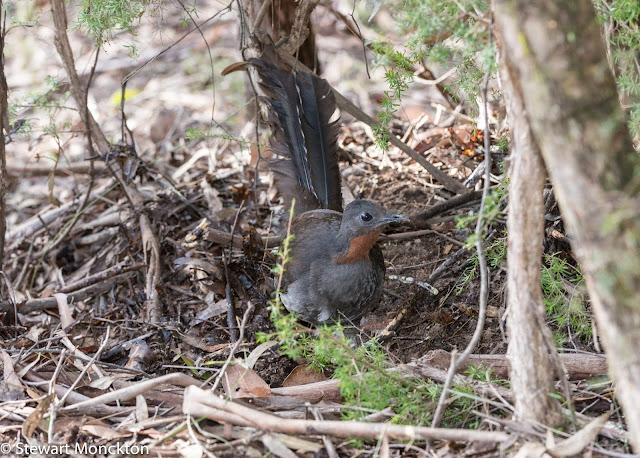 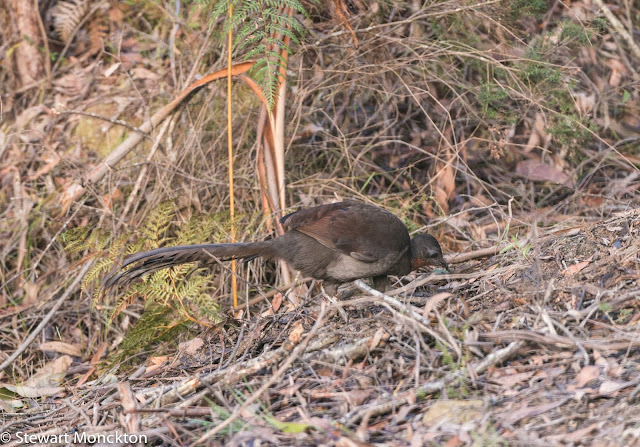 I have just come back from a great long weekend away - wood fire, walks, red wine, birds in the garden and good company.  Just the ticket.

While we were on a (very) short I saw this building in the early stages of sinking back into the wild.  The building was next to a rail-trail at Warburton, although I don't think the building was associated with trains.

The weather was great, but the light was shocking - straight into bring sunlight, with deep shade.  In the end I think that the black and white images looked the best. 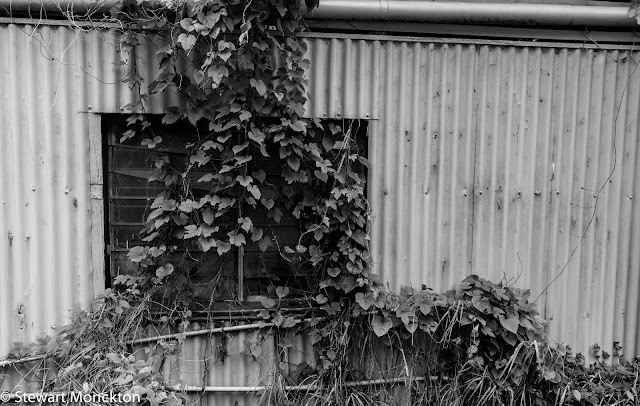 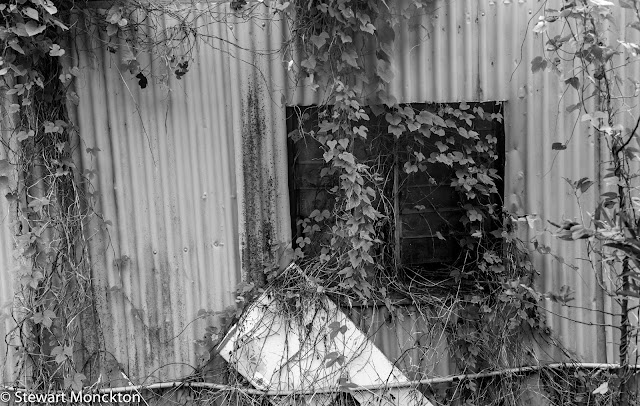 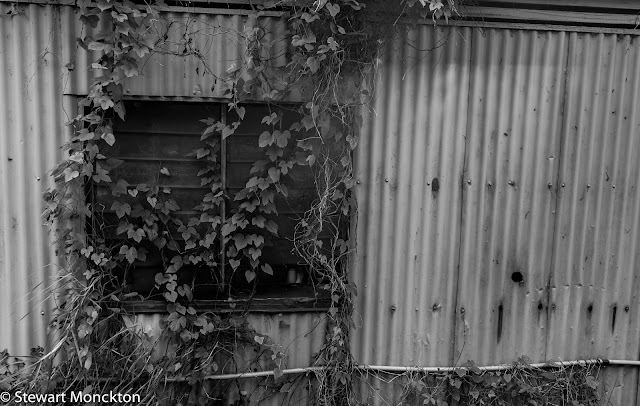 With luck the weekend away will act as circuit breaker for the rather hectic state of life at present.  Hope to catch up with comments and visits in next day or so.

More pictures from around the world at Our World Tuesday.  SM
Posted by Stewart M at 02:00 7 comments:

I have had enough of hectic - I really have!

These are some pictures I took a while ago of Rainbow Lorikeets (Trichoglossus moluccanus) in a garden just around the corner from our house.  Lured in by the promise of apples, I often see these birds on the way to work.  When I do see them, I want to stop and not go to work!

Cant claim these birds don't live up to their names. 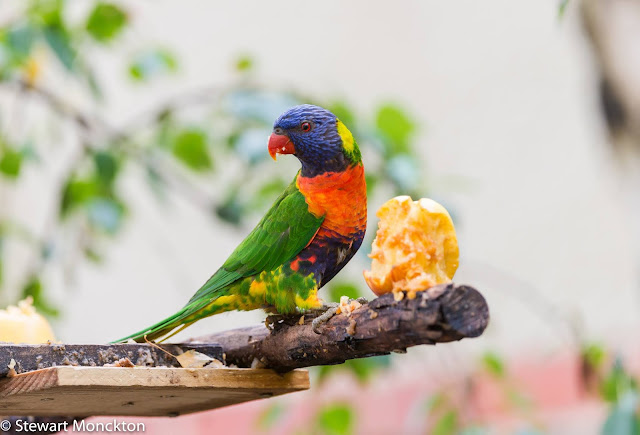 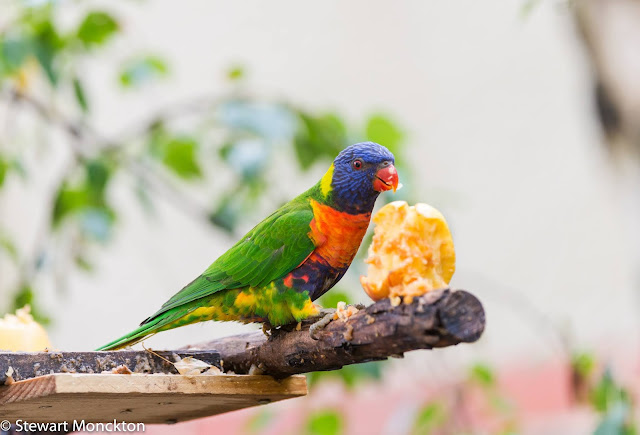 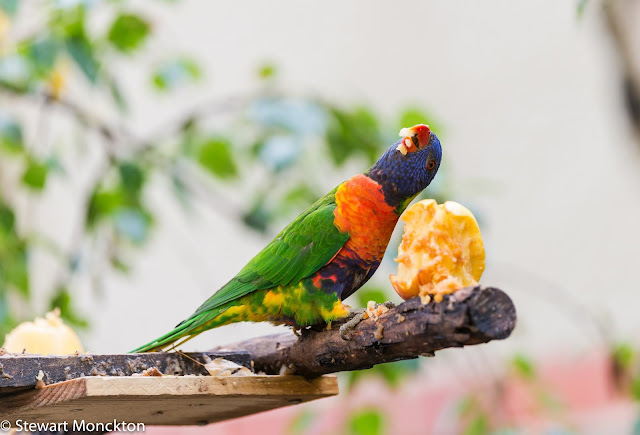 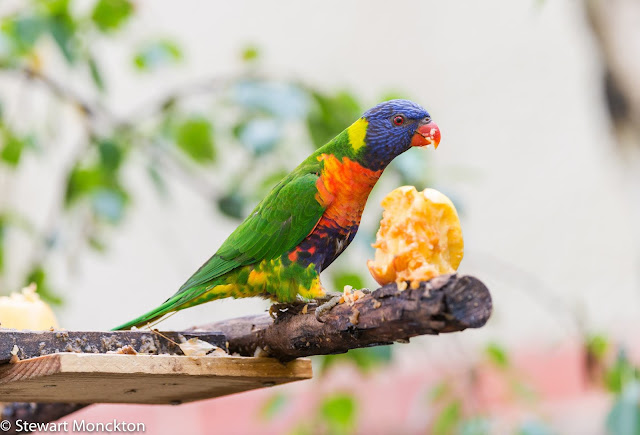 As ever, to join in with WBW click on the blue button.

Blogger continues not to send out email notifications of comments, which is not making my life easier!  Cheers  SM.
An InLinkz Link-up
Posted by Stewart M at 03:30 17 comments: