The Tasmanian Native Hen is only found on the east and north of Tasmania – like most other gallinules I have seen they present as rather more brainless than most other birds! They spent a huge amount of their time chasing each other about, and seem to like living in places with no light! (Well that’s my excuse for this picture – it was also raining!) 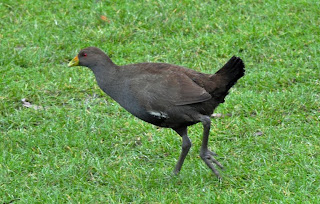 The Cape Barren occurs in two areas – one the south eastern part of Australia and a second isolated population in Western Australia. They are much less common than they once were, possibly due to the fact that they are large enough to feed a family! 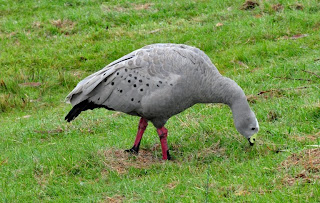 Lastly a Silver Gull. These occur over the whole of Australia, and I’ve included this one because I like the picture! If you see a gull in Australia chances are it’s this one. (Well, not this actual one, but you know what I mean!) 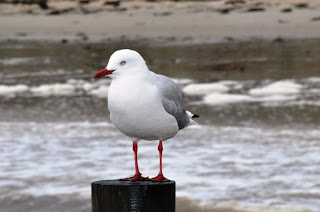 You can find more world birds here, and you can see the latest post on my other blog by clicking the Paying Ready Attention link on the RHS of the page.
Enjoy the birds.
Posted by Stewart M at 20:17