I detect a bit of a theme in my last two posts - that of a growing appreciation for the things that you once took for granted, but can no longer have.  If yesterdays post was about landscape, then this one is about a common bird.

Robins are (well I hope they still are) close to ubiquitous in rural English gardens - so much so that the become the iconic clique of post, greeting and Christmas cards.  And when a thing become so common, I think that they tend to be over looked.

Migration half way around the world fixes that issue - and when I recently returned to the UK I had made up my mind to try to photograph as many of the common birds as possible - garden birds, bird table birds, birds often unloved by birders because of their abundance and suburban nature.  In other words, the birds I grew up with.

Within a day of arrival I had located a Robins nest in an old heating duct space.  The young birds fledged a few hours after these pictures - and remained hidden behind potted plants, garden hose reels and shovels.  So, I only managed shots of the adult.

The Robin - Erithacus rubecula - is about 12cm long and both adults sport the red breast for which it is well known.  I recall reading that only in the UK is the Robin really a garden bird, at ease with humans, and that over much of its range it is rather more shy.

I deliberately composed the shots to include the top of the garden hose reel, as a bit of a statement about this birds 'domesticity' - I'm not sure if it worked! 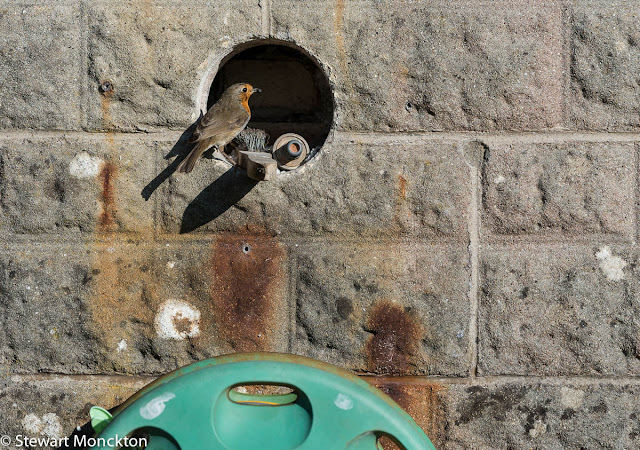 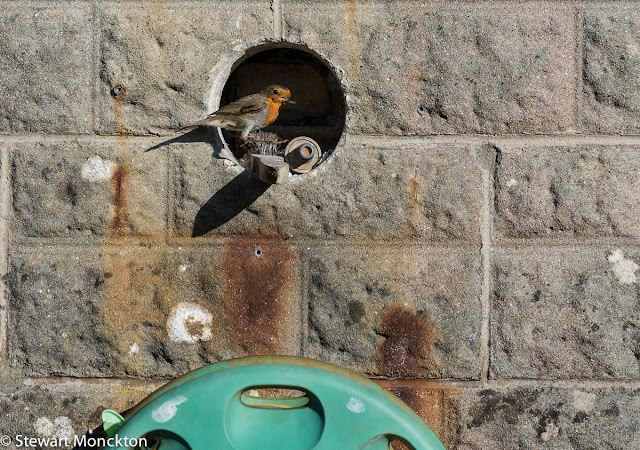 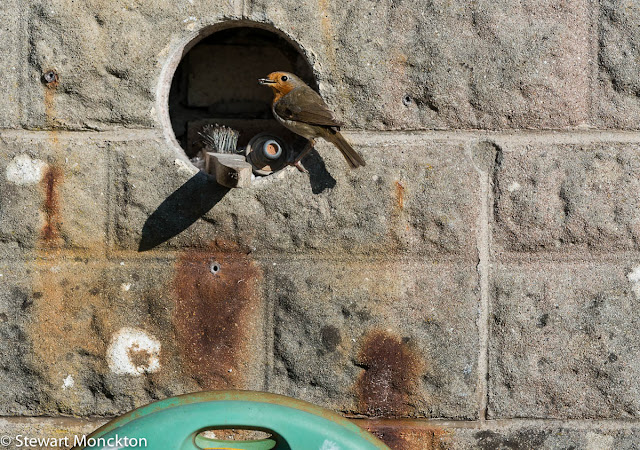 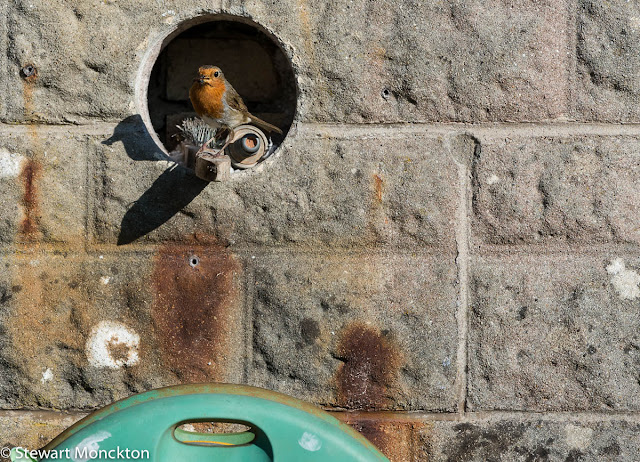 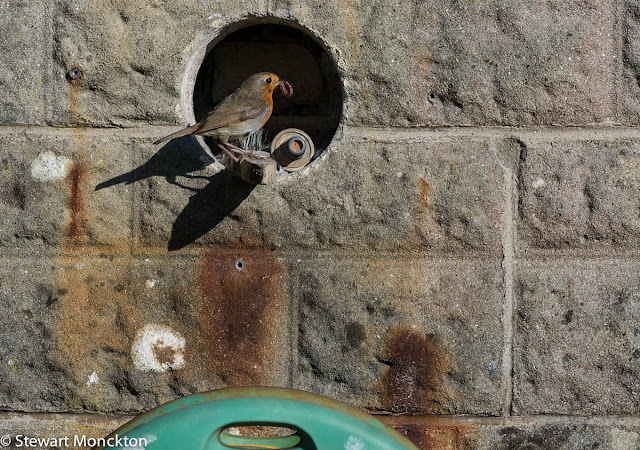 So, now it's over to you - click the blue button and join in.  And with luck I will be able to visit your blogs much more rapidly that I have been able to manage in the last month!