Just to carry on with the bright colours for WBW, this week I have some shots of Galahs.  Here is my attempt to explain how that word sounds!  The 'Ga' at the start makes the same sound as the 'G' at the start of 'gull' and 'lah' is the same as in do, rae, me! Which get you to G-lah!

Anyway, enough of such things.  The Galah is found over almost all of Australia, with it only being absent from a small part of Tasmania.  Its formal name Eolophus roseicapillus references its 'rosy haired' crest, which makes it somewhat more appropriate than last week bird where the name overlooks the fact that the bird is bright red!

The combination of greys and pinks on this bird is, to say the least, attractive.  These birds seem to be feeding on the roots or possible new germinated grass seeds.

Although these pictures were taken at (wait for it!) Wilsons Promontory National Park, these birds were a lot less acclimated to people than the Rosellas from last week.  In fact, they were a little bit flighty and it took a good while to get close to them.  This set of pictures resulted in muddy knees, although I am unsure why I feel the need to tell you this! 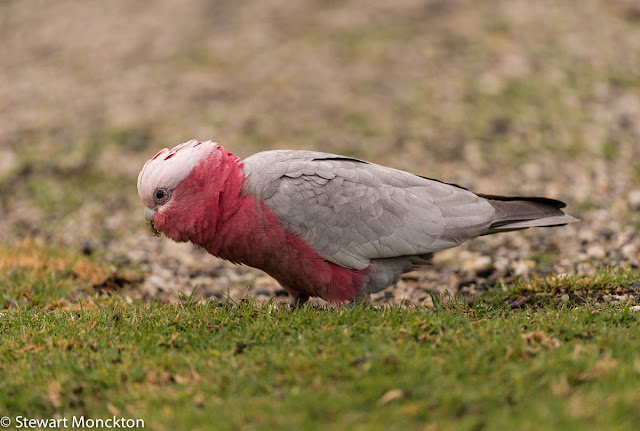 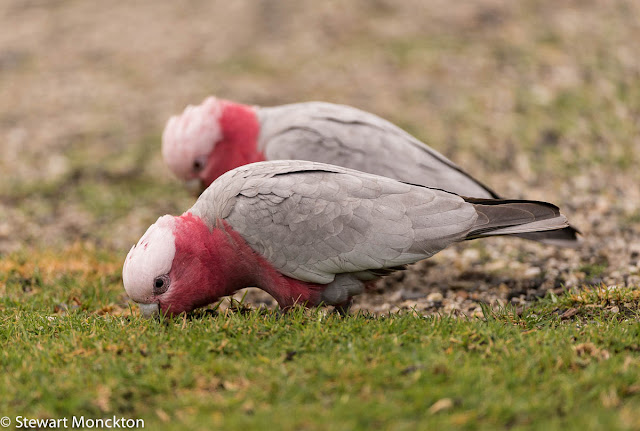 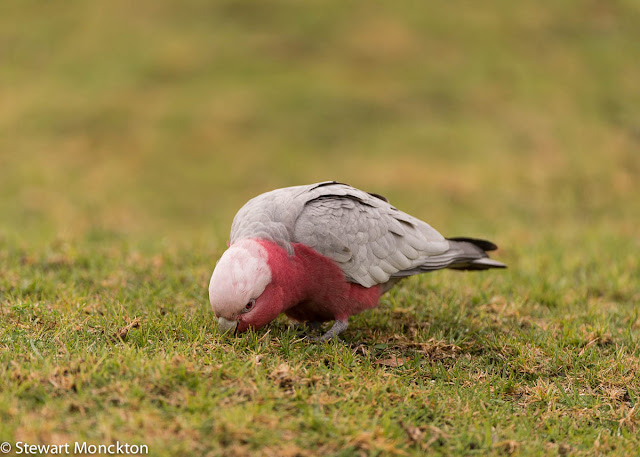 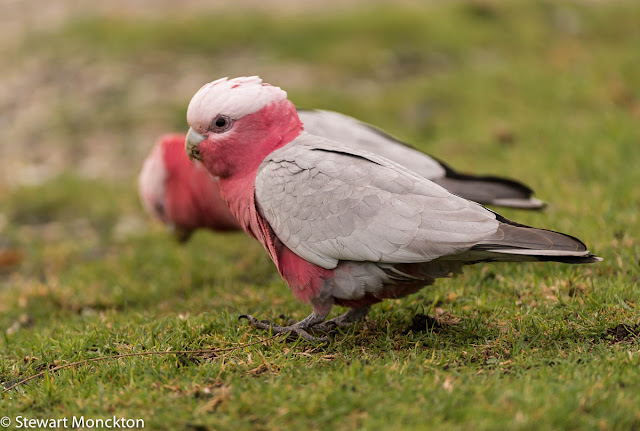 Once more it comes to the part of the post where I invite you to click on the blue button and join in with WBW - so, over to you!  SM
An InLinkz Link-up
Posted by Stewart M at 03:00