Island have a tendency to be occupied by unique species - I have already posted about the Woodhen which is a species that is endemic to Lord Howe.

Its species name is Strepera graculina crissali - which is a bit of a mouthful, the but the first two parts mean "jackdaw-like noisy bird".  This clearly comes from the 'crow' like appearance of the bird, and the fact that they are rather vocal.

The LHI subspecies has a larger beak than the mainland bird, but also has a distinctly different voice. They are inquisitive birds and will follow you about. The bird on the log here was making a very good effort to trash the log in search of food, and seemed not to mind as I shuffled along the ground towards it.  These pictures were taken in deep shade, so I used a flash which is not common for me.

I think you can tell that these are rather intelligent birds. 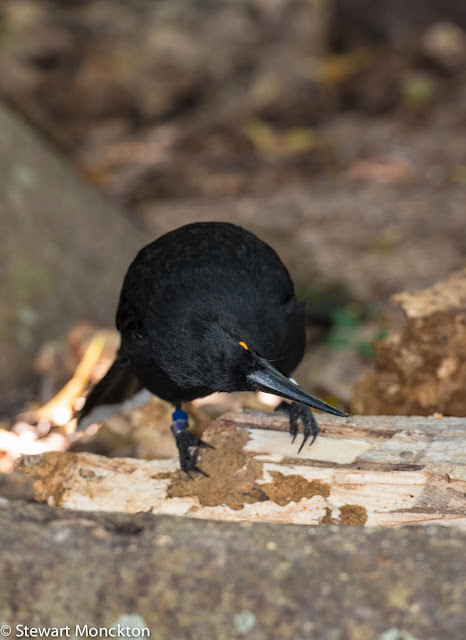 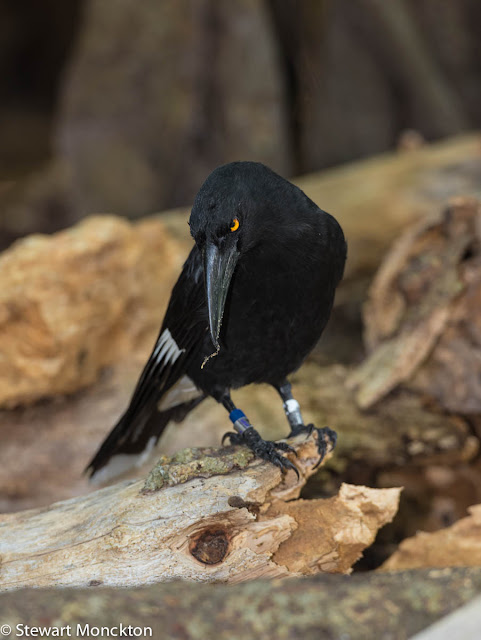 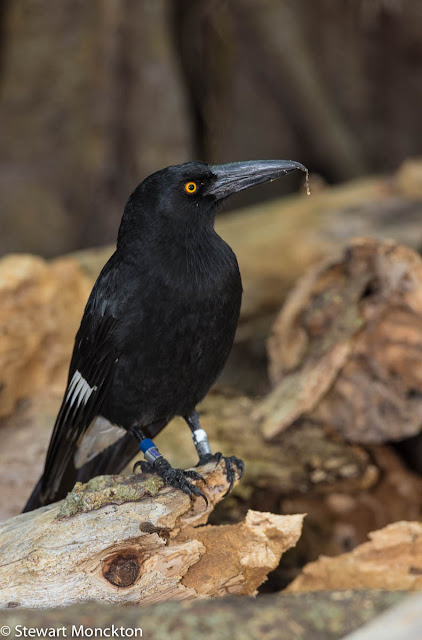 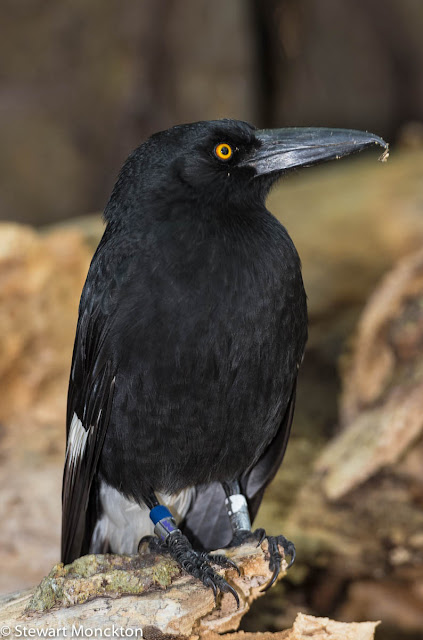 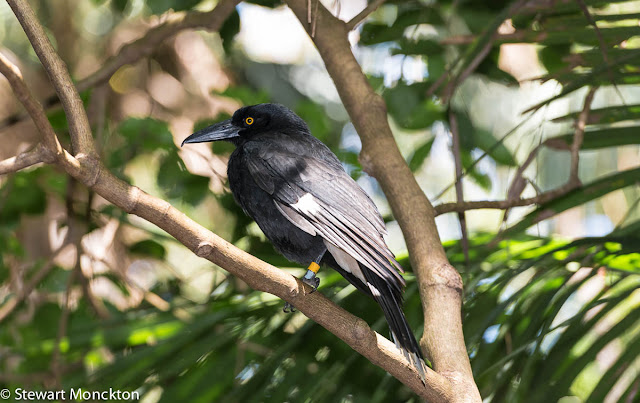 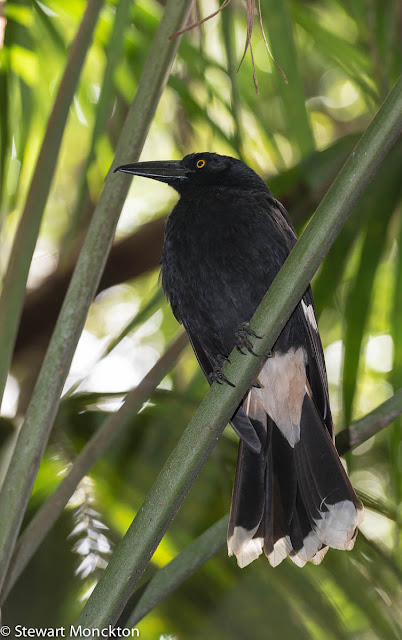 You can see pictures of the mainland Pied Currawongs here.

Now, its over to you - I will be away from my desk for a few days this week so replies may be a wee bit delayed.  Click on the blue button to join in!