During my trip on to Serendip Sanctuary this Saturday I was very pleased to encounter a flock of 30 or more White-winged Choughs.  I have never managed to get any pictures of this species before, so I  was thrilled to be able to sit almost in the middle of this flock as they washed in a spring and generally did some plumage maintenance.

I have always found this species a bit 'flighty' and have never been able to get up this close to them before.  The behaviour of this flock was much more in line with the 'text books' that say these birds are often tame and approachable.

The White-winged Chough (Corcorax melanorhamphos) is a member of the of a group of birds called the "Australian Mud Nesters" which reflects the fact that they make their nests from mud!  But much more interesting is that they are 'obligate co-coperative' breeders.  This means that an adult breeding pair can only successful breed when it has help from other birds.  These 'other birds' are often the offspring of the pair from previous years.  This breeding strategy is through necessary because of the difficulty just two birds would have in finding enough food to feed the current years chicks.

A number of people have suggested that this 'cooperative' approach, which is found in more species of birds in Australia than anywhere else in the world, is a result of Australia's highly variable climate.    A little bit of reading suggests that what I saw was in fact the aggregation of a number of breeding groups rather than one large one.   I have to say watching them was great fun as the squabbled and bickered with each other! 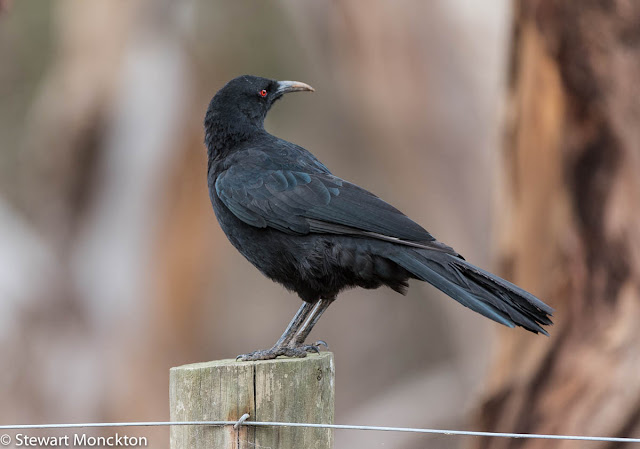 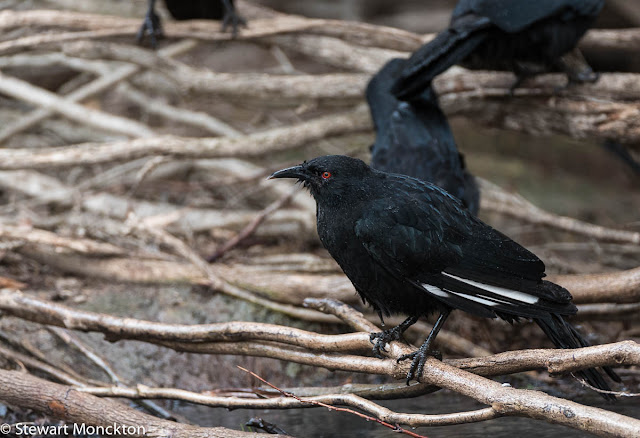 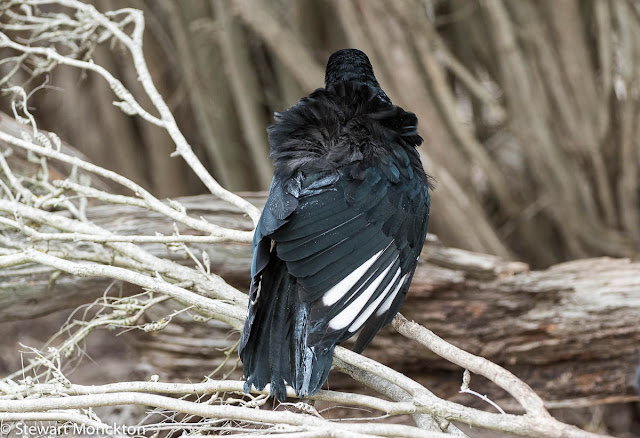 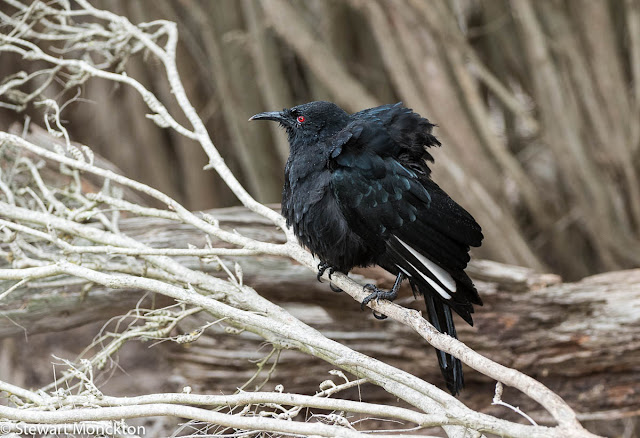 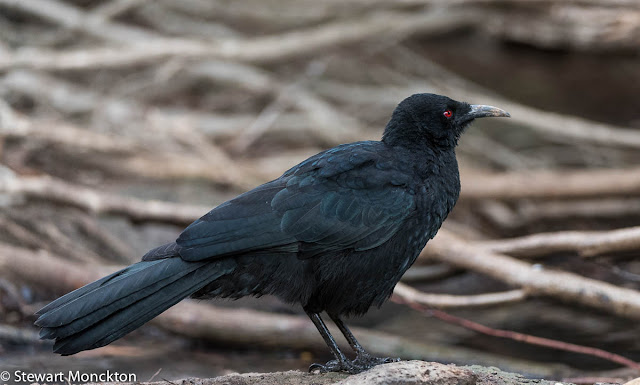 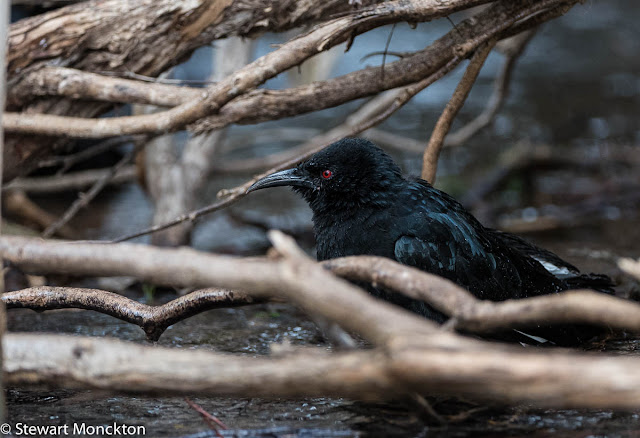 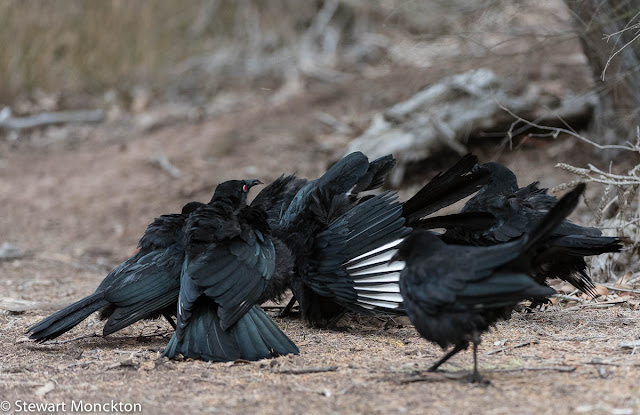 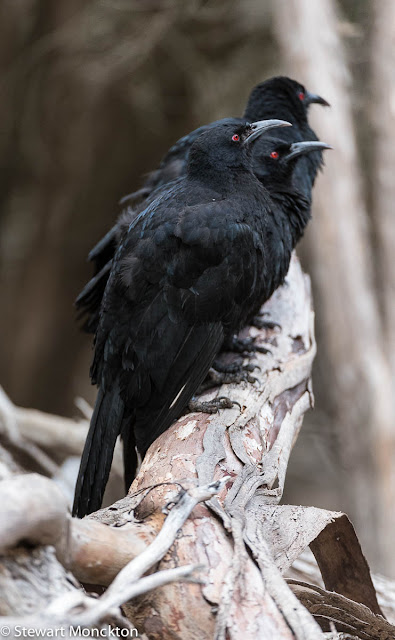 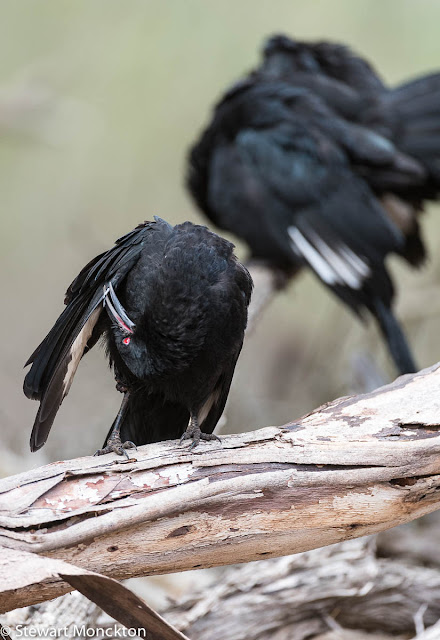 As you can see from the final image, the white-wing is not always visible - and can only be seen clearly when the bird is in flight.

Click on the familiar blue button to join in with WBW!

An InLinkz Link-up
Posted by Stewart M at 02:30