This is the first of a series of pictures I managed to take while we were away last week at Apollo Bay.  We had stayed in this house before, but this time - possibly due to a closer than normal spring - there were not as many flowers as in the past, and this meant that the birds were rather spread out - without a nice focal point to concentrate on.  As as I was trying to work out what to do, a Bassian Thrush (Zoothera lunulata) started feeding on a small patch of lawn to my right.

The Bassian Thrush is generally found in wet forests, and as one of those backed on to the block of land the house was on, it was no real surprise to find one on the lawn.  This bird looks a rather similar to the Song Thrush, and this was made more so by its lawn feeding.  However, the Song Thrush and Bassian Thrush are not in the same genus.

The Bassian Thrush feeds with a rapid stop start motion - dashing forward and then seeming to stop to listen.  I'm not sure if this is really what it is doing - but it does look like.  This individual bird was a lot 'braver' than some I have seen - in fact it got too close to focus on at one stage!

Close examination of some of the pictures shows that this bird has some form of lump in front of its left eye.  I only noticed it when I was processing the pictures. 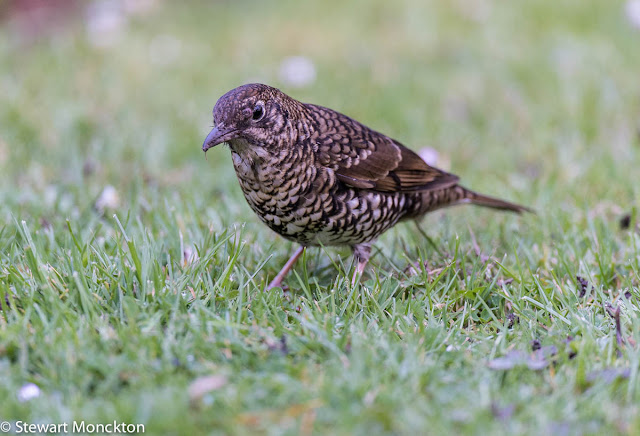 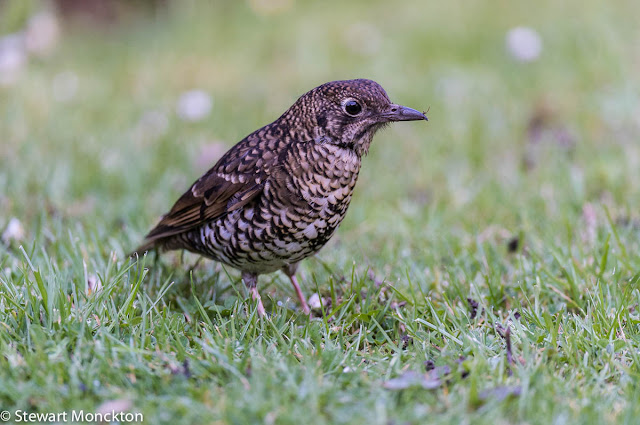 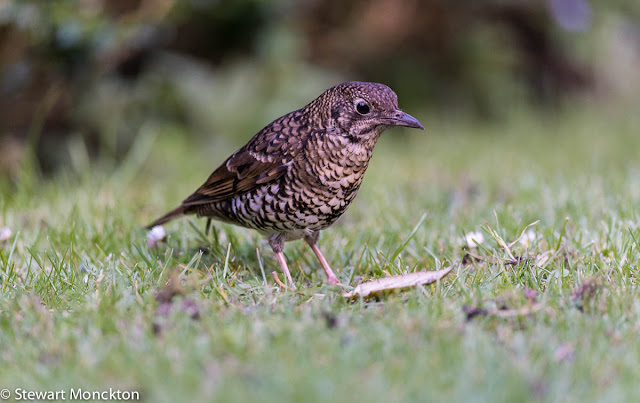 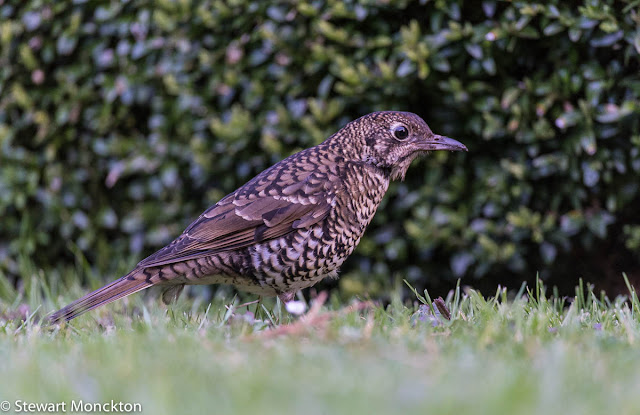 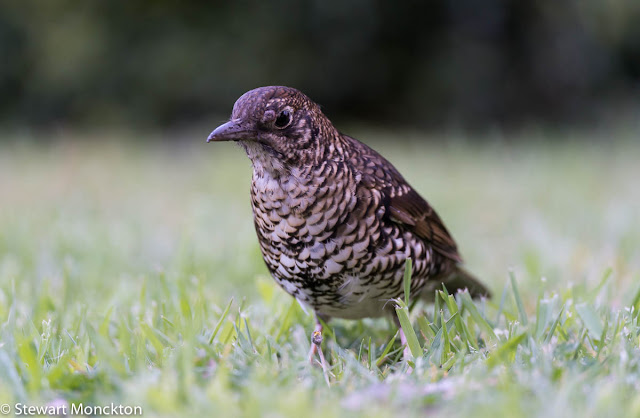 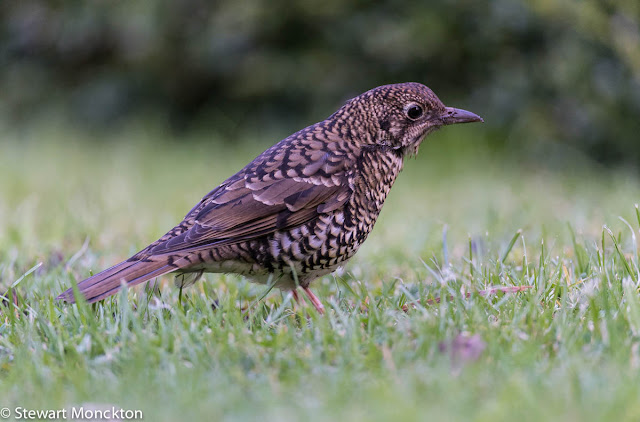 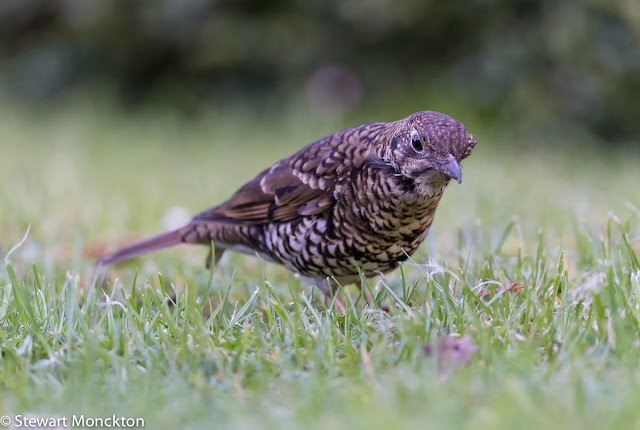 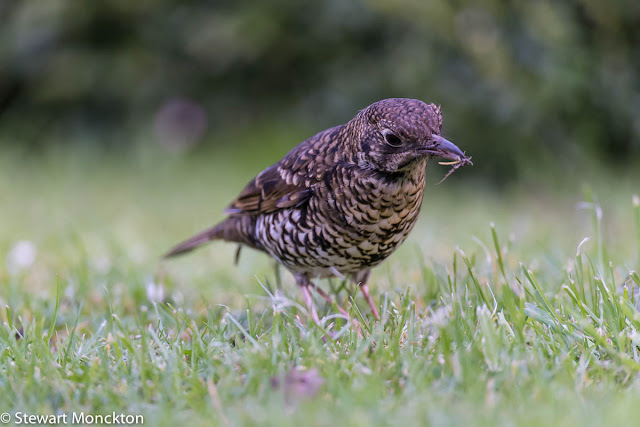 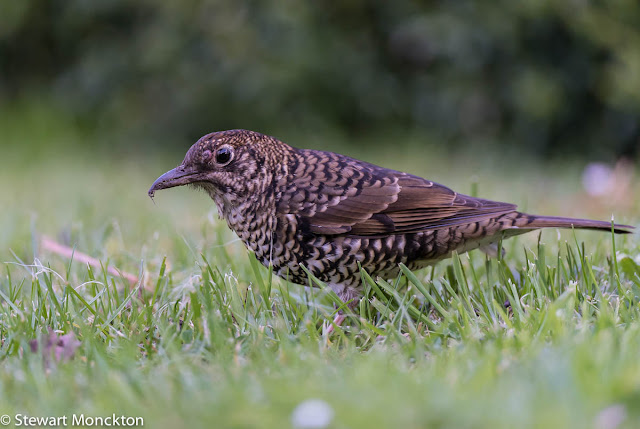 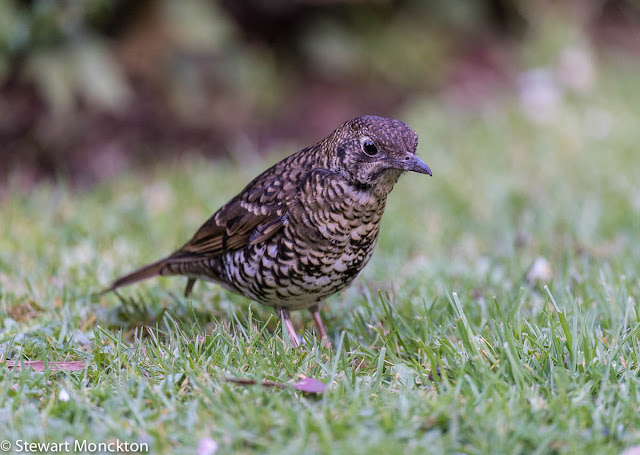 As ever you can join in with WBW by clicking on the blue button below. SM
An InLinkz Link-up
Posted by Stewart M at 03:00