There are 12 endemic species found in (and only in) Tasmania.  One of these is the Tasmanian Native-hen (Tribonyx mortierii).  This bird is a large, flightless rail, and it used to be classified into the genus Gallinula, along with birds such as the Moorhen.  However, the tides of taxonomy have moved into a much smaller genus - which contains only one other living species.

It tells you a good deal about these birds that one of their common names is the "Turbo-Chook".  They are fast moving, noisy and often seem to be of ill temper with member of their own species, and the world in general.

I actually found them hard to photograph, and saw daily saw them on verges by the side of the road as I was going past, heading somewhere else.  On our last day in Tasmania I found some in that same habitat, and having a bit of time to waste while I waited for the ferry home I photographed them.

I rather like the urban background to these images. 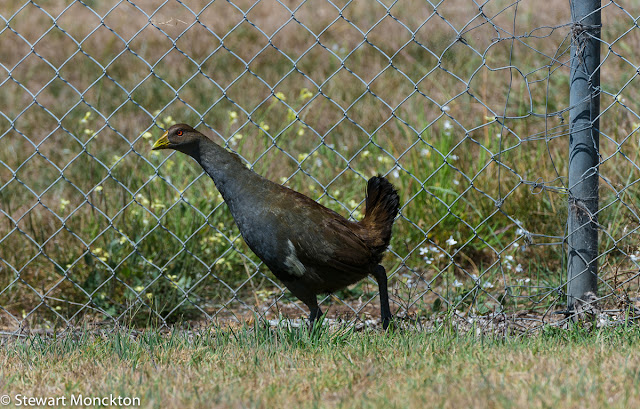 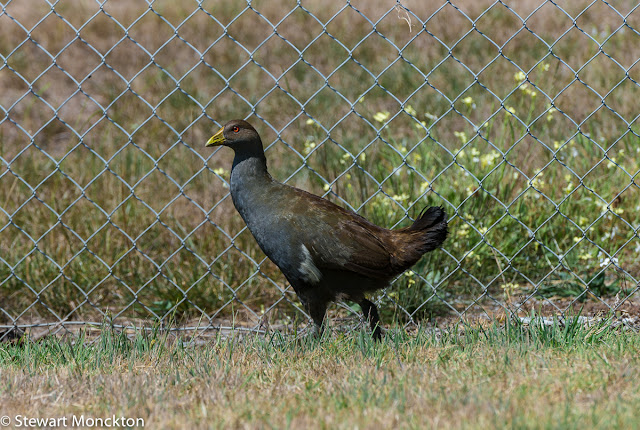 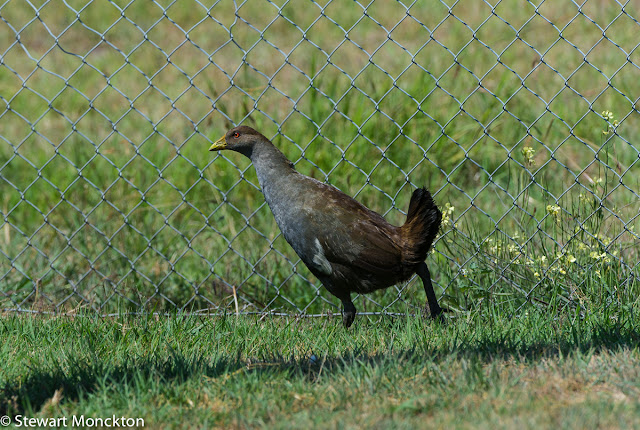 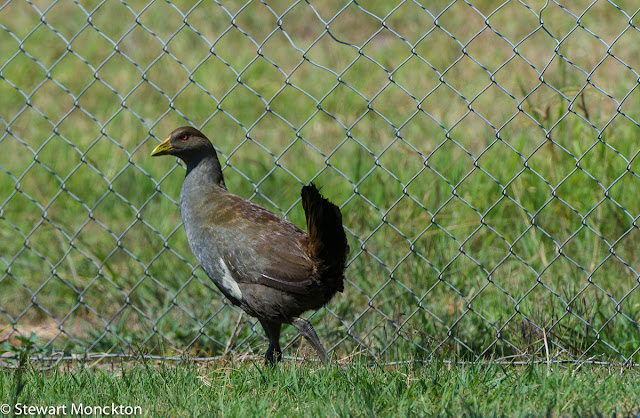 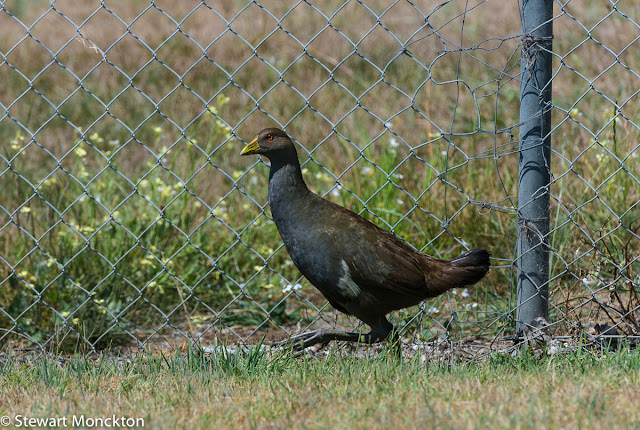 As ever, to join in with WBW just click on the blue button below the thumbnails - feel free to share a link to this page on the many and varied forms of social media that we now use every day!
An InLinkz Link-up
Posted by Stewart M at 03:00