Back to the robins for this week's WBW.
The Eastern Yellow Robin (Eopsaltria australis) is probably the most common robin in my part of the world.  Its range is from the extreme southeast corner of South Australia through most of Victoria and the western half of New South Wales and north as far as Cooktown.
It was also one of the robins that proved to be the most tricky to photograph during the 3 day tour!  Which is crazy really!
Anyway, as its name suggests this is not a red robin, but a yellow one.  The 'sticking out from a tree' position is a classic for this species. 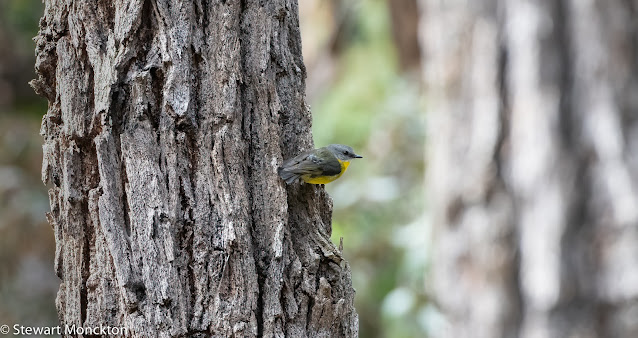 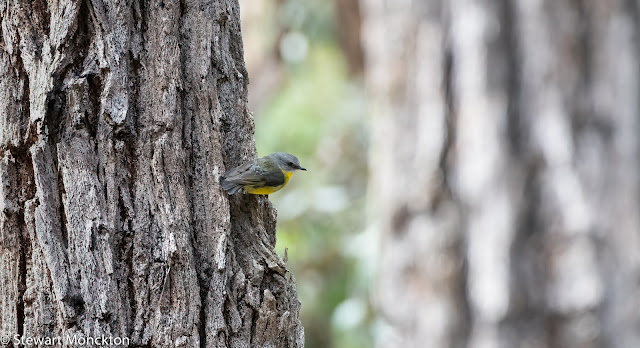 This pictures look much better enlarged.
To join in with WBW, click on the link below.  SM