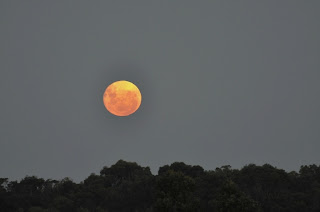 As I was just arriving at Point Lonsdale last weekend the Moon was just rising. I watched it rise over the trees as I was driving along the road, wishing I was where I was planning to be, fed up with being trapped in the metal box of a car. 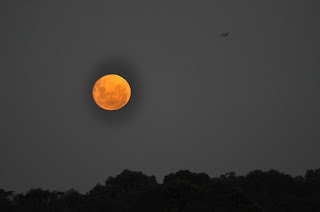 Eventually I found I place where I could look down hill at the Moon, as I wanted to have an empty foreground in any pictures I would take. These are the results. I was tired, fed up and hungry. I’m glad the pictures came out like they did. 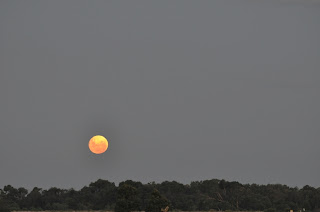 If the traffic had not been as heavy (we are talking aboutUK Bank Holliday type traffic for those of you who know about this sort of thing!) I would have missed this sight. I suppose I should consider it a bonus! The other evenings in the weekend were cloudy, so these were the best views I got, which were, if the truth be told and I could stop being grumpy, rather magnificent! 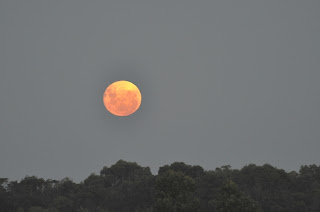 You can find more picture of the sky doing its rather wondrous thing at SkyWatch Friday.

You can find the latest post to my other blog by clicking the Paying Ready Attention image on the RHS of the screen.