These parrots were common around my hotel on Oman - and while these birds are not truly native to Oman they have become established in a large number of places.  They are wide spread in the Middle East, but apparently any birds "outside of Iran probably originate from escapes".  If that is the case they are doing very well because there were dozens over them!

This bird is also known as the Ring-necked Parakeet and goes by the scientific name of Psittacula krameri.  Its about 42 cm long and likes to make a lot of noise.  They seemed to gather in flocks in the evening, and could often be seen flying off to locations unknown - presumably to roost.

I had only seen this bird once - in Australia a few week before, where it was an obvious cage escapee.  So, this is another life bird - although seeing a bird from a feral population never really feels the same as  seeing truly wide native bird. 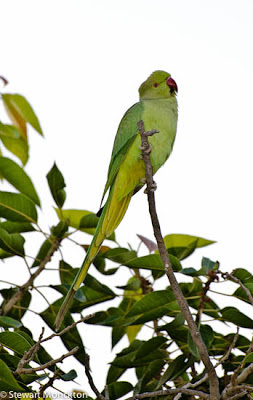 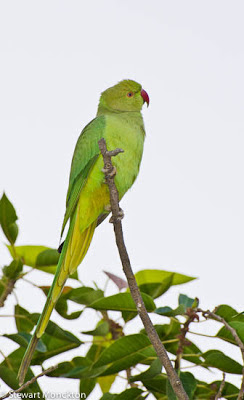 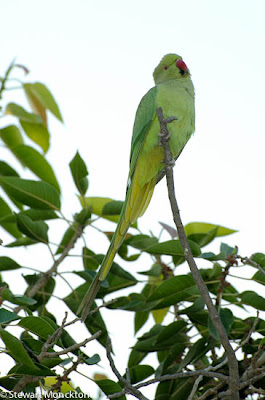 So, now its your turn!

Click on the link below to join in WBW!  Visit as may WBWers as you can and say hello!

Now - here is a request:  why not send a link to WBW to a blogger who you think would like to be involved but is not yet in this "club"!  The bigger the better!