A short drive from the 12 Apostles you can see another feature carved from the soft rock of Victoria - this one is called London Bridge.  And, just like the one in the song this bridge has fallen down.

On the 15th January 1990 this geological version of London Bridge did in fact fall down.  The used to a rock arch that linked the now isolated pillar to the coast.  Two tourists were trapped on the still standing section, and were rescued by helicopter.  They must still be telling that story!

It takes almost no imagination to see why this coast is changing so quickly - the waves surge all over the rock and the water swarms at the base of the pillar.  You leave the viewpoints without any doubt about the power of the ocean. 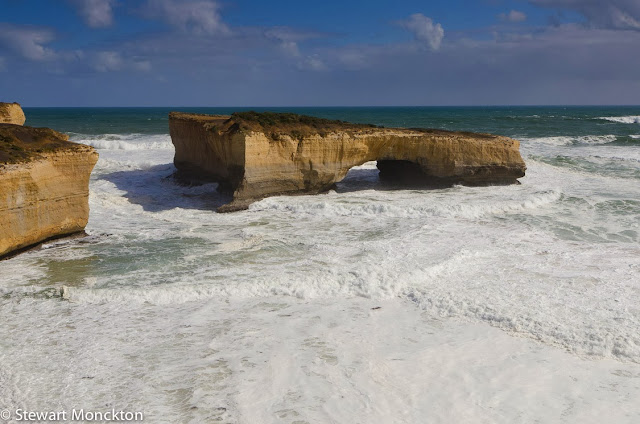 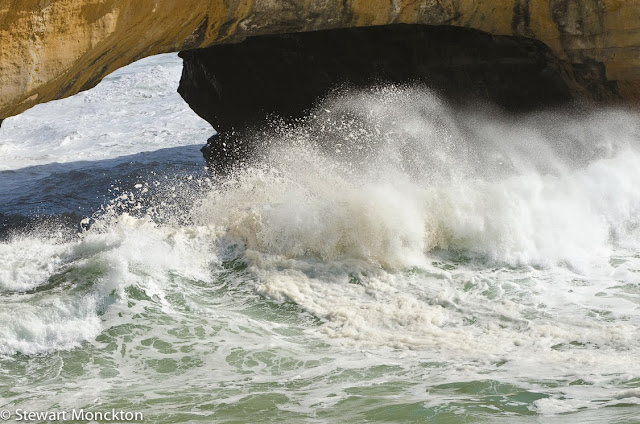 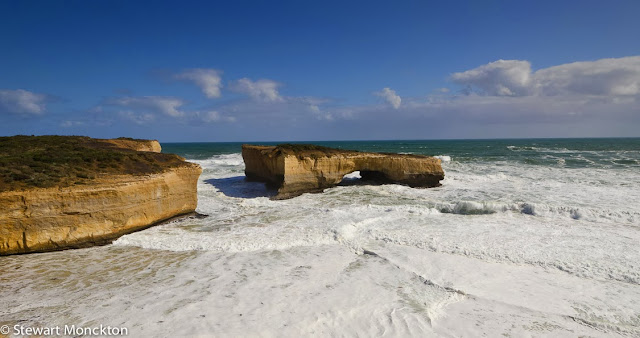 You can find more shots from around the world at Our World Tuesday.
Posted by Stewart M at 20:37