The Red Wattlebird is a common enough garden bird in the leafy suburbs of Melbourne.  As a result it came as a bit of a shock to realise that I did not have any pictures of them.  That they are lovers of undergrowth and the middle of bushes may go some way to explain there absence from my catalogue!

The bird in these pictures was a little more accommodating than most, not only did it sit out in the open for a while it also sat still as well.  Thank you bird!

If you have a look at the images in larger view (ie click on them!) you should be able to see the red flap of skin that gives these birds their name - the red wattle.

These birds feed on the nectar of flowering plants, mainly gum trees.  It is this flower fetish that gives the bird part of its scientific name - Anthochaera carunculata.  This means (and I'm not making this up!)  "Flower fancier with little fleshy bits"!  I'm going to have difficulty finding a better snippet of taxonomic wisdom than that!

At 35 cm long these are one of the largest of the honeyeaters.  At best its voice could be described as harshly metallic, and it worst simply awful.  And loud!

The young birds are an older picture I took a year or so back. 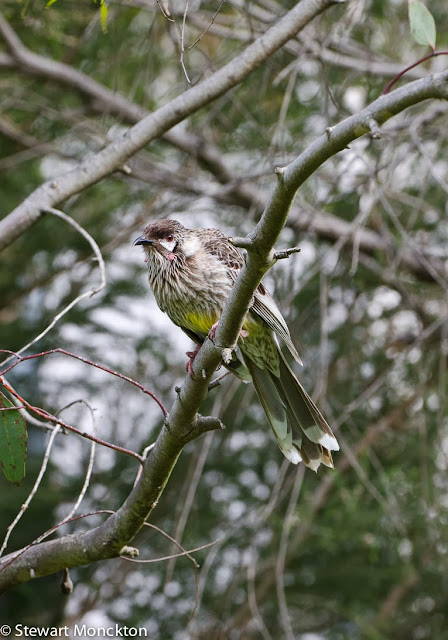 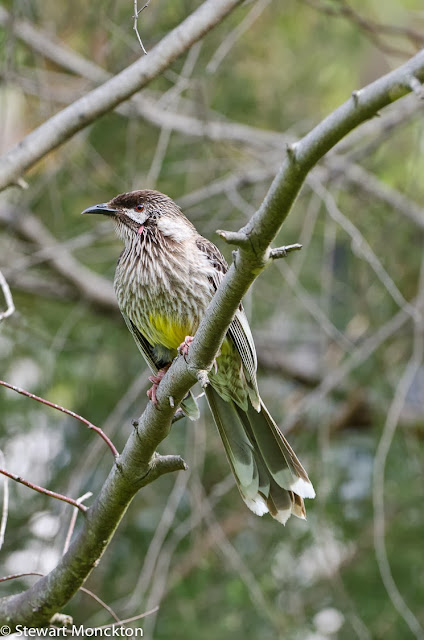 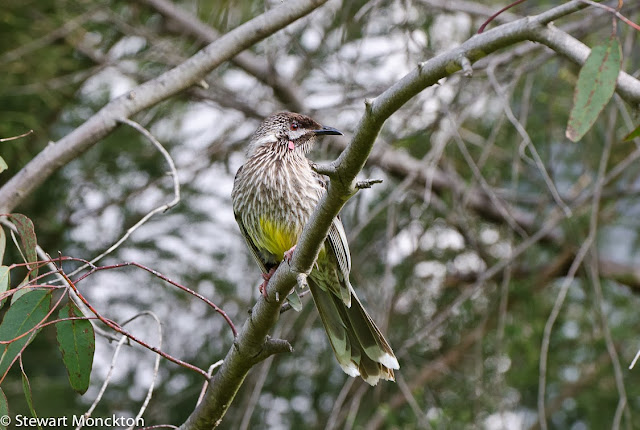 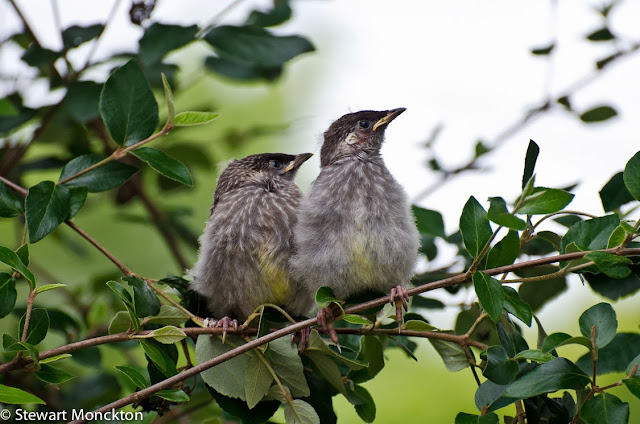 Now it's over to you.

Click on the link and off you go.  Feel free to invite bloggers from near and far, frequent and irregular to join in.