If you happen to have posted any pictures of gulls on your blog, it is more than likely that I have mentioned that we don't have many species of gulls in Australia in a comment.

Back in the dim and distant past I used to try to find 'interesting' gulls in the UK - all with a consistent level of failure I must say.  I still scan gull flocks here, but the chance of finding anything other than a Silver Gull (our default 'sea-gull'), a massive looking Pacific Gull or the rather restricted Kelp Gull, are pretty slim.

These are some shots I took of Pacific Gulls that were loafing around on the beach at Walkerville, a small seaside community about 2 1/4 hours SE of Melbourne.

While scale is hard to judge, the size and shape of the beak gives a reasonable indication that this bird is huge. Large males can weigh over 1.5 kg and have a wingspan of almost 170 cm.  The banded birds in these shots were either banded as chicks - or by people with no regard for their own safety!

This bird is in the 'classic' gull genus - Larus - and its specific name 'pacificus' is as misleading as its common name.  In reality this is a bird of the Southern Ocean.

I rather like these birds - especially the juvenile doing a spot of yoga! 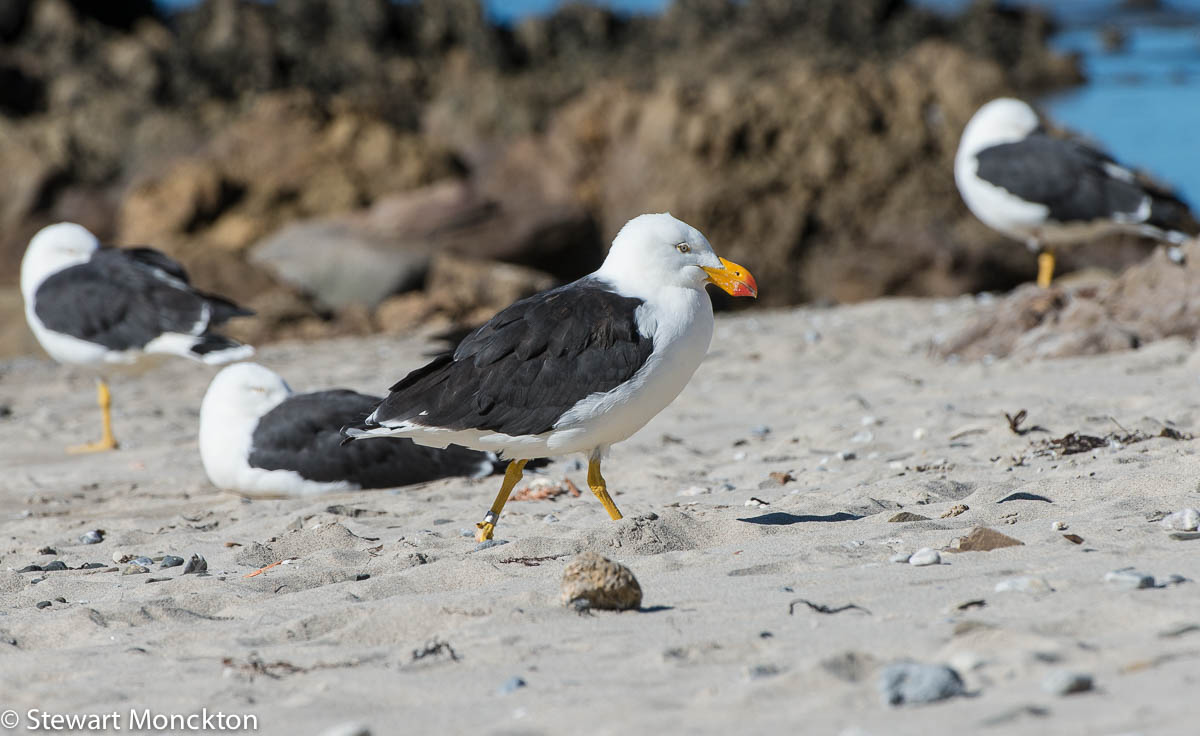 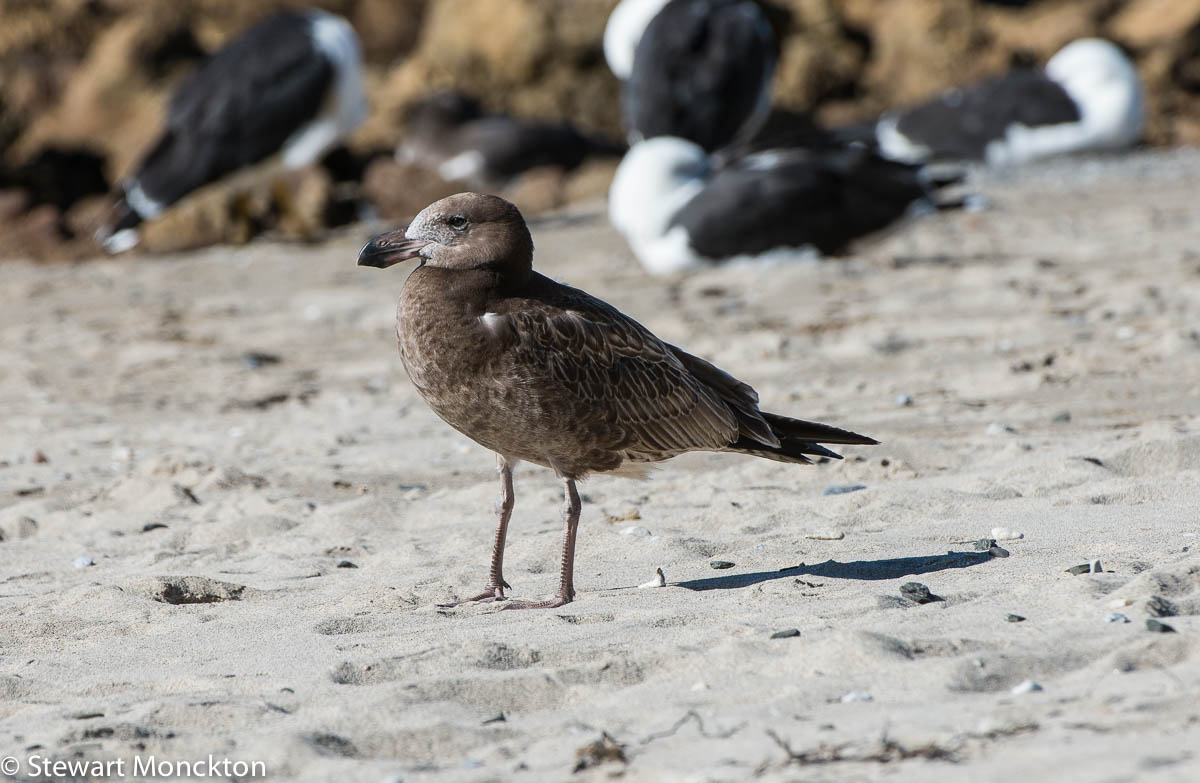 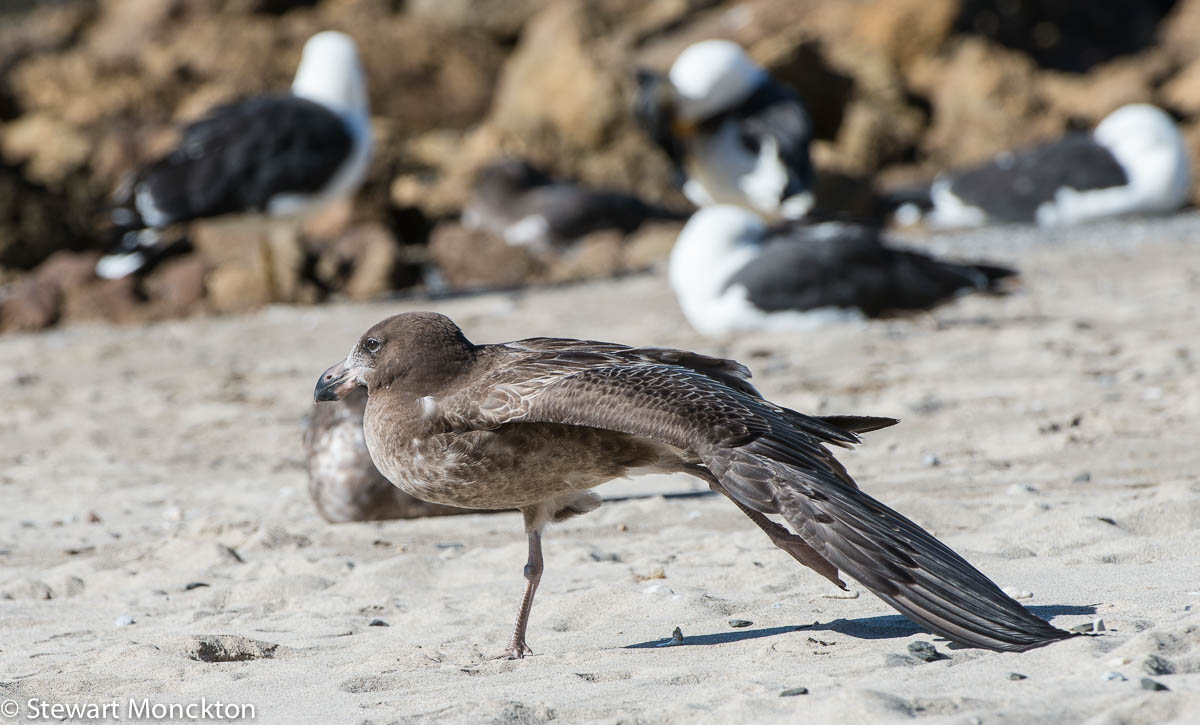 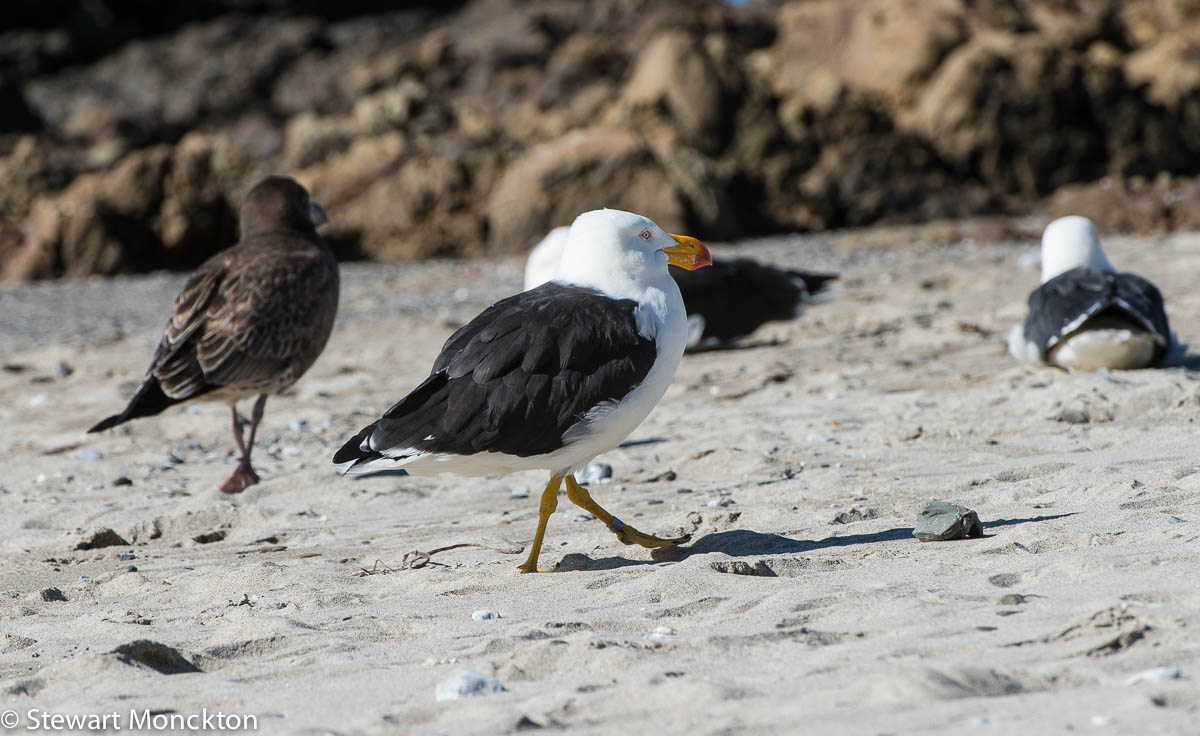 Now its over to you - click the blue button and off you go.  And don't forget to visit other WBWers and to leave a comment to say you visited!  Cheers SM.
An InLinkz Link-up
Posted by Stewart M at 03:00