Some birds do seem to get a bad press in the field guides - this little bird is described as 'skulking' and its voice 'mournful'.  What this means to birders is that it may be a little difficult to see and that its voice is never going to be used as a ring tone.

But what this really means in biological sense, where it matters most, is that its behaviour is suitable to its habitat and its voice carries what ever information and meaning it needs!

Anyway, enough of my defence of the Little Grassbird (Megalurus gramineus), on to the pictures.  This bird was feeding in some short vegetation on the edge of a coastal wetland, just near where I took last weeks Pelicans images.  I think it may have been used to collecting food scraps from the tables nearby as it as not in the least bothered (as far as I could tell) by my presence.

This bird is about the same size as a House Sparrow, but a little leaner. 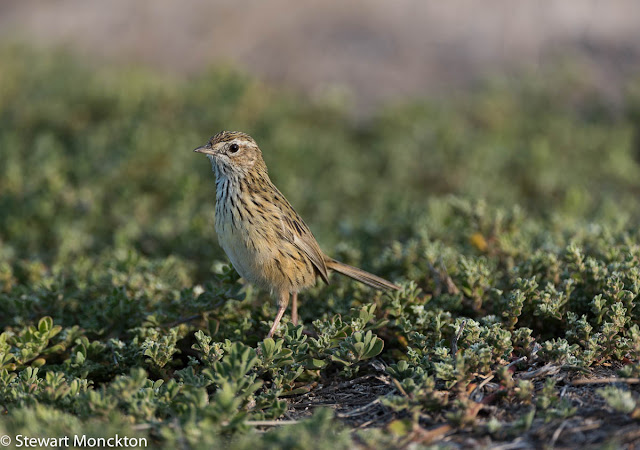 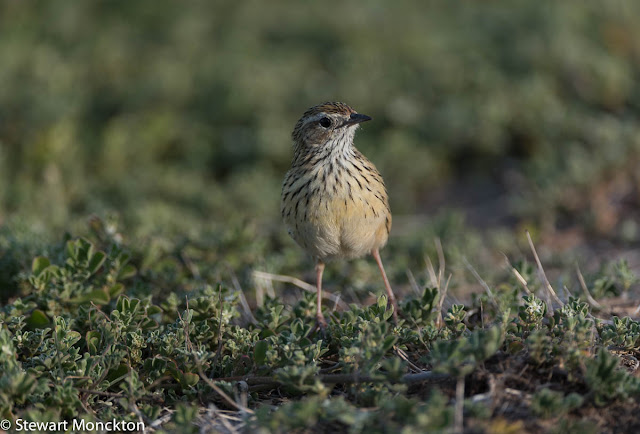 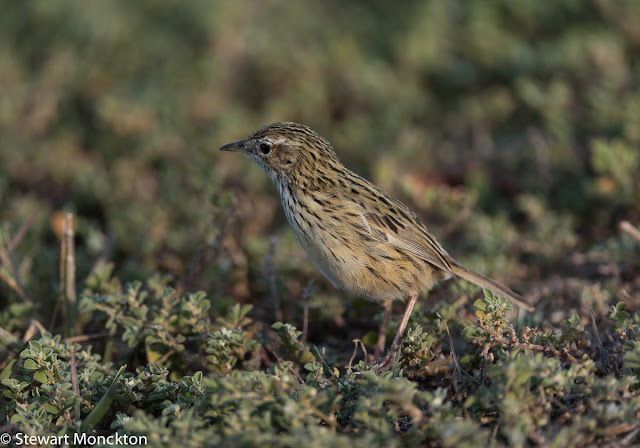 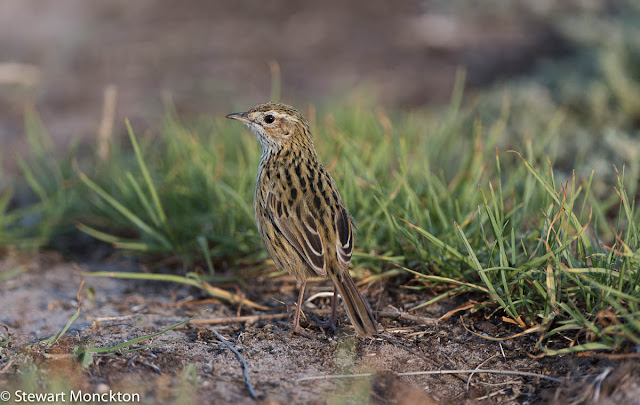 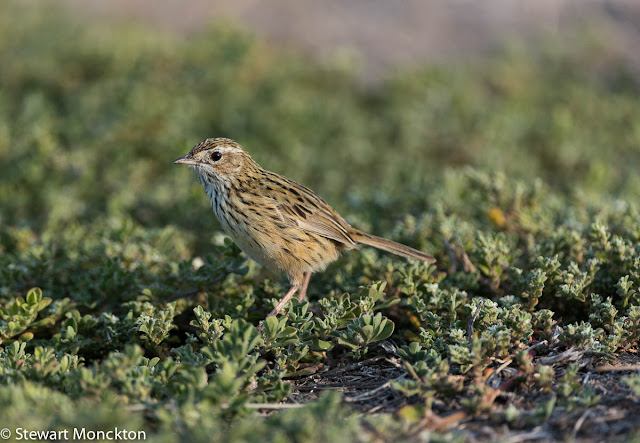 And now it's over to you - click the Blue Button below, paste in your blog posts URL into the widget that appears and you will have joined the WBW community!  SM