Although the Chestnut Teal is common enough in my part of the world, I still like finding them - especially when the males are in almost perfect condition.

As is often the way in the world of birds the female is somewhat less colourful, and in fact they can be hard to separate from the rather less colourful Grey Teal at times (OK, most of the time!)

These ducks were on a local pond, and seem to be rather more relaxed then some.  Although bread feeding is not good for the health of the birds, it does make for rather easier than normal photography.

The Chestnut Teal's official name is Anas castanea, which means that it is in the same genus as the very familiar Mallard.  The name Anas castanea means Chestnut duck - which only really applies to the male; so the ladies can feel rather left out. 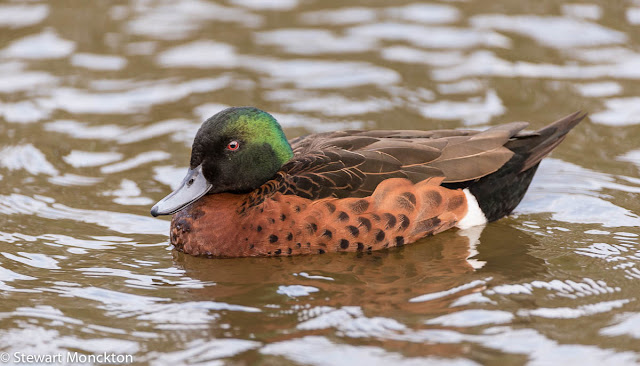 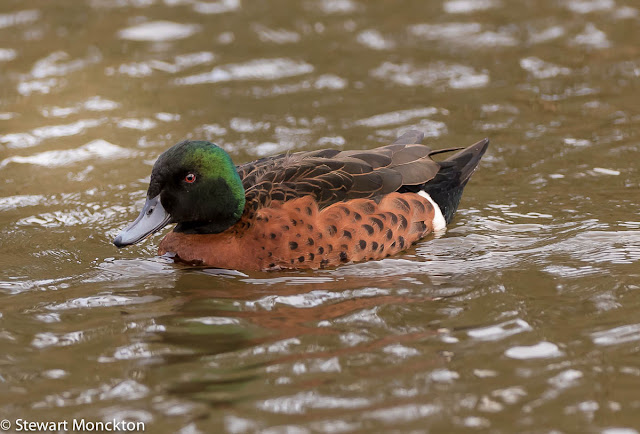 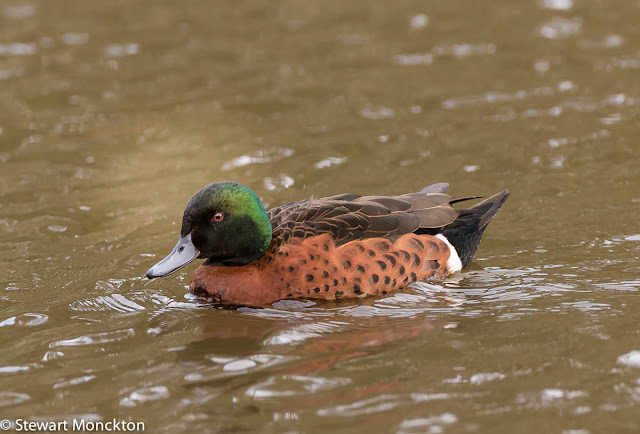 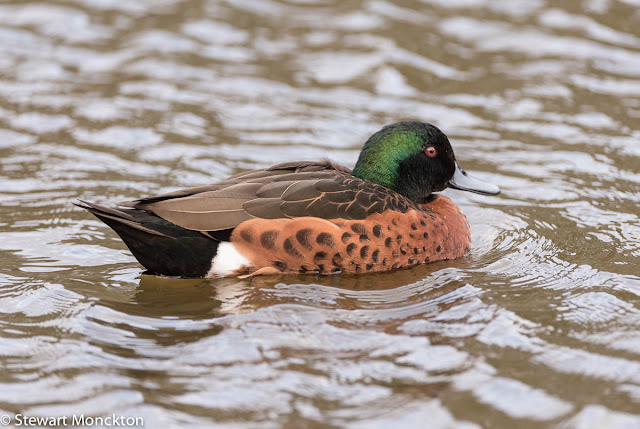 Not a lot of action in these pictures I grant you - but that bottle green head is a cracking colour.

(As a note the next month will be really busy for me - WBW will appear as expected, but that may be about it!  So, if you comment and I don't seem to reply, it could be because I am up to my neck in work, or on a plane, or jet lagged or all three at the same time - but trust me, I will get back to you in the end!)

So, now thats out in the open, if you click on the familiar blue button below you can join in with WBW!