Hard to believe its just under a year since I was thinking - wow 100 WBWs, but the passage of the years does not lie.

Todays pictures are of one of our ore cooperative birds - the Crested Tern.  It's not that these birds are tame, or even used to people feeding them (and no, I did not lure the ducks towards me with bread last week, I just waited until some other people did!), but at least these birds don't fly off at the very sight of a person with a camera.

These shots were taken at two different locations - the first set at Swan Bay Jetty, nr. Point Lonsdale and the second on the beach at Ocean Grove.  Both of these locations are on the Bellarine Peninsula, to the west of Melbourne.

If Silver Gulls are our default gull in this part of the world, then the Crested Tern is the default tern. None of these birds are in their full breeding plumage - but they still look pretty good.  These birds at a little over 40cm from tip to tail and have a wing span of about 100cm.  So all in all they are a good looking bird.

You can see that it is raining in the second set of pictures - which just shows the lengths I go to to keep WBW up and running! 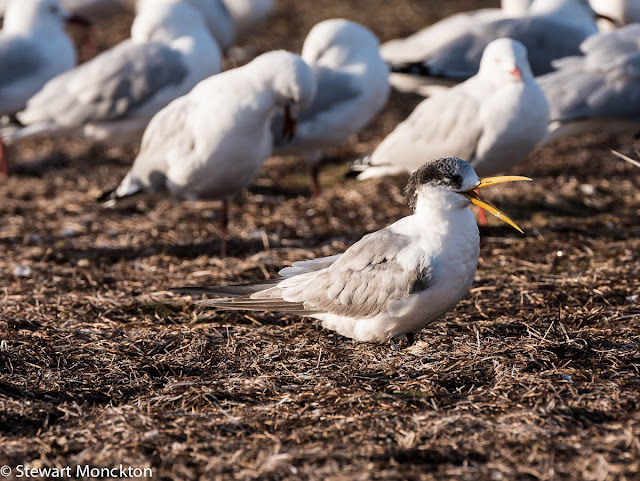 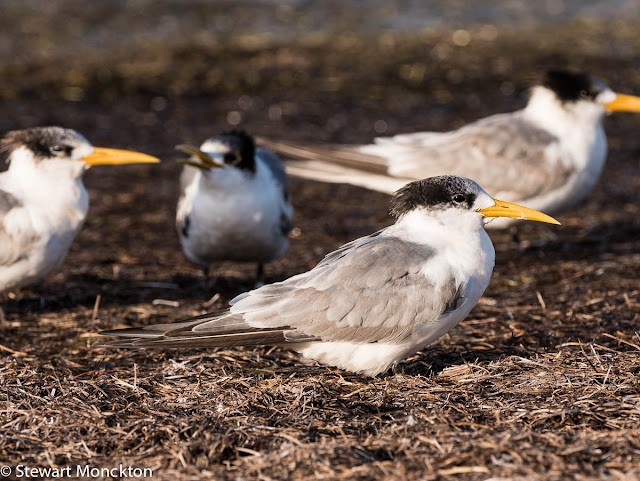 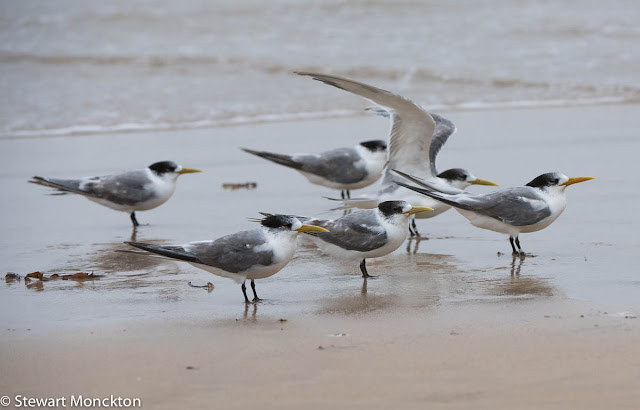 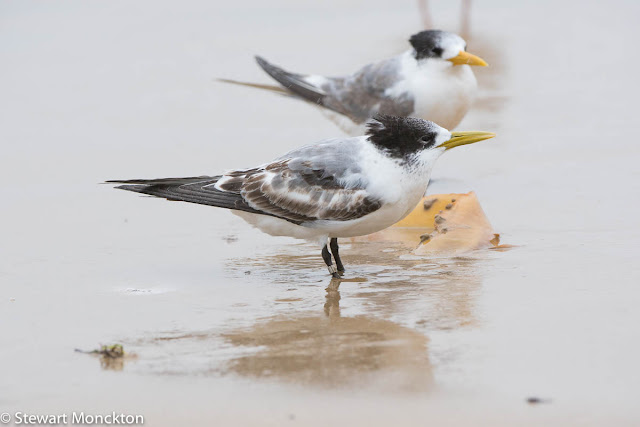 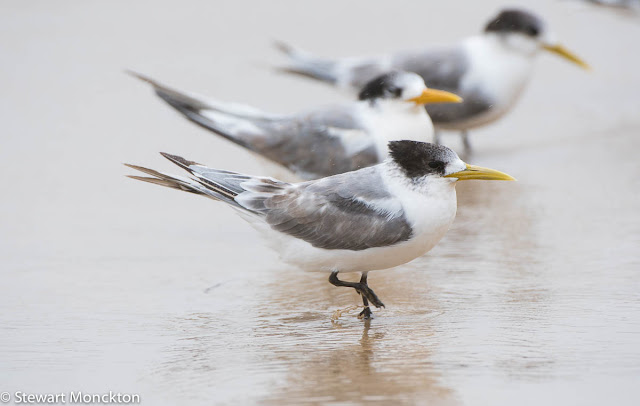 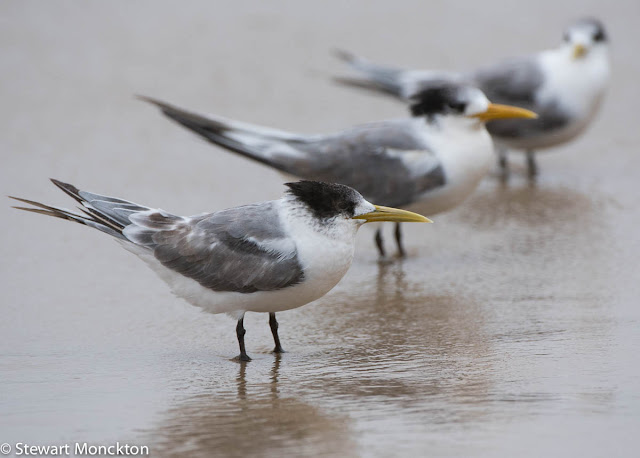