While I was watching the sea birds at Bempton Cliffs I was visited by this rather inquisitive Jackdaw.    I rather like these images - the first has my 'trademark' out of focus vegetation and in the second I really like the position of the flowers and the look in the birds eye.

Jackdaws are the UK's smallest crow - and given that almost all black birds (except the Blackbird!) are called crows by non-birders this is a bird that is often overlooked by the general public.  The birds name is at least in part an onomatopoeic rendering of its classic 'chak - chak' call.   Its formal name Corvus monedula  places it in the same genus as many of the 'classic' crows.

These birds were common near where I lived as a kid - and also seemed to like living on or in the towers of the classically square church towers that are found in Somerset. 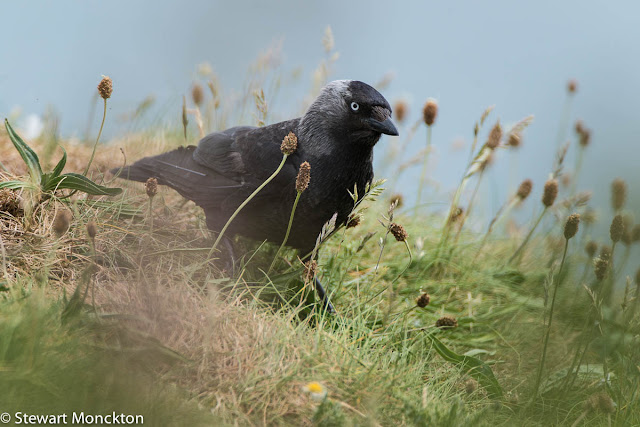 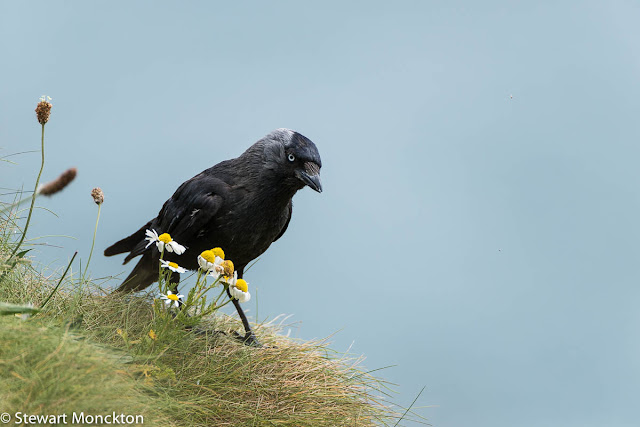 These may not be the find of bird that people travel very far to see, but I still think that says more about birders than it does this bird!

Now it's over to you to join in with WBW.  Click the blue button and off you go!  Also, if you happen to be involved in any social media sites - Facebook and the like - why not share this page (and future WBWs) to get more people involved.  Cheers - SM
An InLinkz Link-up
Posted by Stewart M at 03:00