The Ghosts of Summer

On about the second or third day after I migrated to Australia, I went for a drive into the hills beyond Melbourne.  That was the first day I ever heard the screaming buzz of thousands of cicadas, forming a kind of rhythmic background noise to a hot day.  That noise had be synonymous with hot days ever since.

Cicadas spend much of their lives in the soil as nymphs, before they crawl up some convenient  object and burst, alien like, from their own skin to become the adults we hear, not do not often see.  This means that the discarded shells of the last nymphal stage of their lives is the most commonly seem aspect of these insects lives.

Lord Howe Island has just one species of cicada, and what it lacks in size it makes up for in noise! They were the dominant sound on the island during our most recent trip to the Island.  At times the noise would start up like somebody had flicked a switch - and it could also fall silent in a similar way.

These are not shots of the adult, but just the abandoned cases. 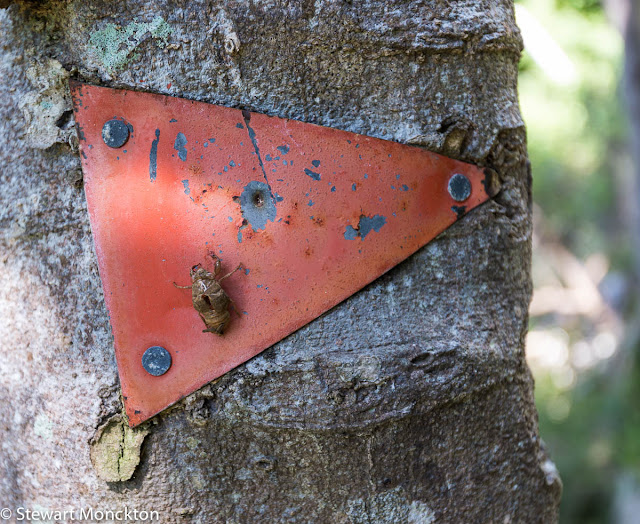 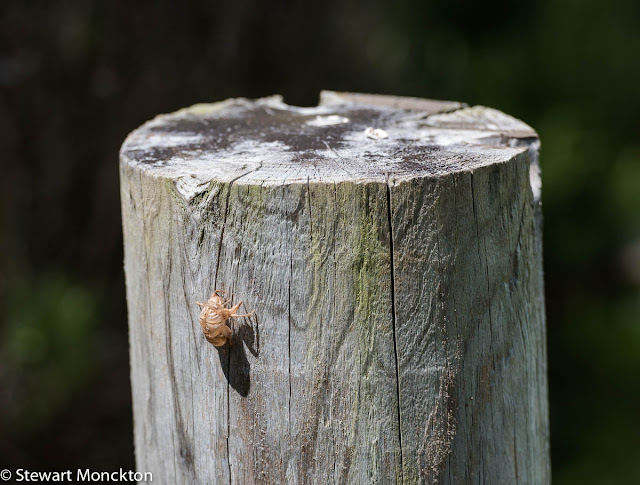 In both pictures I choose not to get too close to the 'skin' as I think a little distance gives them a better feel for how you find them.

You can find more macro shots (if this is what these are) at Macro Monday and I love Macro.
Posted by Stewart M at 13:53