These pictures were taken during one of my favourite parts of my birding trip to Lord Howe Island.  As a group, we had walked along a picture perfect beach and visited a breeding colony of Black Noddys.  After ten or 15 minutes all of the rest of the group left to go and watch some Sooty Terns.  That left me and the Noddys all to ourselves.

If wildlife photography needs one thing (apart from a bit of luck), it's stillness.  I set the camera on a tripod and just stood and waited.  After a while the birds starting feeding their chicks.  Small faces would appear from under the sitting adult, and small silver fish would be hacked up by the adult in response to the demands on the young.  In a few cases, a strand of clear but slimy stuff would linger between the adult and the chick.  Connected indeed.

The formal name of this bird - Anous minutus - refers to the fact that it smaller than the Brown (or Common) Noddy.   One of the other differences between this species and the Brown Noddy is that this species actually builds a nest, where as Brown Noddys just (at best) place a few bits and pieces on a bush and lay eggs there. 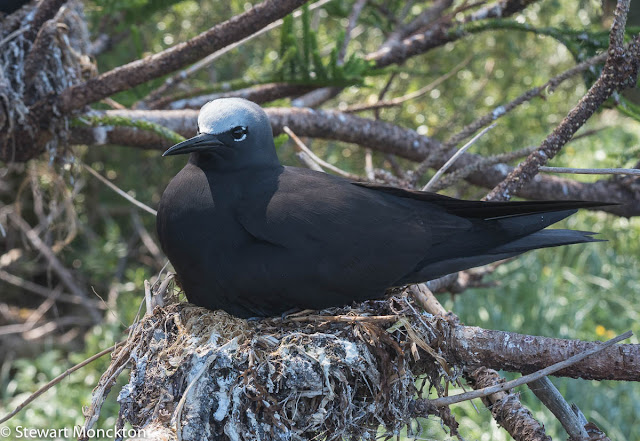 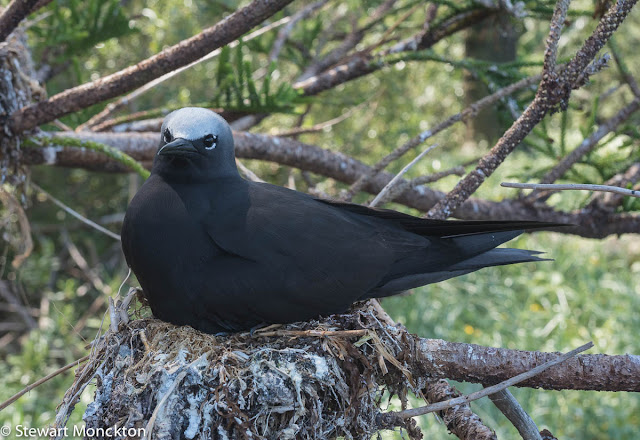 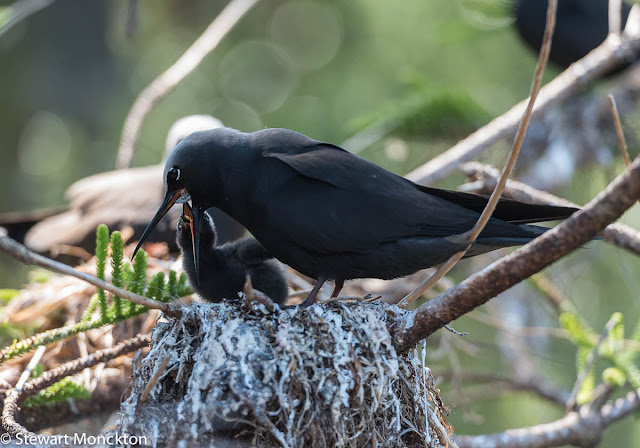 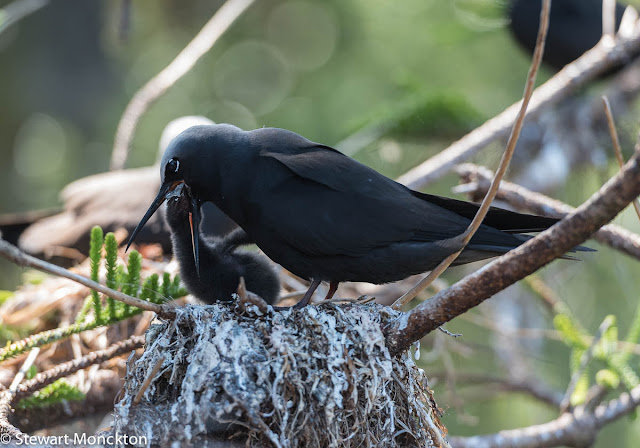 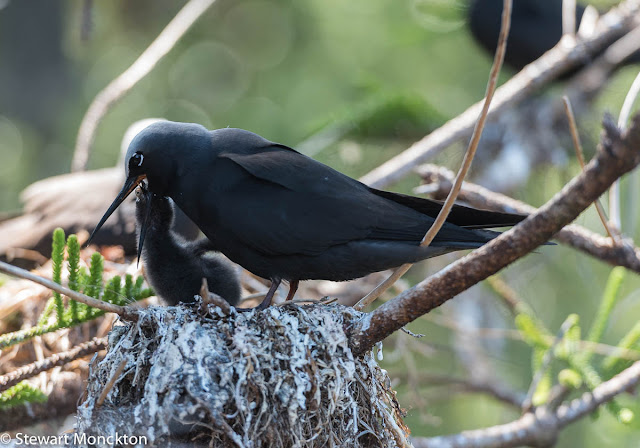 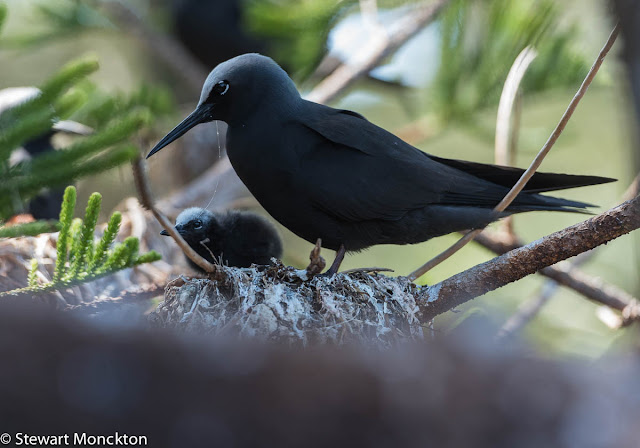 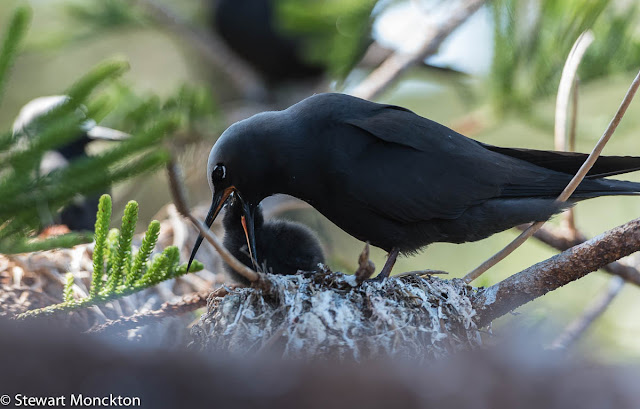 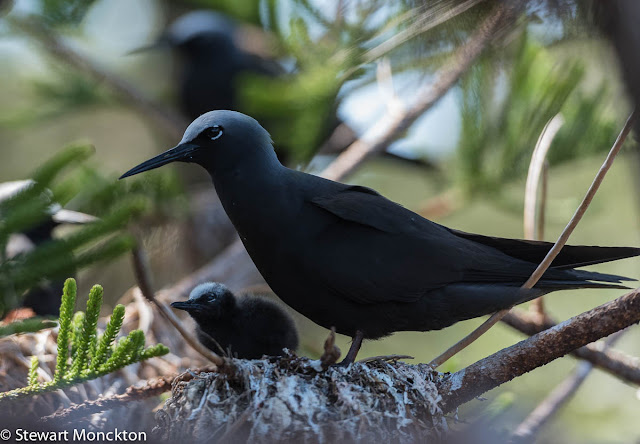 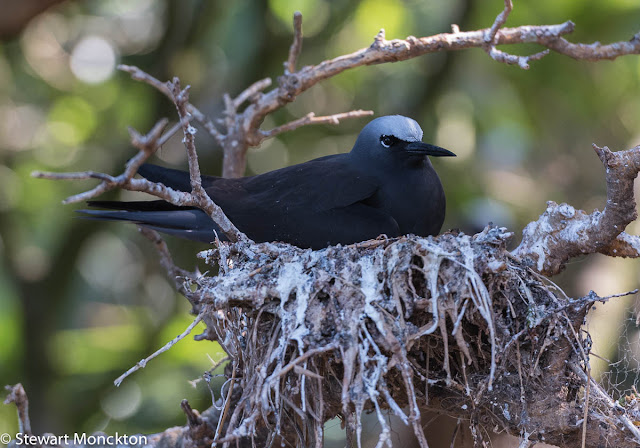 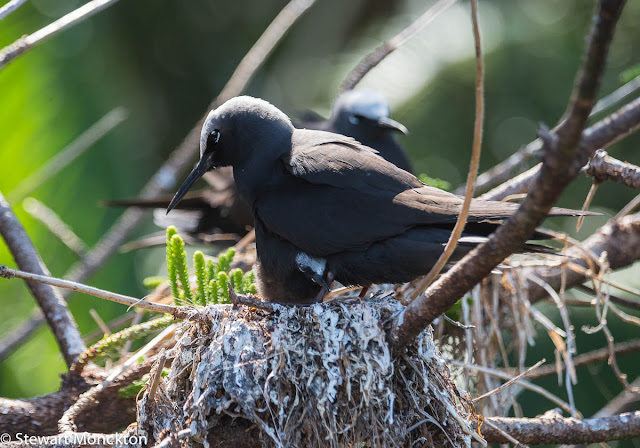 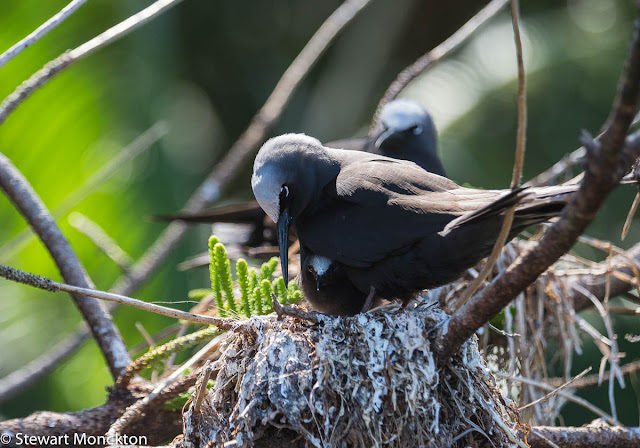 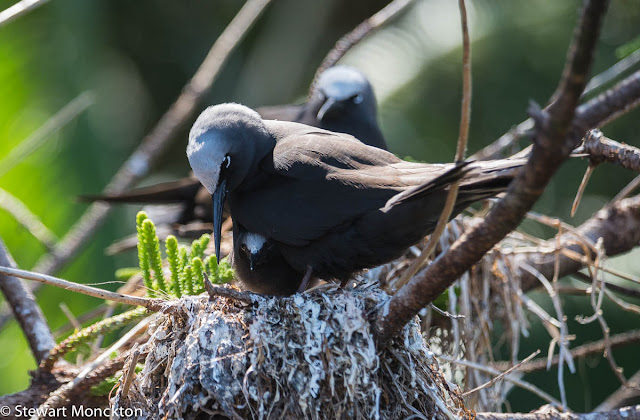 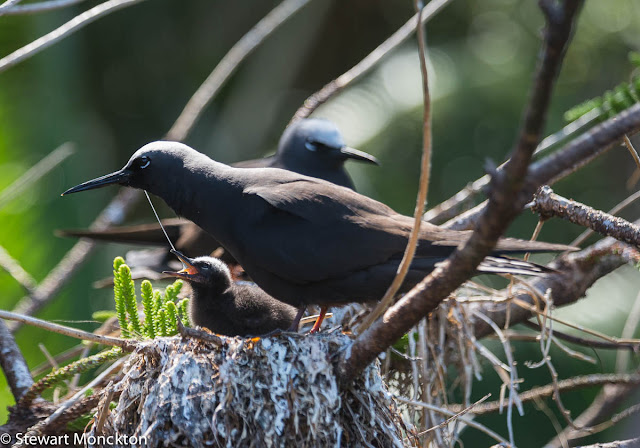 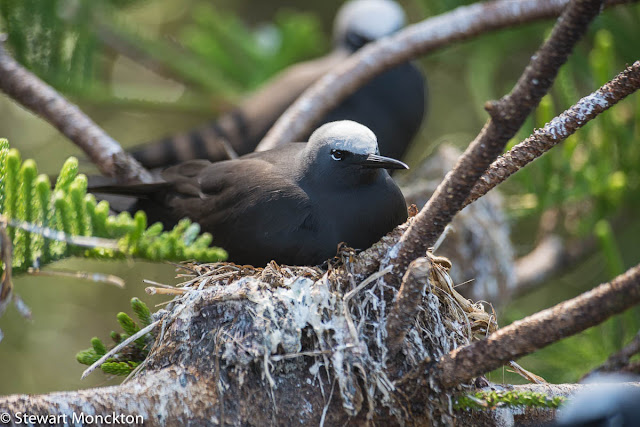 I'm up to my ears in work and other such stuff so I may be a little slow in responding over the next couple of weeks.  But I will get there in the end!

Now click on the blue button and off you go into the world of WBW!
An InLinkz Link-up
Posted by Stewart M at 03:00