A slice of pure Australiana this week - these are Black Wallabys, or as I was introduced to them Swamp Wallabys.

These are a solitary wallaby that I tend to see the rear of more often than the front - they are a wee bit shy and tend to bounce off at the slightest sound.  The first set of shot show how effective a car can be as a hide (blind) when photographing wildlife.  The first three pictures were taken at Wilsons Prom.

I think that the second animal has become used to people as it was loitering near the edge of a woodland carpark near Kinglake.  In fact, this second animal may be unwell, as it had a large growth on the right side of its face (which I have chosen not to show). 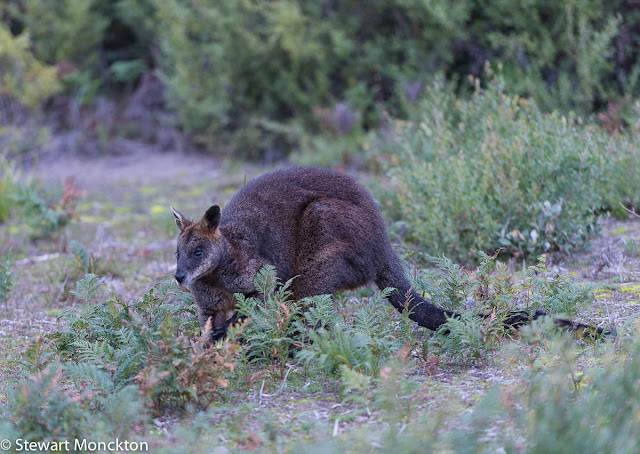 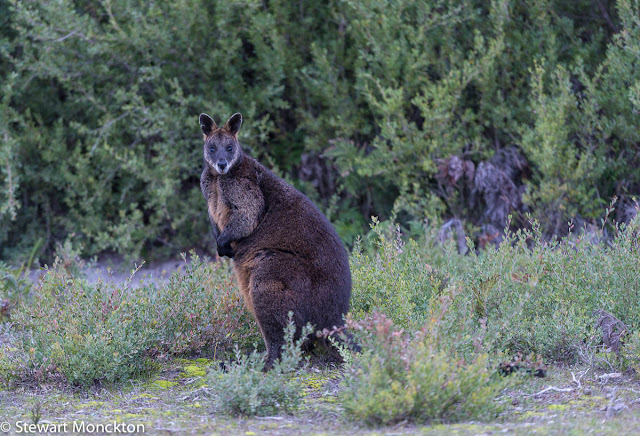 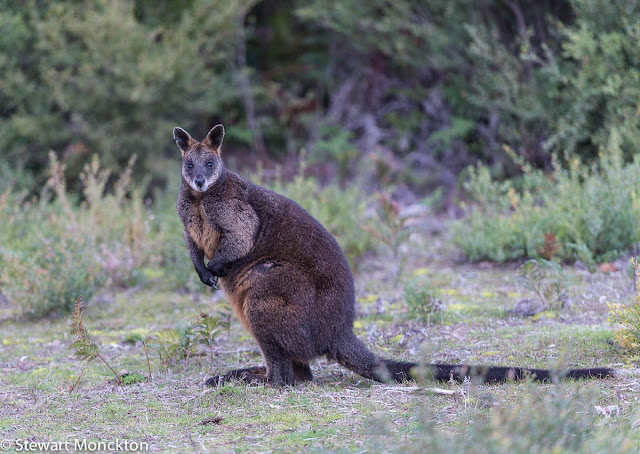 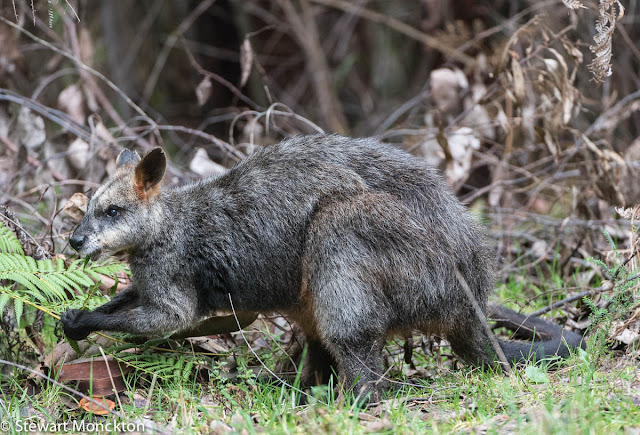 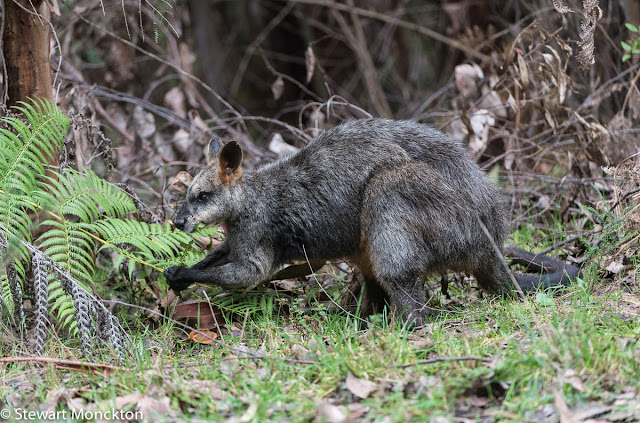 I also suspect that this large dark animal may be source of many of the 'big cat' reports the surface from time to time in Victoria.