Just like last week, these pictures are from the sports oval at Pine Creek, Northern Territory, Australia.

These rather magnificent birds are Hooded Parrots (Psephotus dissimilis).   This bird is only found in a limited area of the Northern Territory in Australia - so it won't come as much of a surprise to find out that I had not seen these birds before.  If the truth be told, these were not the hardest birds to find as there were dozens of them on and around the sports oval.

The name Psephotus dissimilis appears to reference how dissimilar the male and female of this species are; however, it has been pointed out that many, many birds show such differences, so this may not have really been the intention.  These birds nest in termite mounds an feed on the seeds of grasses, so they are dependant on open woody areas with (you guessed it) termite mounds.

The paler birds in these pictures are female.

Although these birds are hardly in their natural habitat - sprinkler heads are not native to Australia! - I like the way these images reference both the importance of water in the NT and the impact of humans on Australia's Top End. 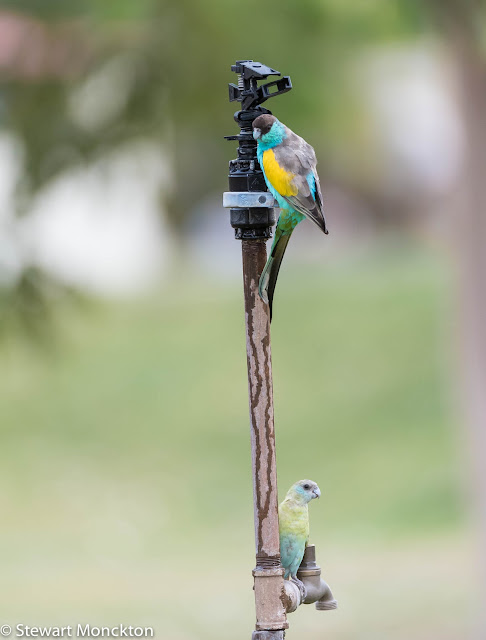 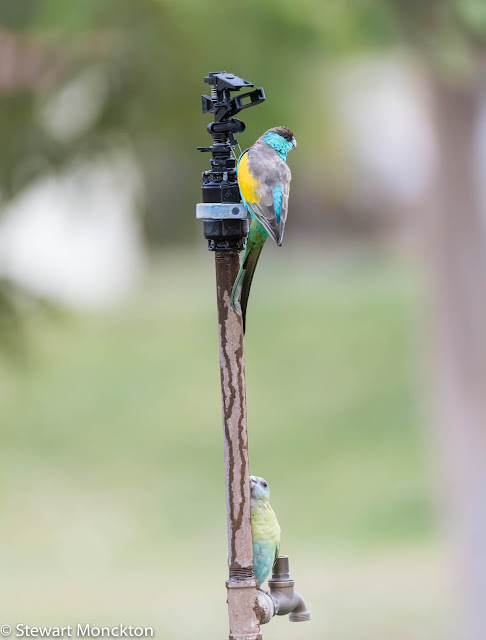 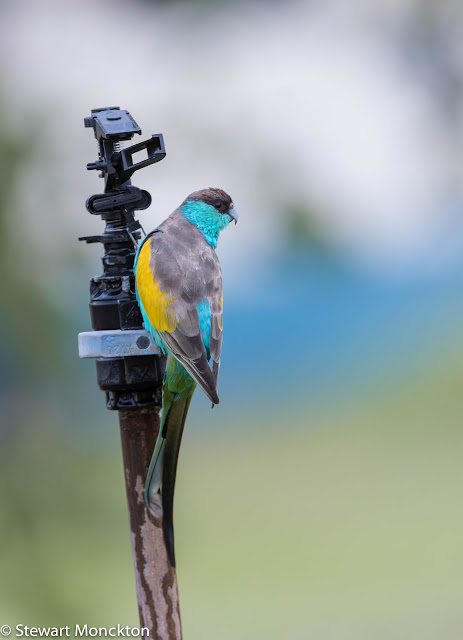 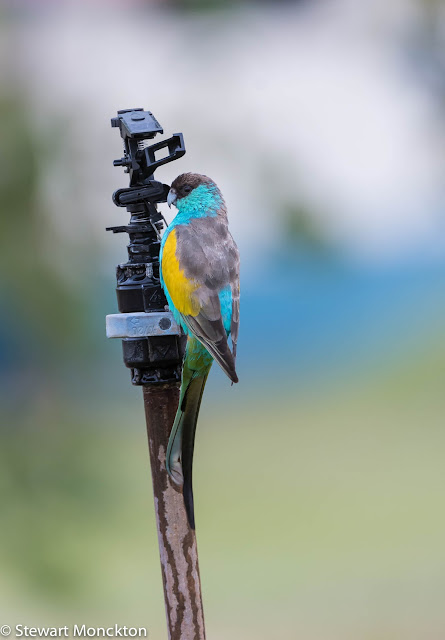 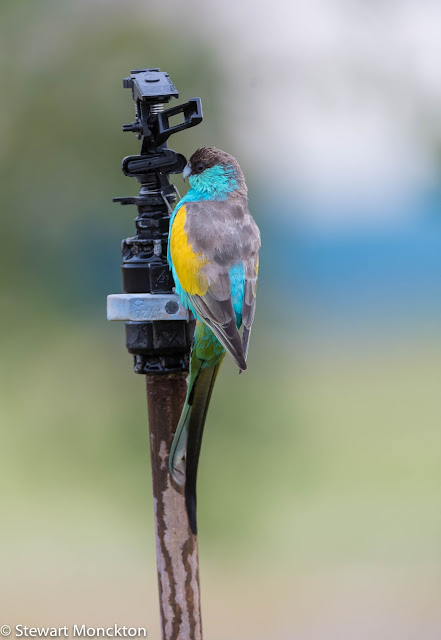 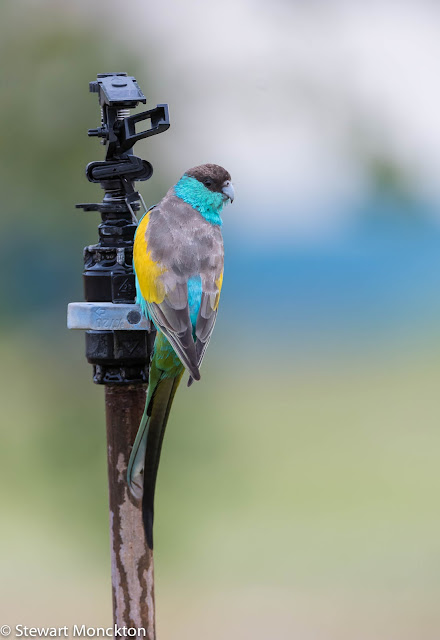 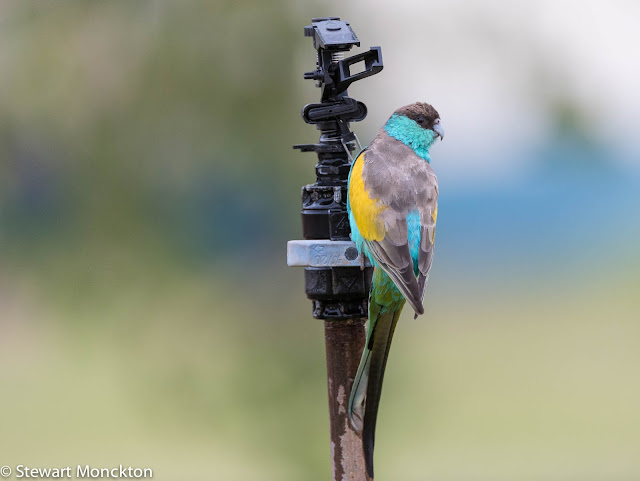 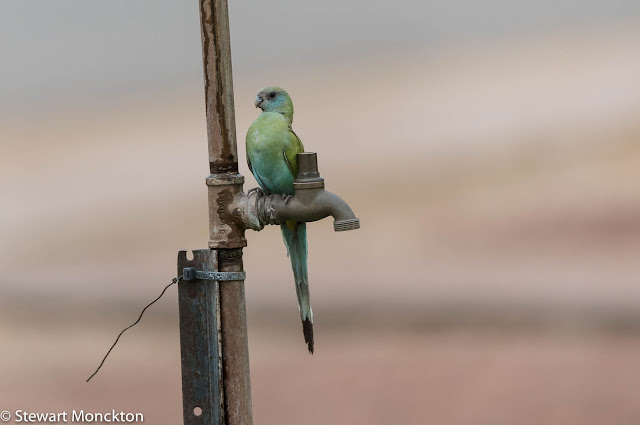 As ever, to join in with WBW, just click the blue button below the thumbnails.  With luck I will catch up with comments and such like over the next few days.  SM