Although I enjoyed seeing the Pheasants and Squirrels, the real reason to go to Fountains Abbey in Yorkshire was to see the remains of the Cistercian Abbey.  Founded in 1132, the abbey operated for 407 years, until 1539, when it was closed on the orders of Henry VIII during the Dissolution of the Monasteries.

I had seen lots of pictures of the remains of main building, so rather than show more of them, I will share some images from one of the areas that I liked the most.  The cellarium was the part of the Abbey where food and drink was stored.  I would love to know what it looked like when it was full of life and food. 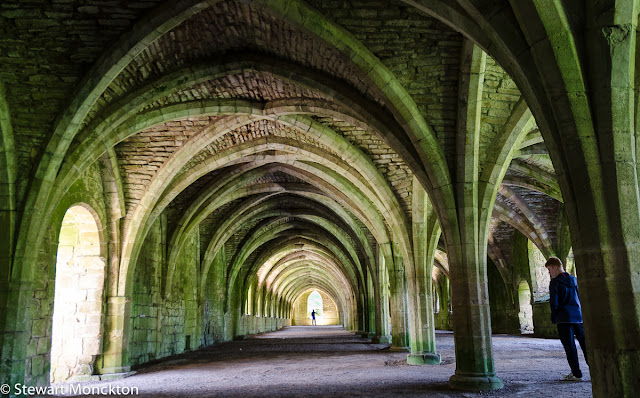 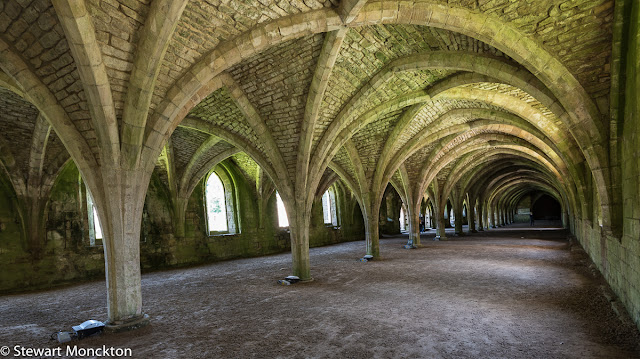 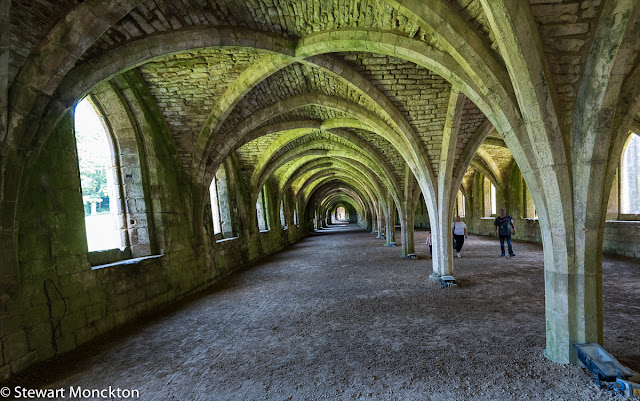 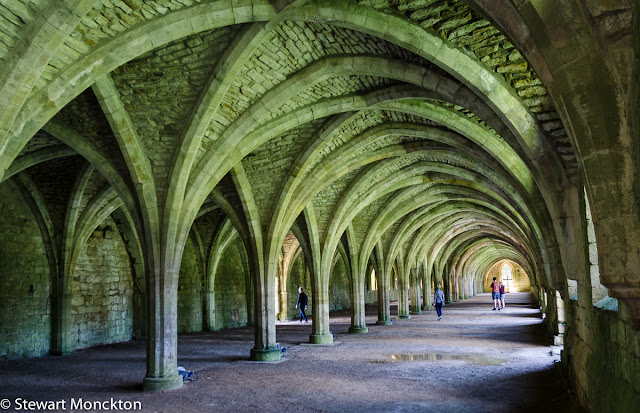 The green cast in the pictures is not a mistake, it really did look like that!  Centuries of moss must have stained the stone - and it could also be green light from the lawns outside!

You can find more shots from around the world at Our World Tuesday.
Posted by Stewart M at 18:02