Here are some shots of that classic Australia - the Koala.  Just to be clear, this is not any sort of bear, and it's closest relative happens to be the wombat!

These chaps were sitting in the road side trees on the way to Cape Otway.  In the past this habitat has been damaged by the numbers of Koala in the trees.  We did not see as many as in the past - but they were hardly scarce.

The animal in the first image has a really messy eye, and as conjunctivitis is one of the symptoms of a  chlamydia infection, this animal may be sick.  The chlamydia infection is common in Koala, but it only becomes a health issue of the population (or habit damage) cause high levels of stress.

However, as the second picture shows, Koalas do spend a lot of time being inactive (and this is nothing to do with 'drugs' from the leaves) its hard to tell between a sickness and natural lassitude.  The Koala spends some much time immobile because it's gut is basically a large fermenter, and the animal is waiting for the bacteria in its gut to work their chemical magic on otherwise indigestible food.  Once the bacteria have broken done the food - bought gum leaves in this case - the koala either digests the waste  produced by the bacteria, or the bacteria themselves!   Charming!

The last set of pictures show a female - and at times you could get a glimpse of a young koala with her - but I was not able to capture an image of that.

So, here is a Koala, and if you could get there name right it would be good - as they already have enough to bear! 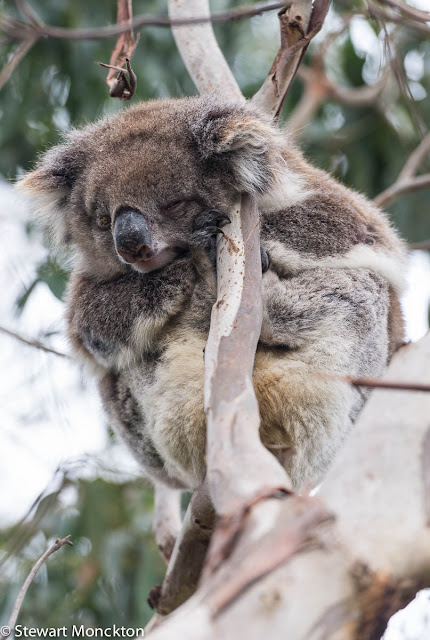 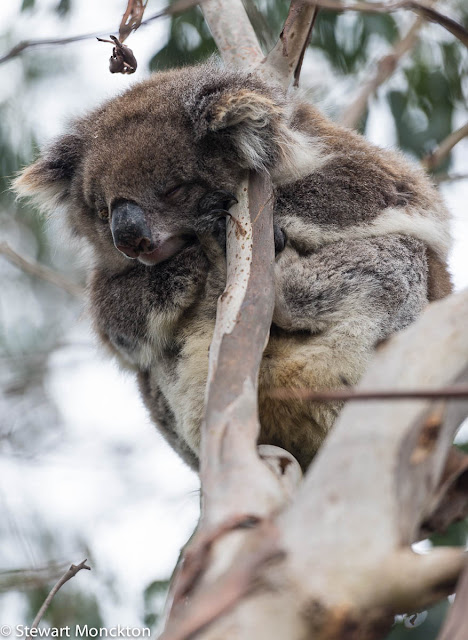 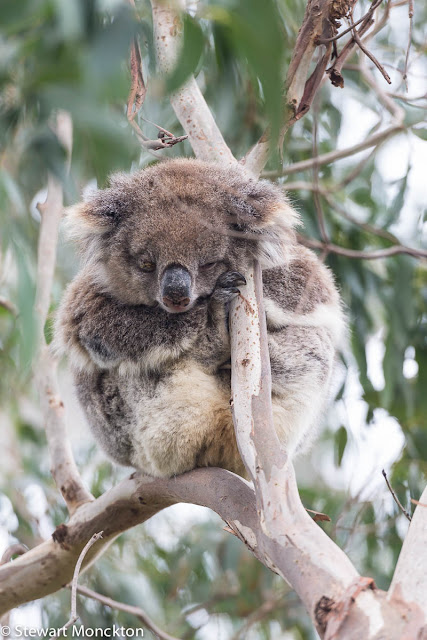 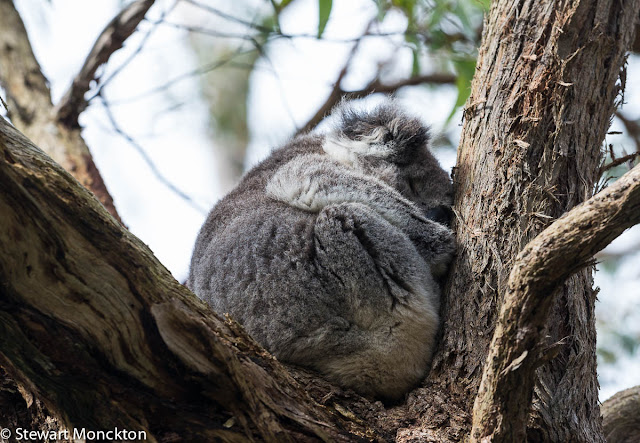 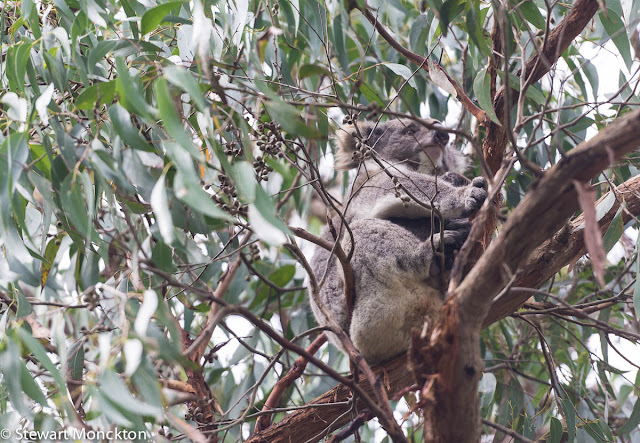 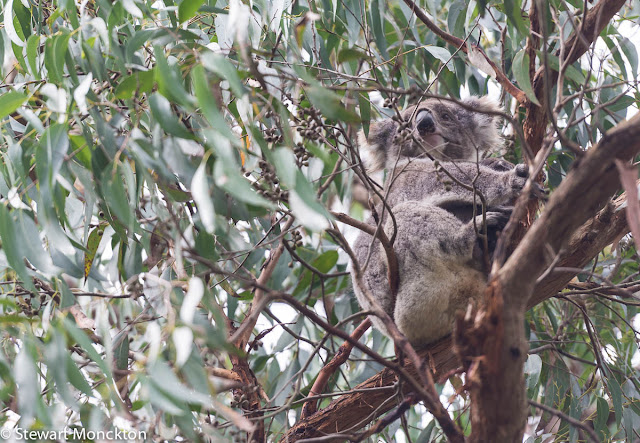 You can find more pictures from around the world here at Our World Tuesday.