While we were at a place called Cahills Crossing, which is a crossing point on the East Alligator River in the Northern Territory, we heard a large 'book' from the river, and immediately saw a large ring of splashes and ripples just down the river from us.  We were on a high bank above the river, so were in no danger.

An estuarine / saltwater crocodile had just caught a large catfish of some sort and was mincing it up with a rather impressive set of teeth.  Cahills Crossing has a bit of a reputation for being unsafe at times due to a combination of large numbers of fish, and hence fisherfolk, and crocodiles.  Add beer and boats and its a recipe for disaster!

Luckily as far as we could tell, the only casulty on this day was the Catfish!  Just as a reminder, this is a wild crocodile, not one of the 'trained' jumping crocs that you see on some tours.  It was, to say the least, impressive! 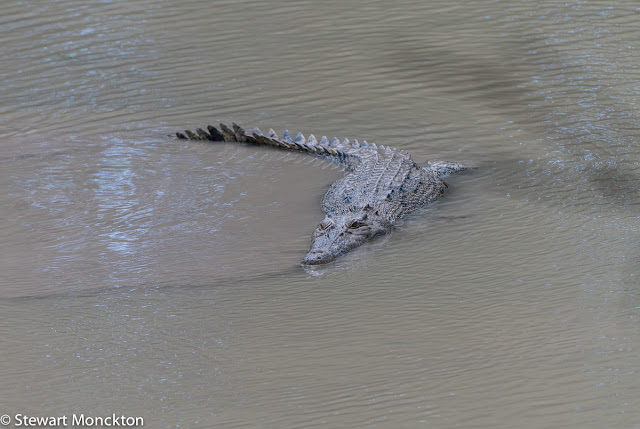 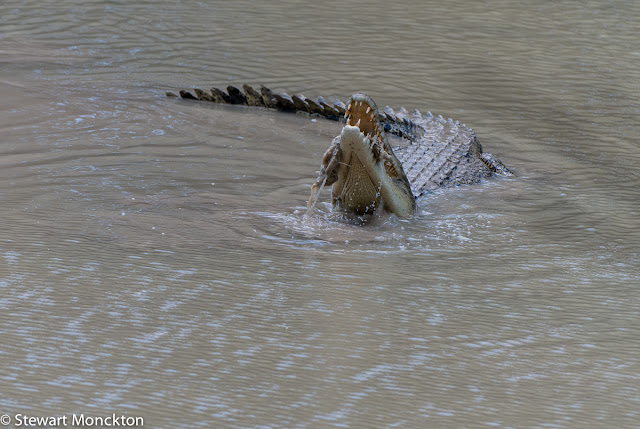 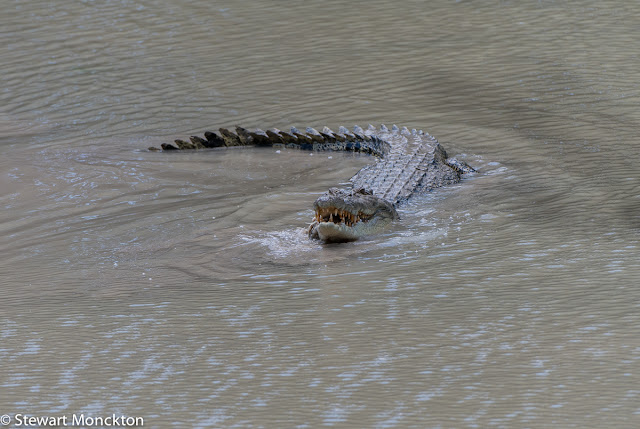 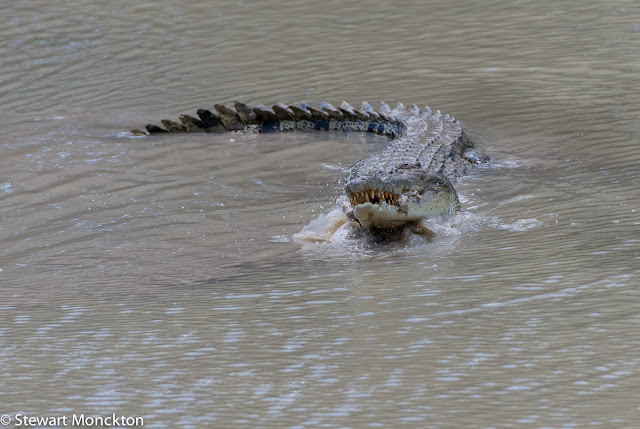 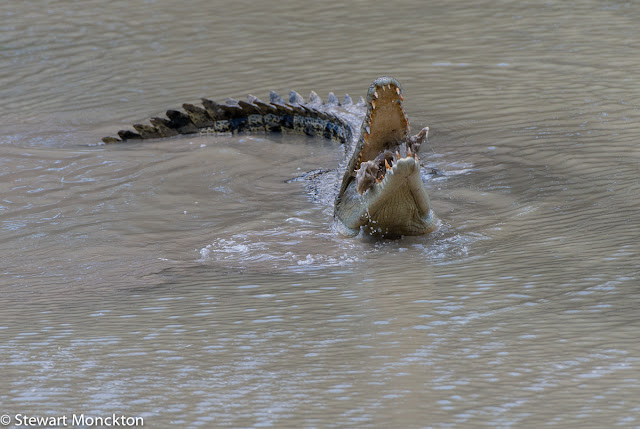 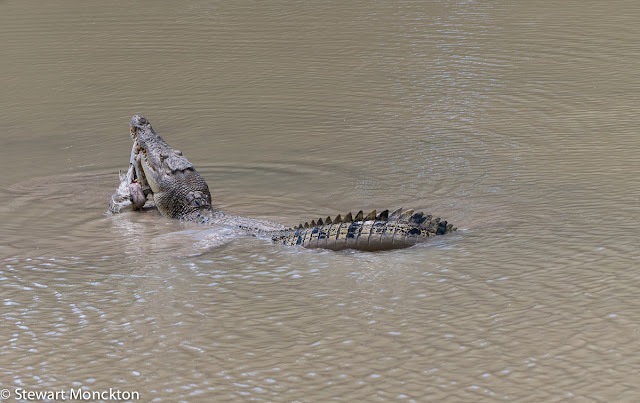 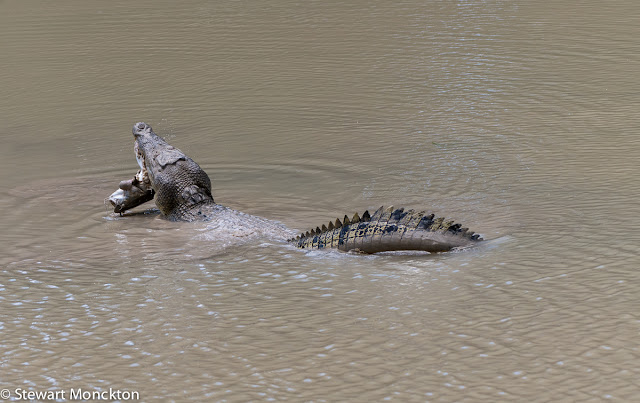 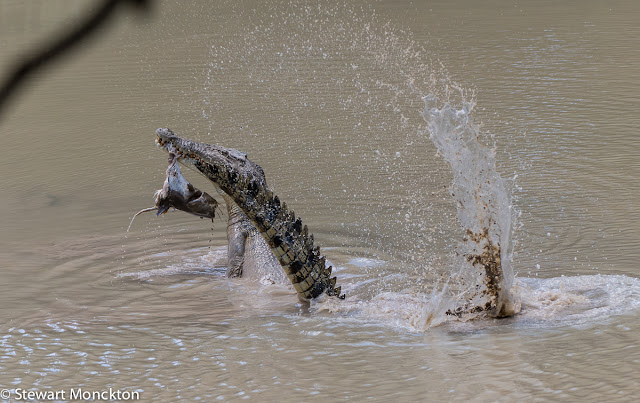 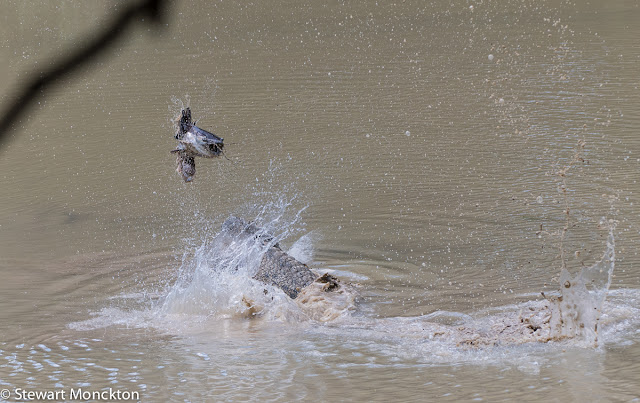 You can find more shots from around the world at Our World Tuesday.   As we approach a busy time of year replies may be a bit slower than normal!  Cheers  SM