These are feral Buffalo from Kakadu National Park in the Northern Territory.  Water buffalo were imported to Australia in the 19th century to supply meat to remote northern settlements. The settlements and their buffalo were abandoned in 1949.

These animals are actually a pest, and can cause a great deal of damage to vegetation, especially in the areas where they wallow.

All that being said, I think that they are pretty magnificent animals.

I also like all the egrets that have gathered around them, searching for insects and such like. 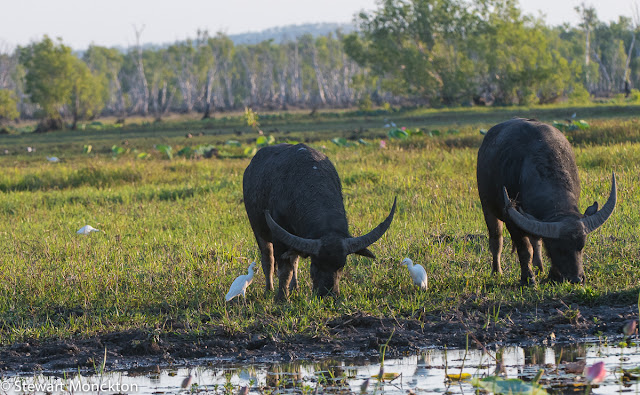 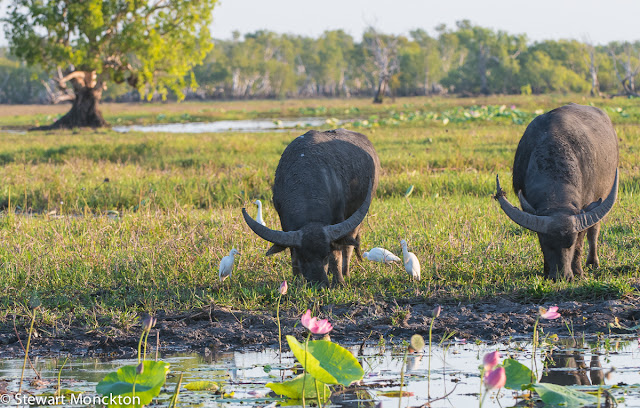 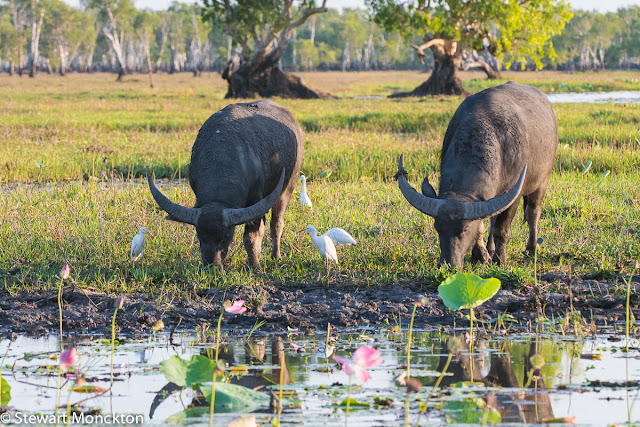 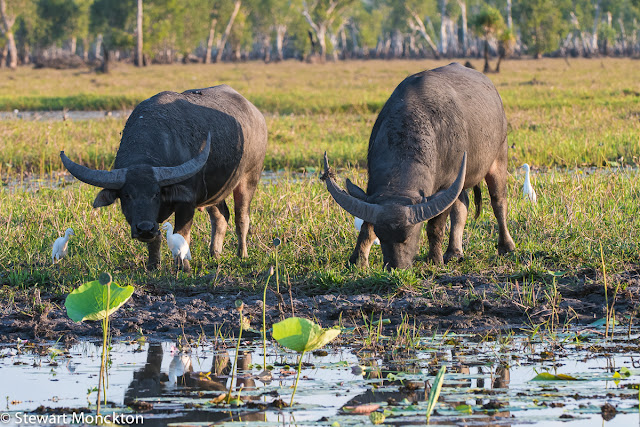 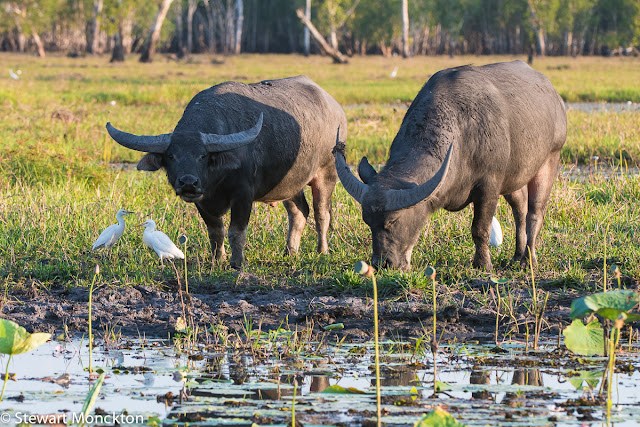 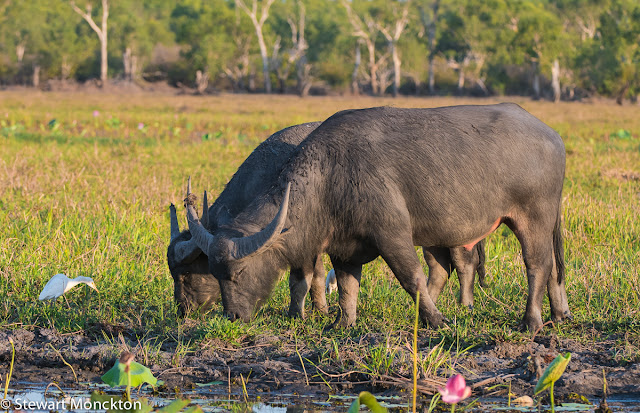 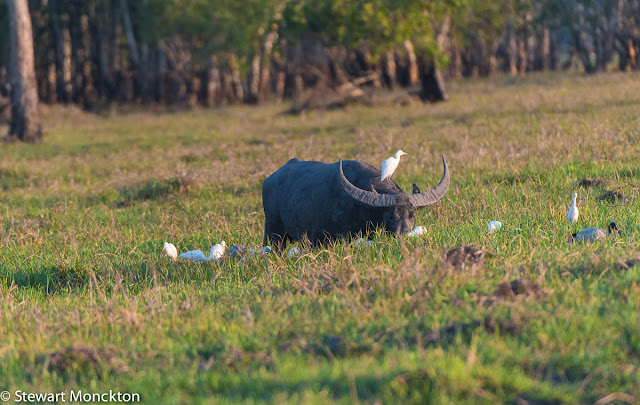 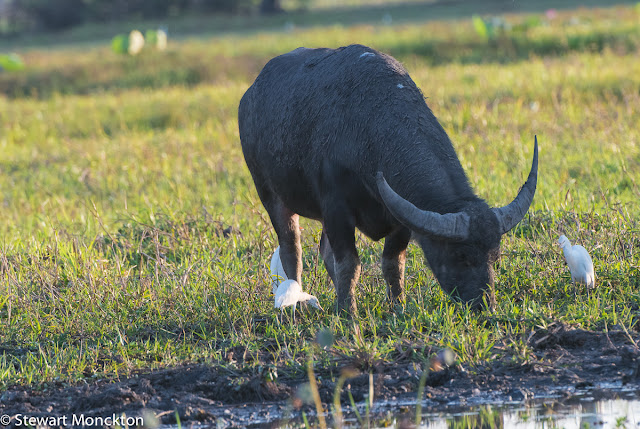 These pictures look a lot better bigger - so click on the image for a better view!

You can find more shots from around the world at Our World Tuesday.  Cheers  SM