The Nankeen Night Heron (Nycticorax caledonicus) is a widespread bird in Australia.  Some sources suggest it may be generally a bit under reported as it only becomes active at dusk.
I found these two birds - and at least 8 others - in some tall trees in the middle of a park in Queenscliff in Victoria.  My attention was drawn to them by a bit a squawking from one of the juvenile birds.  I suspect that I would have missed them entirely if they had made that noise.
The birds are about 60 cm long, with a wingspan of just over a meter.  The juvenile bird lacks the black cap of the adult and also has heavily streaked plumage. 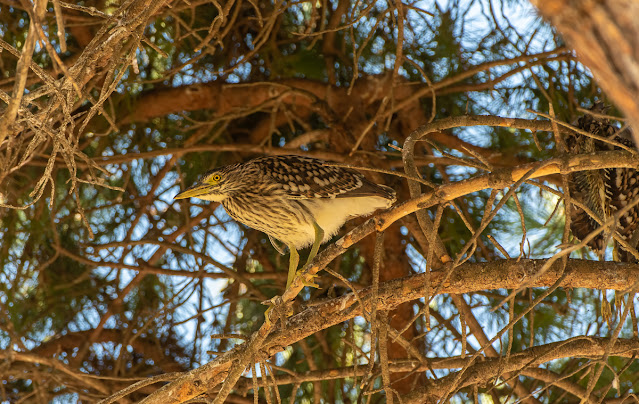 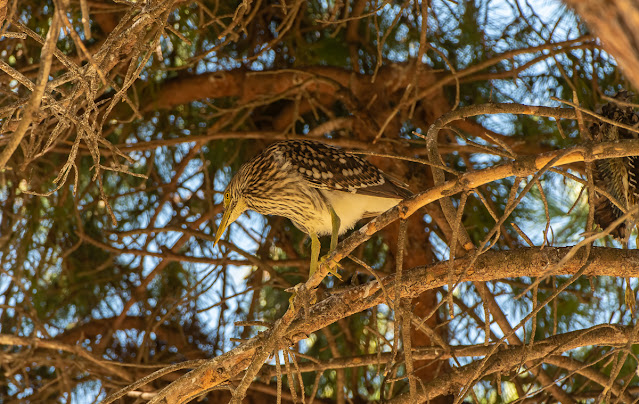 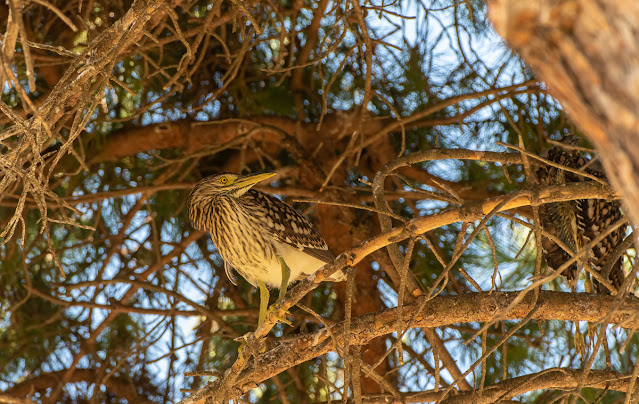 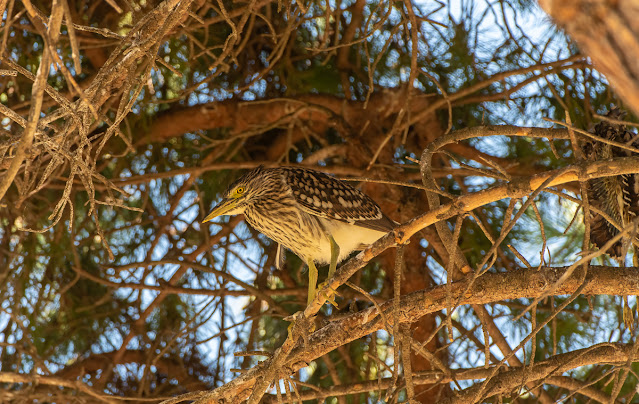 As ever, to join in just click on the blue button below.  Hope all is well.  SM

Click here to enter
Posted by Stewart M at 01:30