The Magpie Goose (Anseranas semipalmata) is a large and distinctive bird that was very widespread is Australia.  It can still be found in large numbers in northern Australia, and in some places in southern they have been reintroduced and are starting to repopulate areas in which they were once common.
The Magpie Goose is neither a magpie (ie a crow) or a true goose.  It belongs to the family Anseranatidae and the genus Anseranas - and it is the only living species of bird that is classified in that way. It is not considered to be a 'true goose' as it has primitive features - but that's about as far down this taxonomic rabbit hole as I am prepared to go tonight!
These birds were photographed in the Northern Territory of Australia - the park images in Darwin and the wetland images in Kakadu National Park. 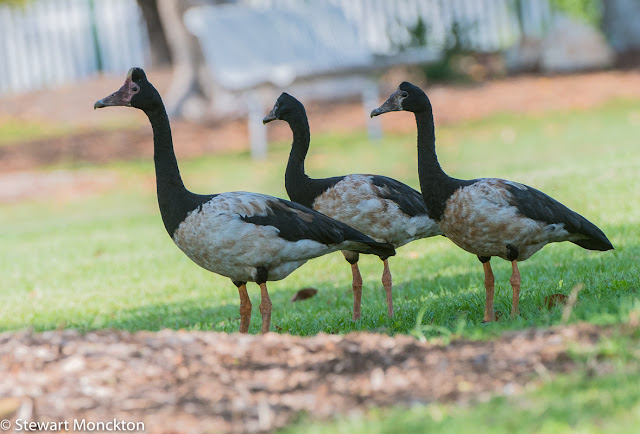 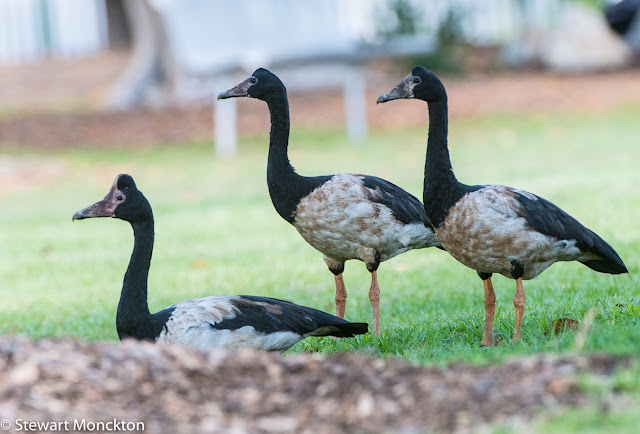 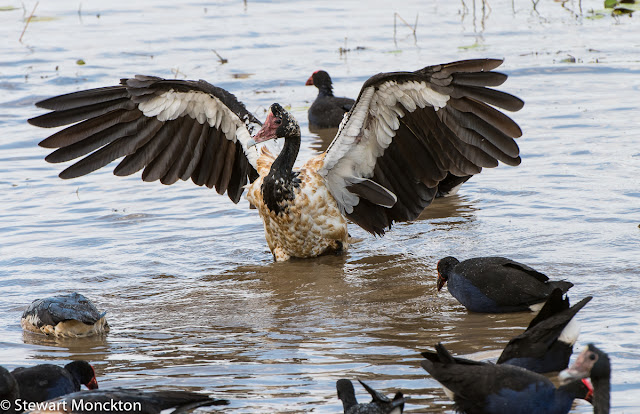 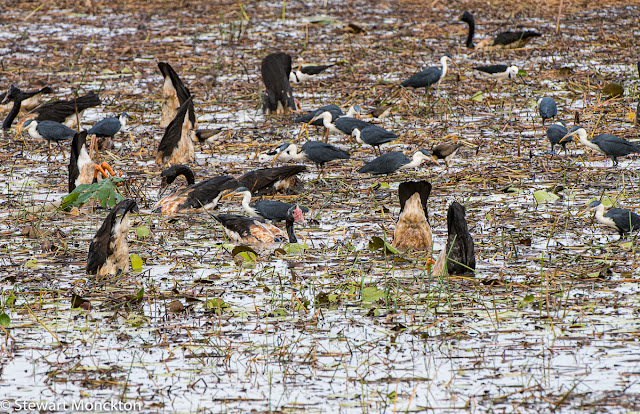 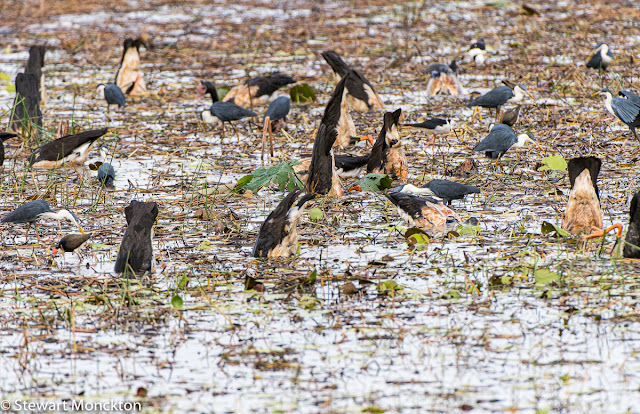 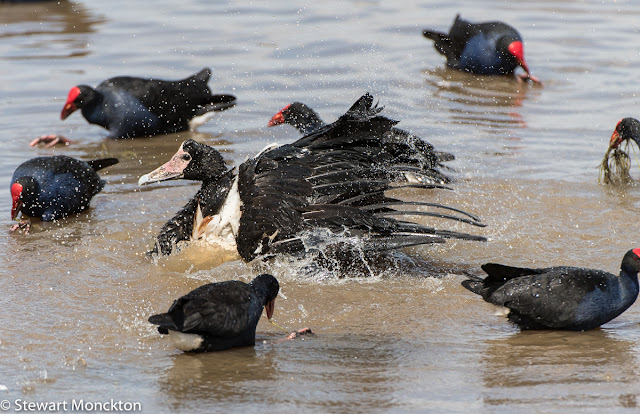 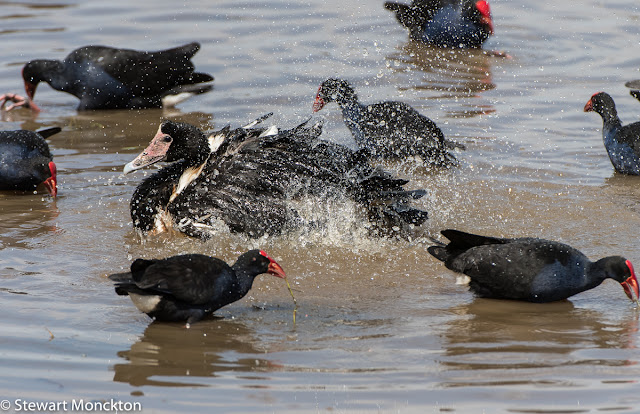 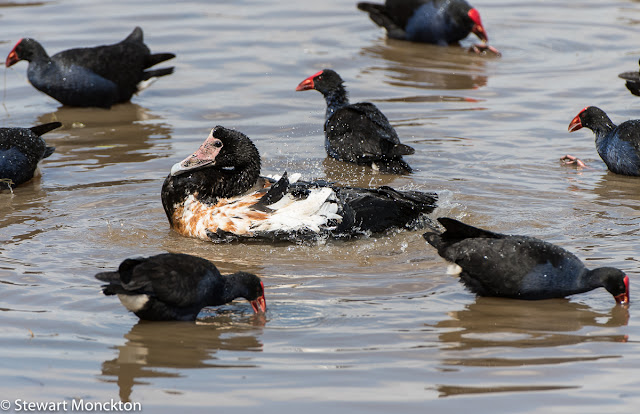 As a side challenge - how many (and what) other species can you find in these pictures!
As ever, to join in with WBW click on the blue button below.  Stay well.  SM