The Australian Owlet-nightjar (Aegotheles cristatus) is the smallest of the nocturnal birds found in Australia.  I was lucky enough to go on a night-walk nr. Bendigo in central Victoria last week and we found at least three of these birds.  We went back to the same area the next morning and found a bird roosting in a hollow branch.

The scientific name means 'bristly goatsucker' - with the bristly coming from the bristly feathers above the beak, and the 'goatsucker' from the old belief that birds like this used to suckle goats!

I has a number of other, older, common names including The Moth Owl, which may be more about its size (about 22 cm) than its diet.

This species is found all over Australia and is considered common. I suspect that its nocturnal ways make it seem much less common than it actually is.

The bird on the branch was the first we saw, and the other two pictures show a bird 'looking out' from a nest box. 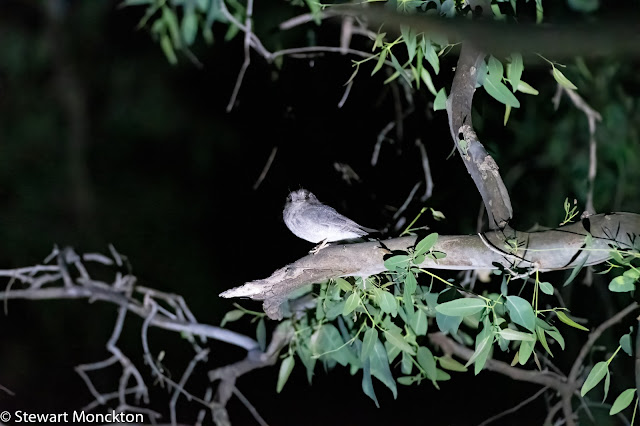 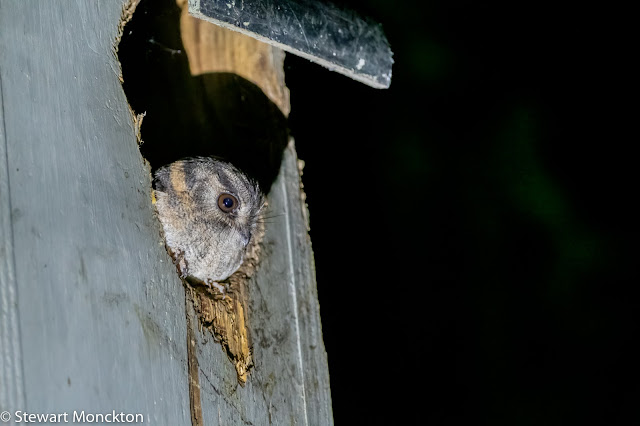 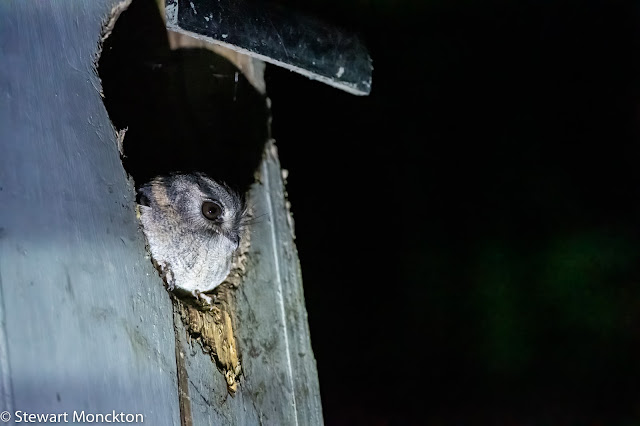 These pictures were taken in the day light the next day. 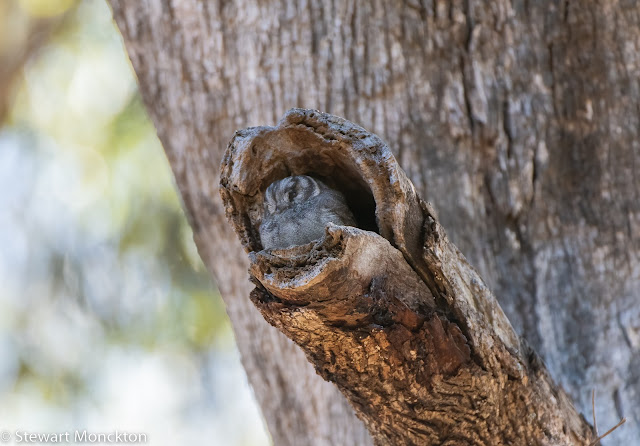 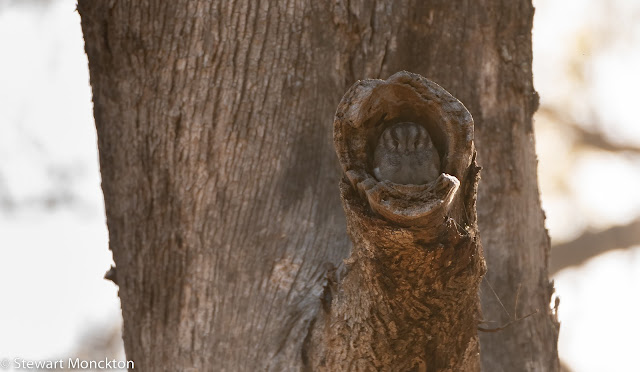 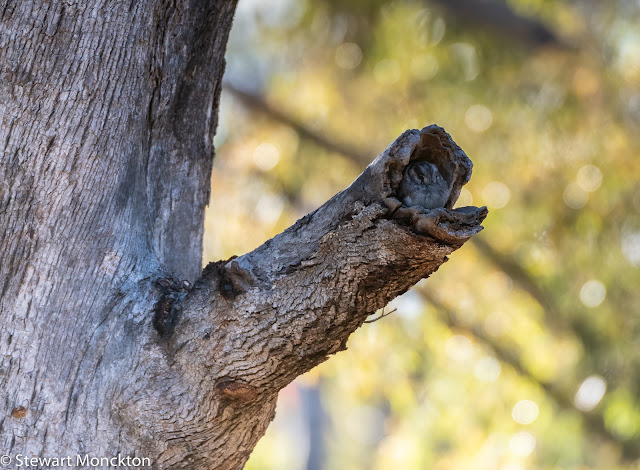 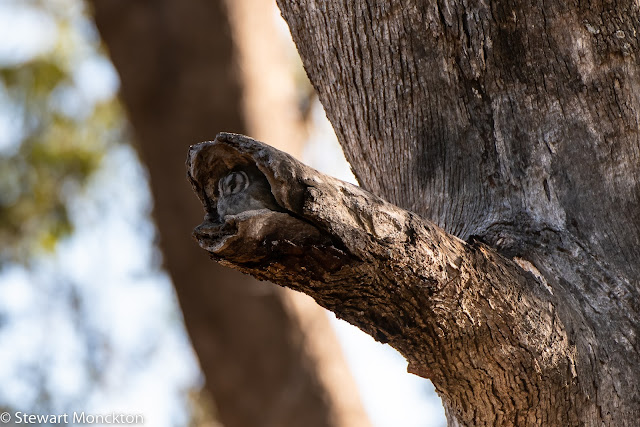 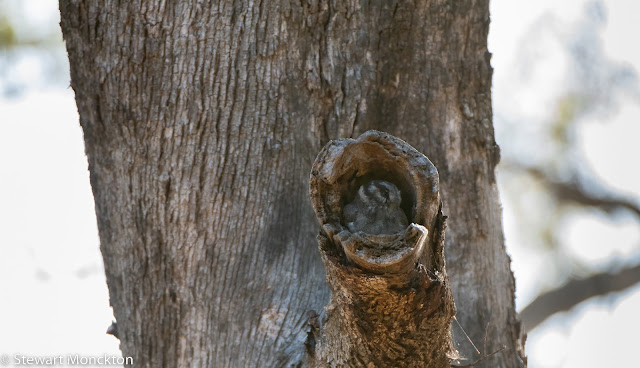 The daylight pictures look much better when enlarged - so click away!
As ever to join in with WBW, click on the link below.  SM