I have to say it's hot here in Melbourne!  As a result I will post a quick picture and retire to cooler locations than my study!

When we were in Tasmania, we went out on a boat trip around Bruny Island.  The souther end of the island has some of the tallest sea cliffs in the southern hemisphere (or so we were told!).

At one point there is a tall rock pillar called The Monument which sits a little off shore from the south end of South Bruny.  The boat can pass at high speed between the rock pillar and the shore - its all rather frantic!  The kids loved it. 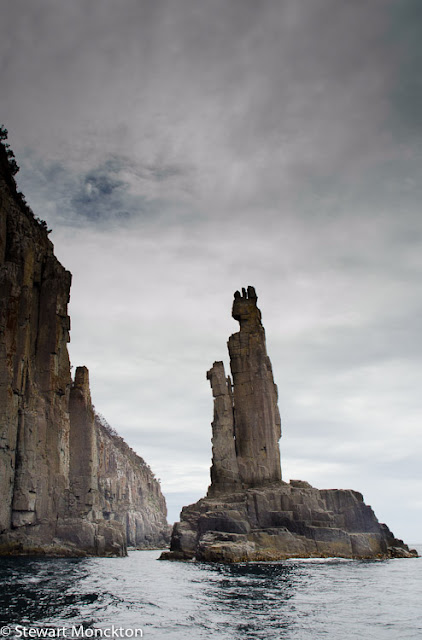 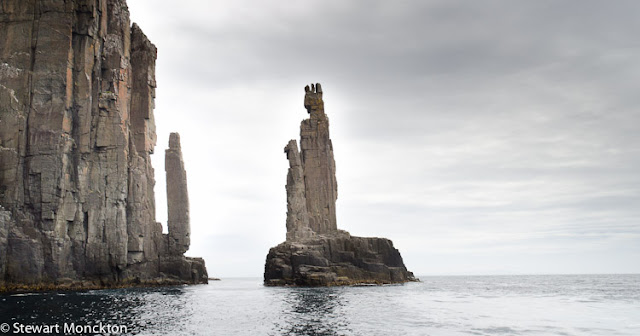 At the time - and even more so now when I have looked at them for a long time - I think they could be the inspiration for the Argonath, the huge statues that mark the Norther Border of Gondor in Lord of the Rings.   (If you know the scenes in the book or film the Fellowship paddles under them just before the death of Boromir).  I know this is not really the case - but you may see what I mean!

You can find more images from around the world at Our World Tuesday - and probably less reference to Middle Earth!