I was out and about on Port Phillip Bay this week - if I lived much nearer to the sea a boat of some kind would be on my wish list.  Although I recall boats be called "A hole surrounded by water, into which one pours money!" - so maybe not.

I went out on an organised tour to visit one of the old sea forts that were build and later abandoned by the military - but more about that on another day.

On the way to the fort we stopped by the  Australasian Fur Seal colony that hauls out on a structure called Chinaman's Hat.  I've posted about this place before.

What was unusual about today was some of the seal behaviour we saw.  Many of the seals were floating on the surface of the water with there front flippers held up in the air.

Apparently, the dark colour of the flippers and the closeness of the blood flow to the surface of skin allows the seals to use their flippers as solar panels and get some free warmth.  It seems like a good adaptation. 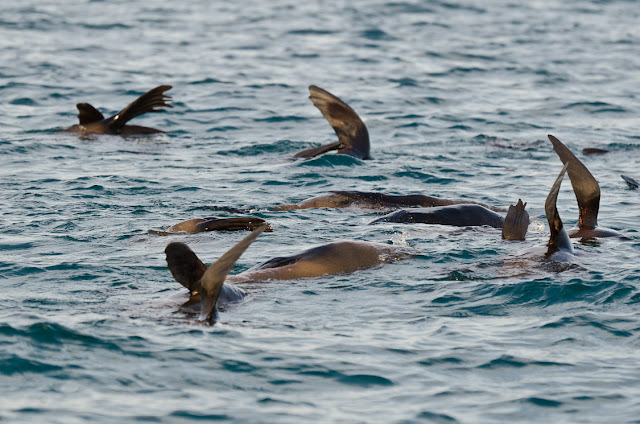 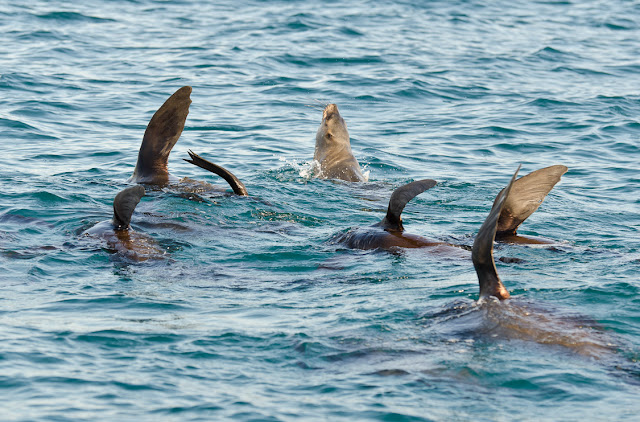 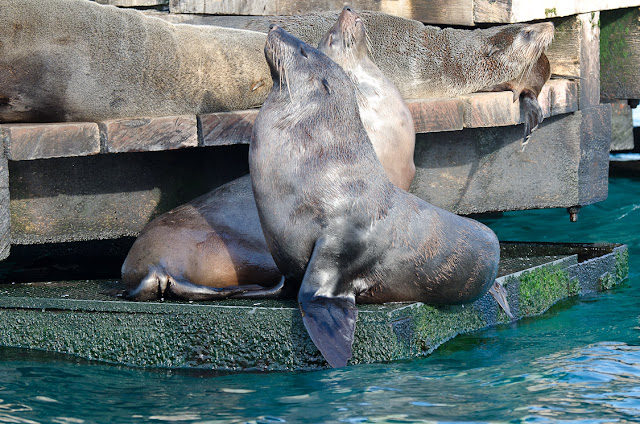 For once the place was not stomach churningly smelly!