Australia is not overly blessed with gulls - and the silver gull is by far the most common.  This is the generic "seagull" of family holidays, chips shop hit and run raids and sporting ovals.

Most of the time, if you see a gull in Australia it's one of these.

The scientific name of the species - Chroicephalus novaehollandiae  - hides a little history of this continent country.  This is another bird that has been reclassified recently and was formally placed in the genus Larus, and many references on the web still call it that.

Australia was once known as New Holland and a number of species have the specific name novaehollandiae.  I think its a bit of a shame the name changed really, because the old name meant the "ravenous sea bird for New Holland" - which, apart from the name of the country is a decent description of this bird!

The adults are about 40 cm long - which is just a bit bigger than a Black-Headed Gull or a Laughing Gull - and as ever for gulls, they sport a fine set of white and grey feathers.  In full breeding condition the legs and beak are bright red.  This bird is just past its best on the red front!

It was only when I had a look at the images when I got home that I noticed just how spiky the bush this bird is in looks - I don't normally do this,  but I can't help but think that the bird is saying "ouch"! 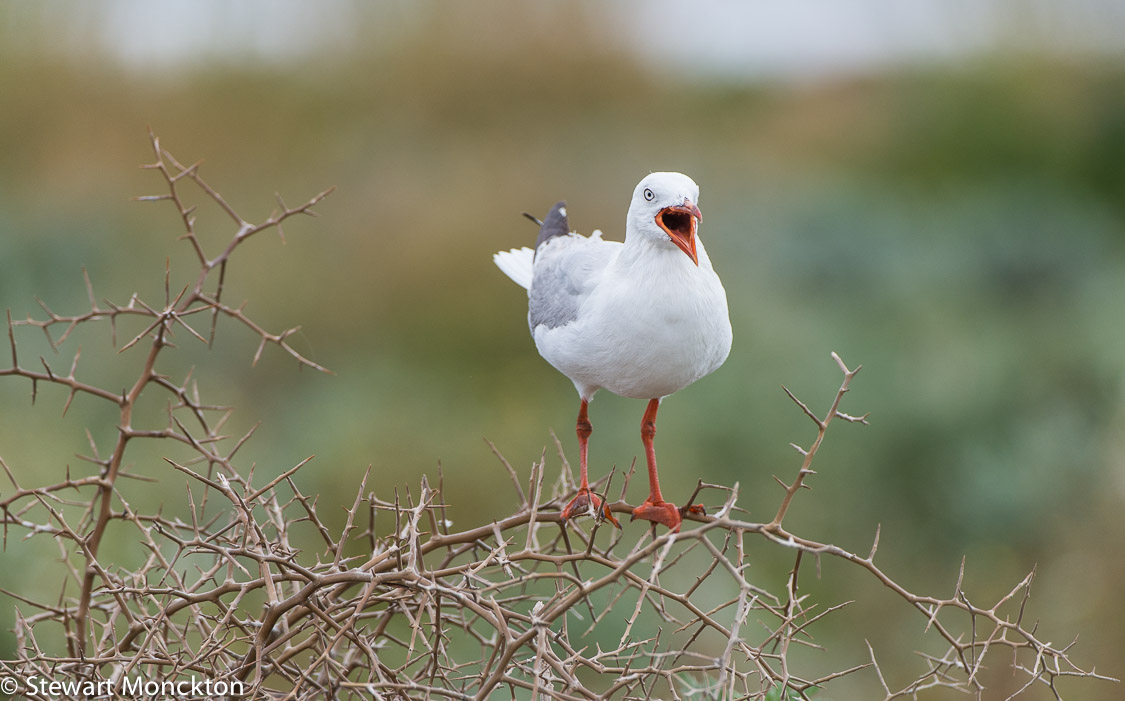 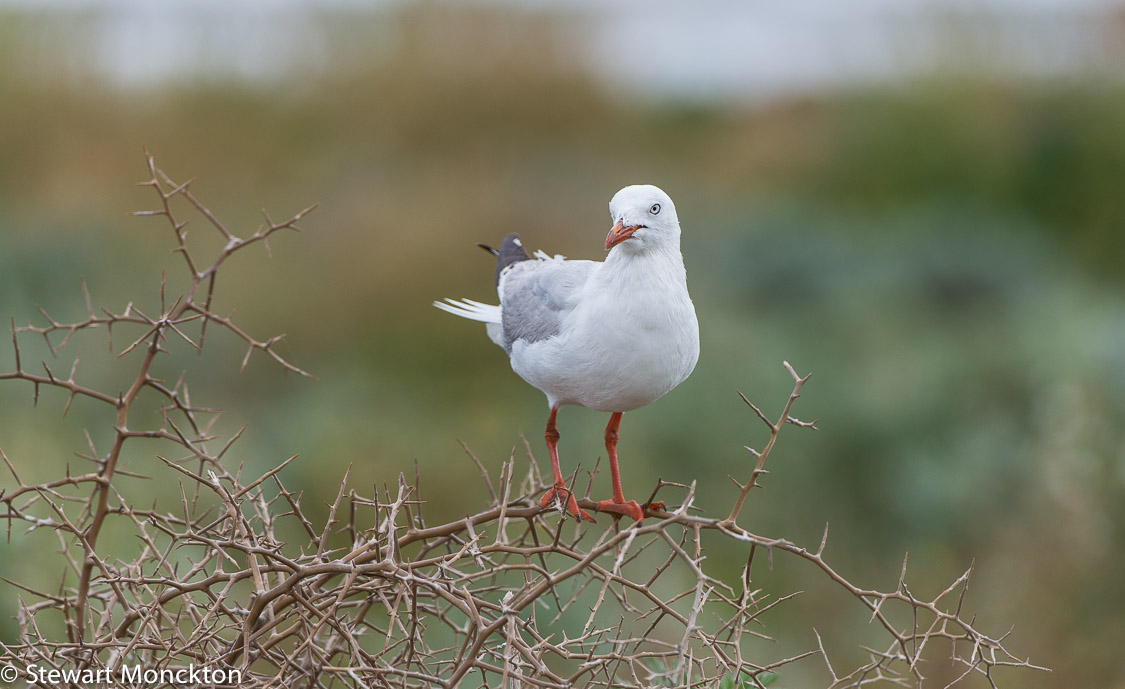 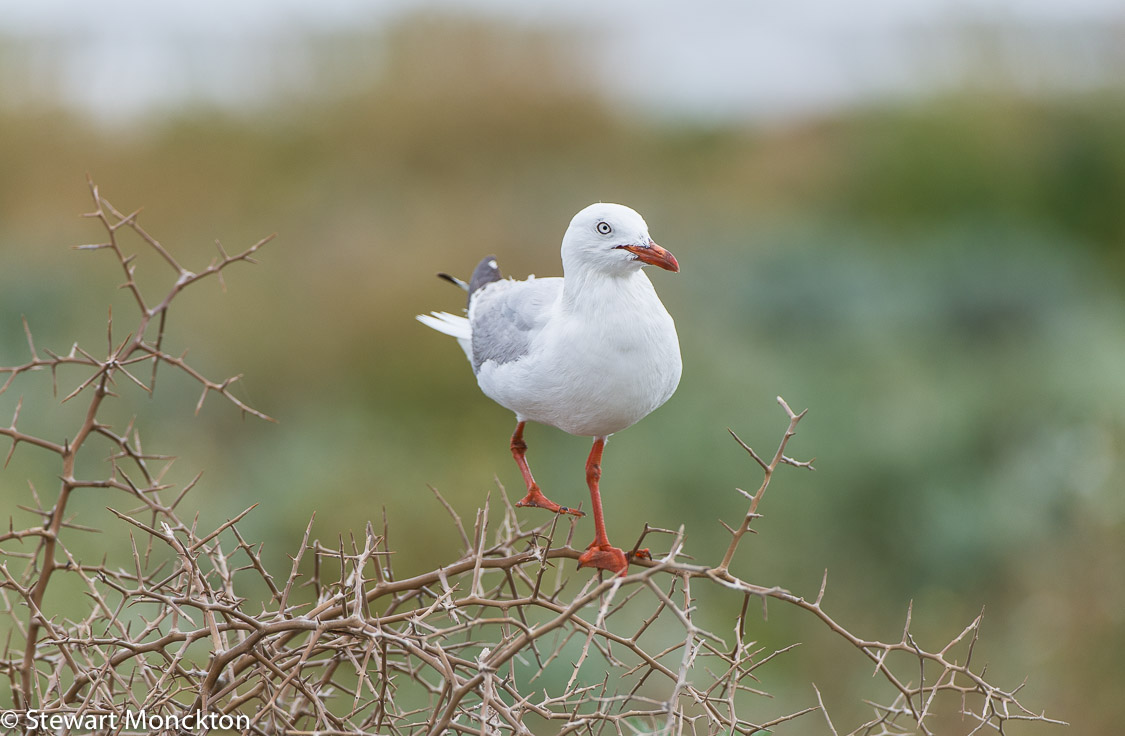 These pictures were taken on Mud Islands, just off the coast of Queenscliff, on the same trip that produced the Crested Terns from last week.  If you are in this part of the world, its a trip you should consider.