After a run of birds from the UK, I'm back to Australia birds this week.  And this is a very Australian bird.

The emu is a large, maybe even huge, bird - 1.6 to 1.9 m tall and weighing in at 30 - 45 kg.  It is endemic to Australia - meaning it occurs nowhere else.  It can be found of most of the continent, but it's absent from Tasmania.  There were once smaller species on King and Kangaroo Islands, but these species are now extinct.

Both the common and scientific names have a tale to tell about the European settlement of Australia.  The name Emu is thought to be a corruption of the Portuguese word 'ema' which was used to describe all the large flightless birds that sailors encountered.  Equally investing is the idea that although the name is Portuguese in origin, it was bestowed on the Australian bird by Dutch sailors - Portuguese was a kind of "common tongue" between sailors in the East Indies in the late 1700's.

The scientific name reflects both the biology of the bird and the history of Australia - Dromaius novaehollandiae - means New Holland racer.  New Holland is an old name for Australia and the bird can run at around 50 kph (30+ mph) if needs be.  So this all makes sense.

These birds were doing nowhere near their top speed as they wandered past the boundary of the house we were staying in last week; this rather reduced the drama, but made for easier focusing! 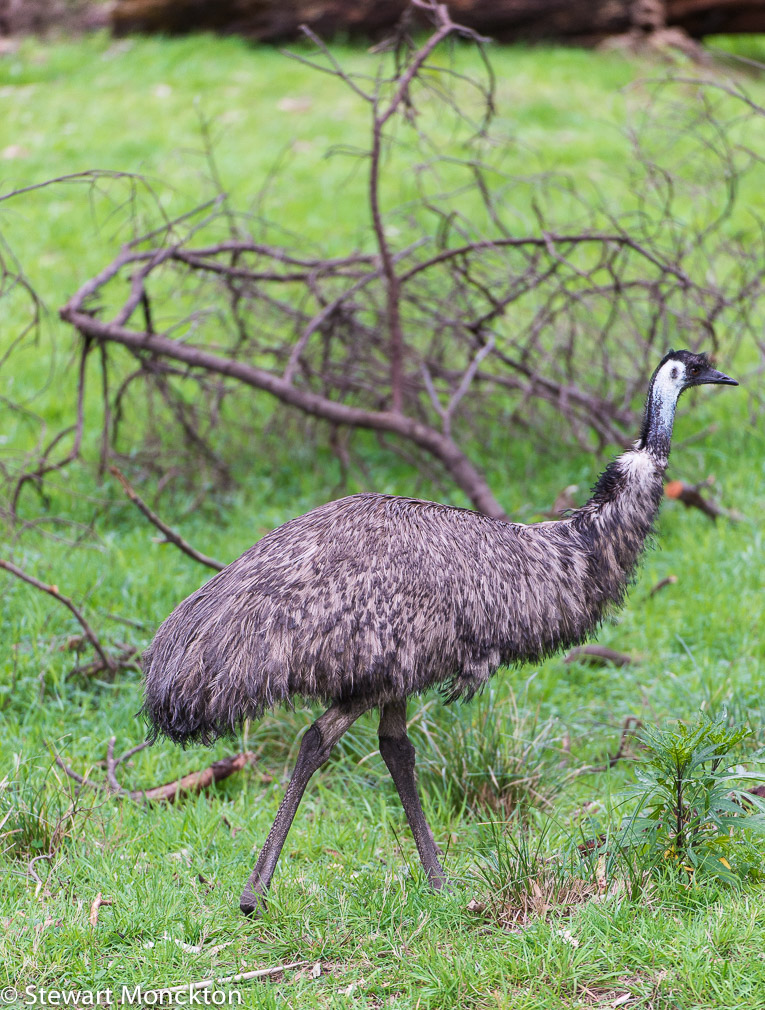 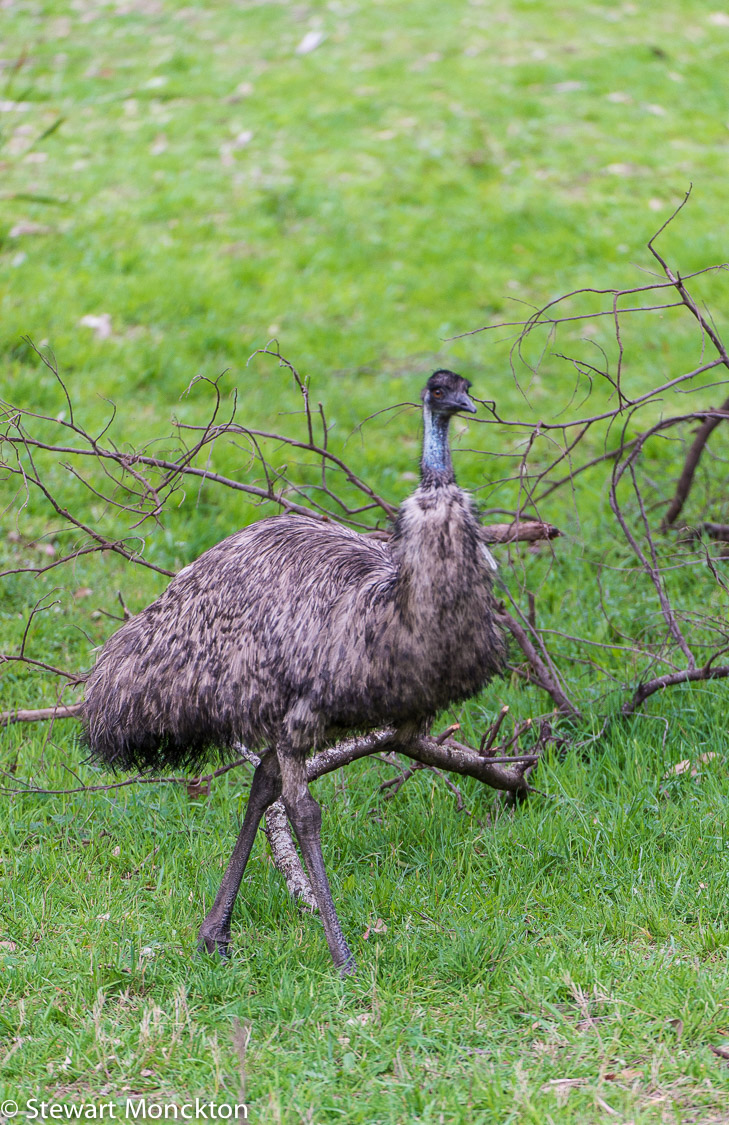 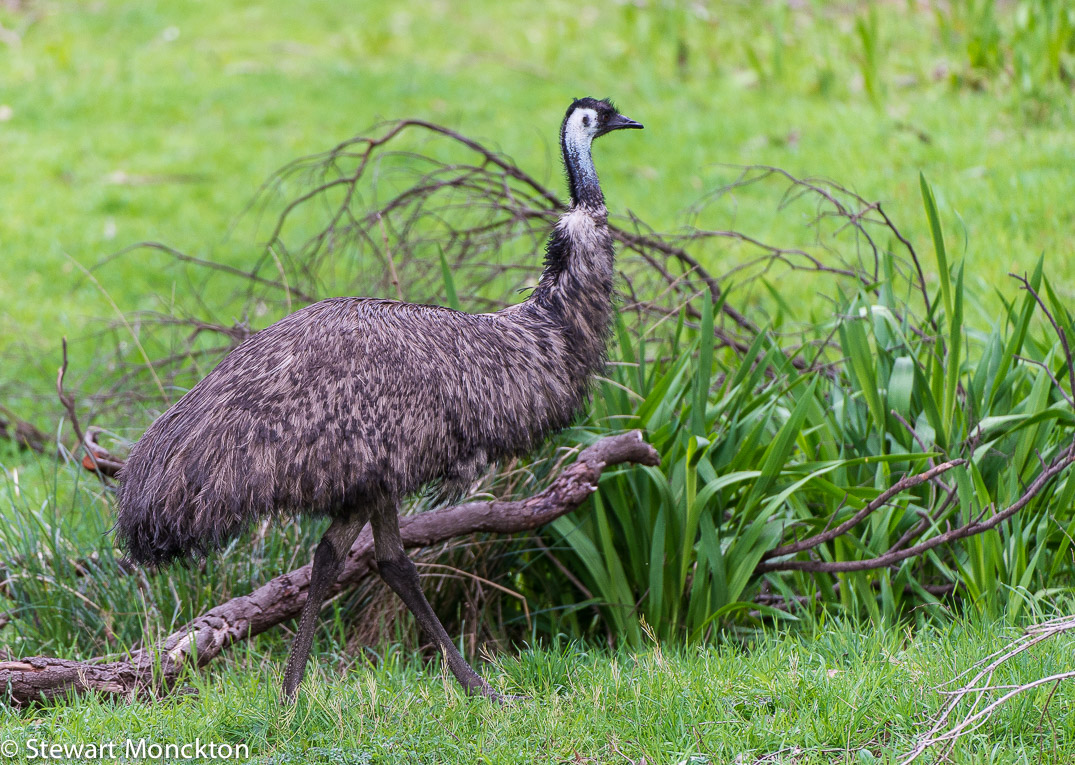 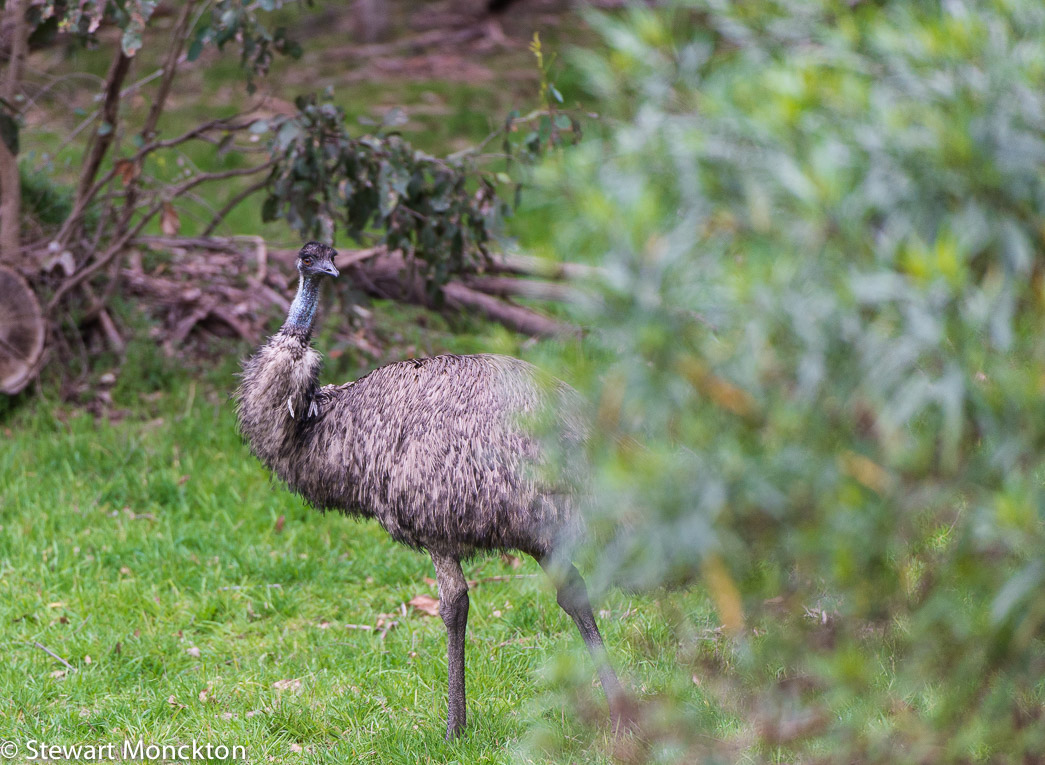 You can link up your birds by clicking the blue button near the bottom of this post!  But I'm sure most of you know this already!  Cheers SM