Firmly back in my part of the world this week with a cockatoo that only occurs in the south-east corner of Australia - it does not even make it to Tasmania (although it was found on some of the islands between the mainland and Tasmania in the past).

In contrast to many cockatoos this bird is rather self effacing and quiet.  On many occasions, and this was one of them, they only give away their presence by the noisy cracking of gum nuts!  These birds - there were three - were in some rather low gum bushes and for once I was able to get some shots. My more normal experience of these birds is that they inhabit high, neck straining branches rather than photographically convenient locations!

'Gang-gang' is thought to be Aboriginal in origin, but which language this comes from is (as they say) contested! However, the scientific name is a model of clarity - Callocephalon fimbriatum - means beautiful fringed head.  And as I said, there is no argument with that.

The bird without the red/pink head is a female.

In many of these pictures you can see the bird using its claws to help it gain access to food in the gum nuts - the two forward, two backwards arrangement of the claws (similar to that of woodpeckers) seems to be an advantage here. 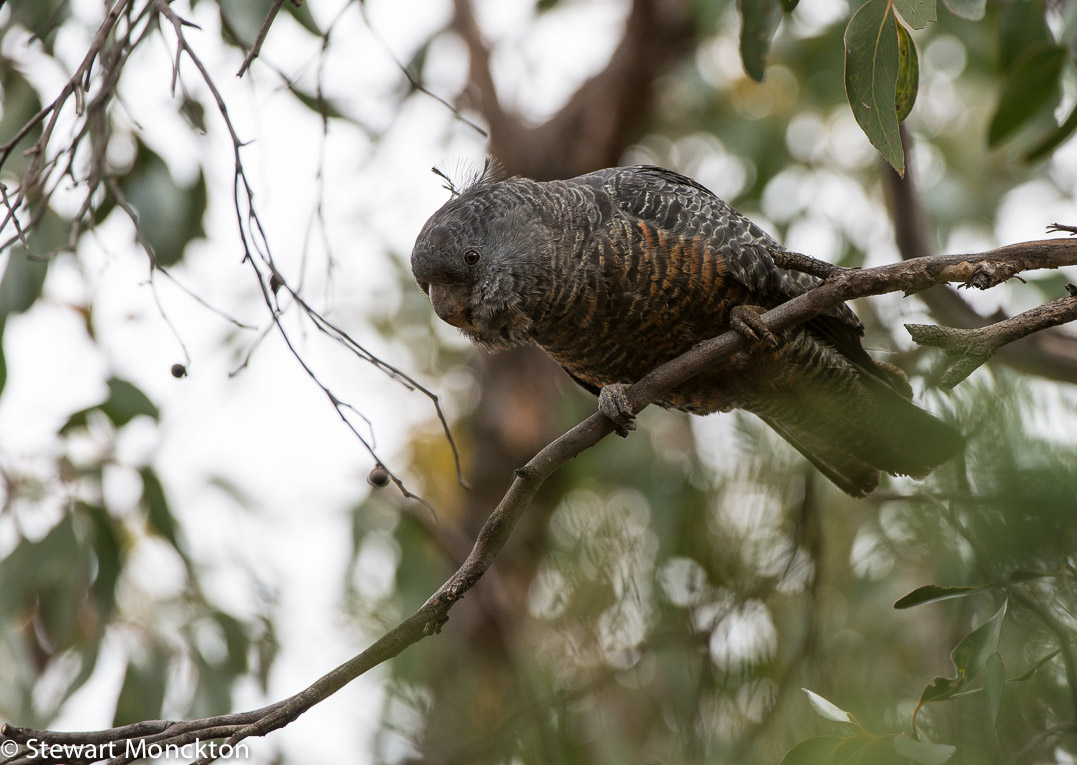 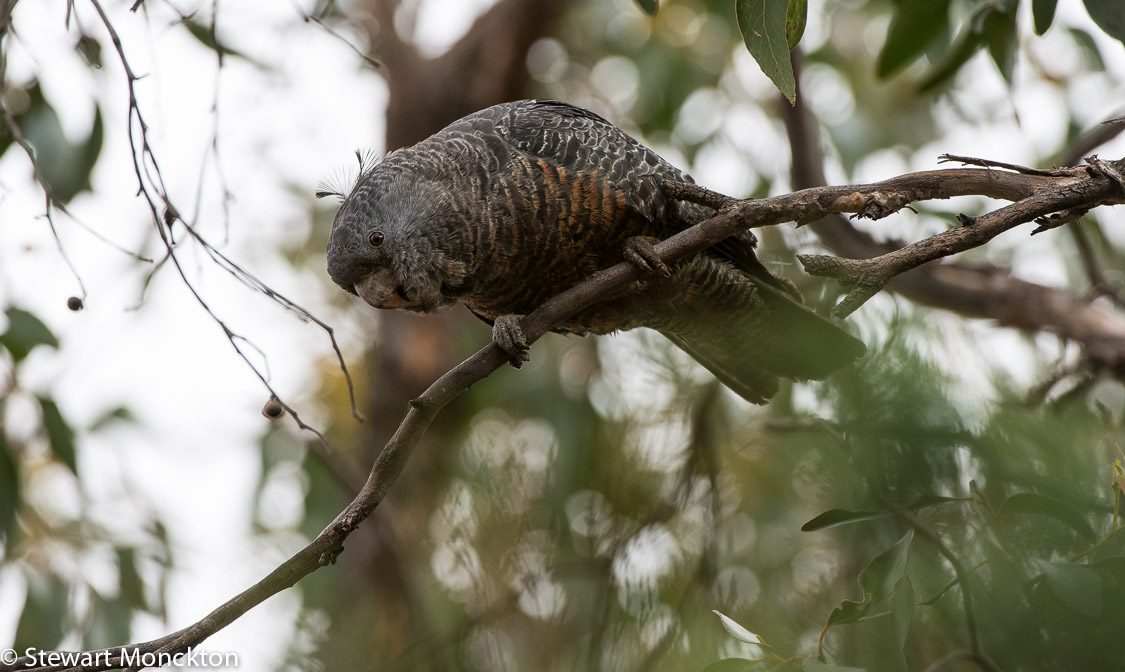 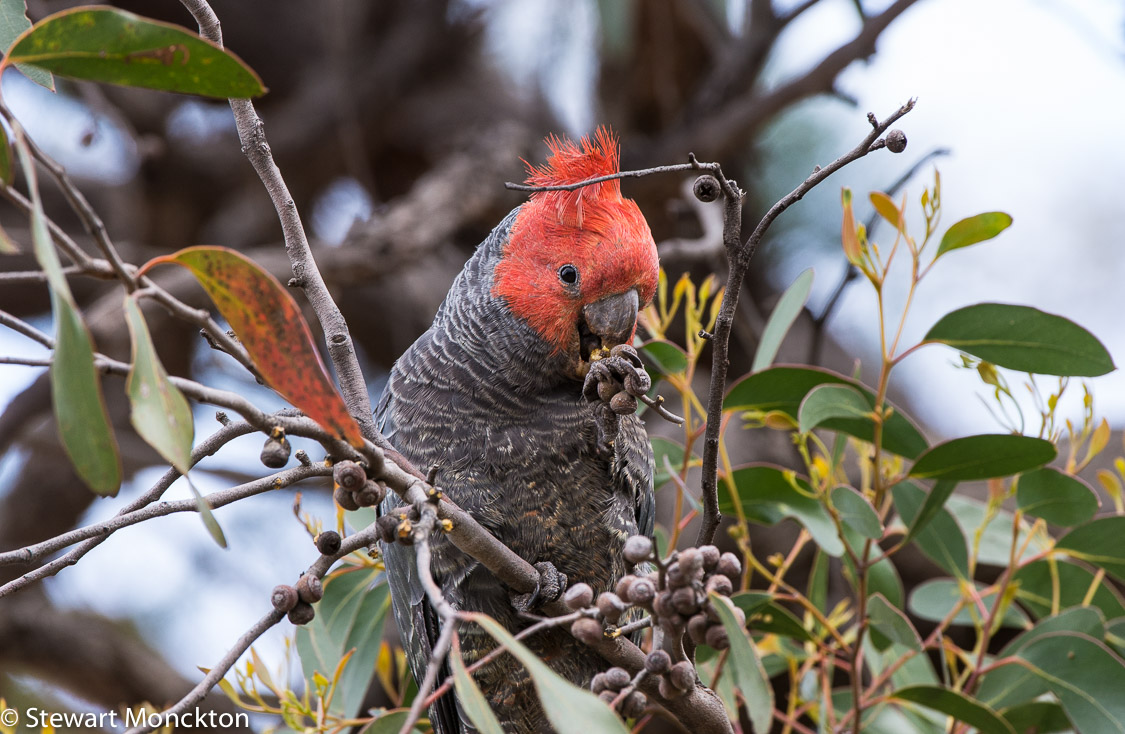 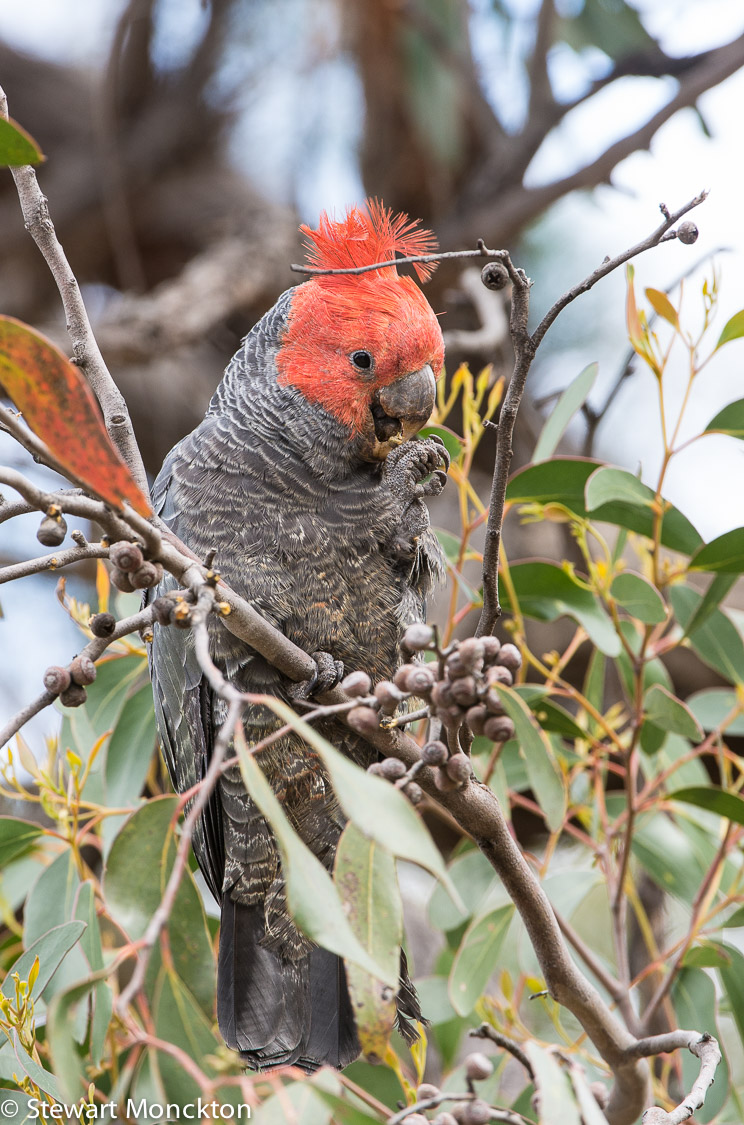 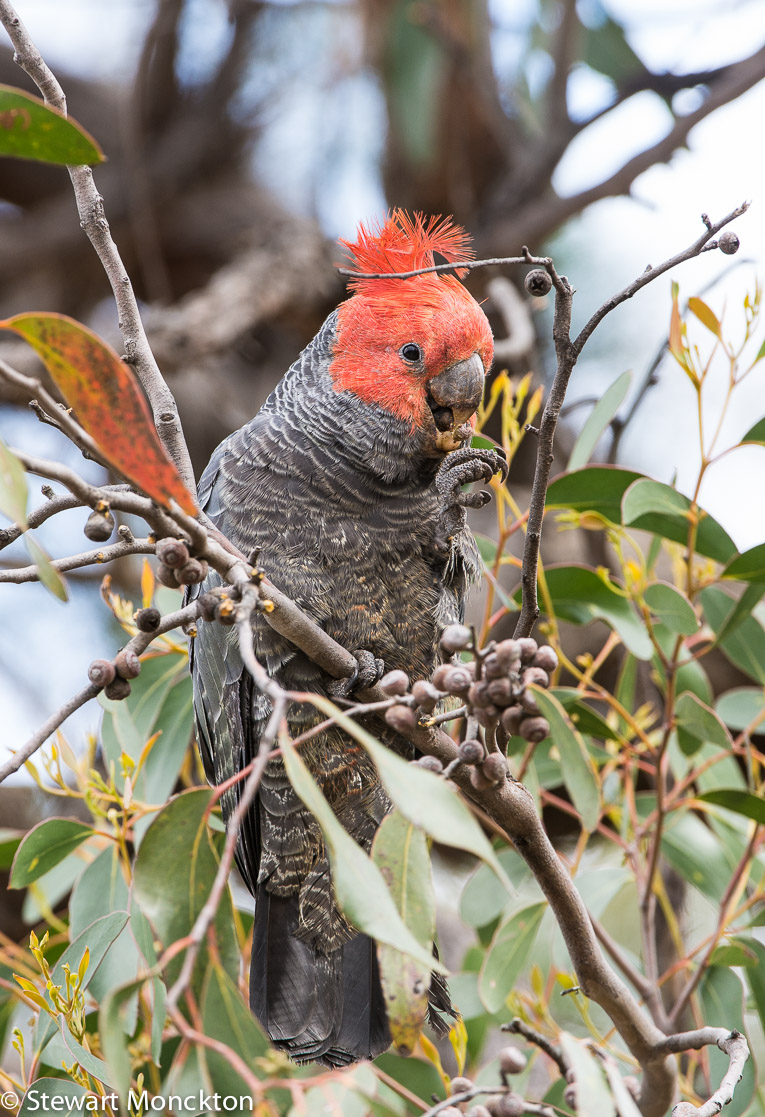 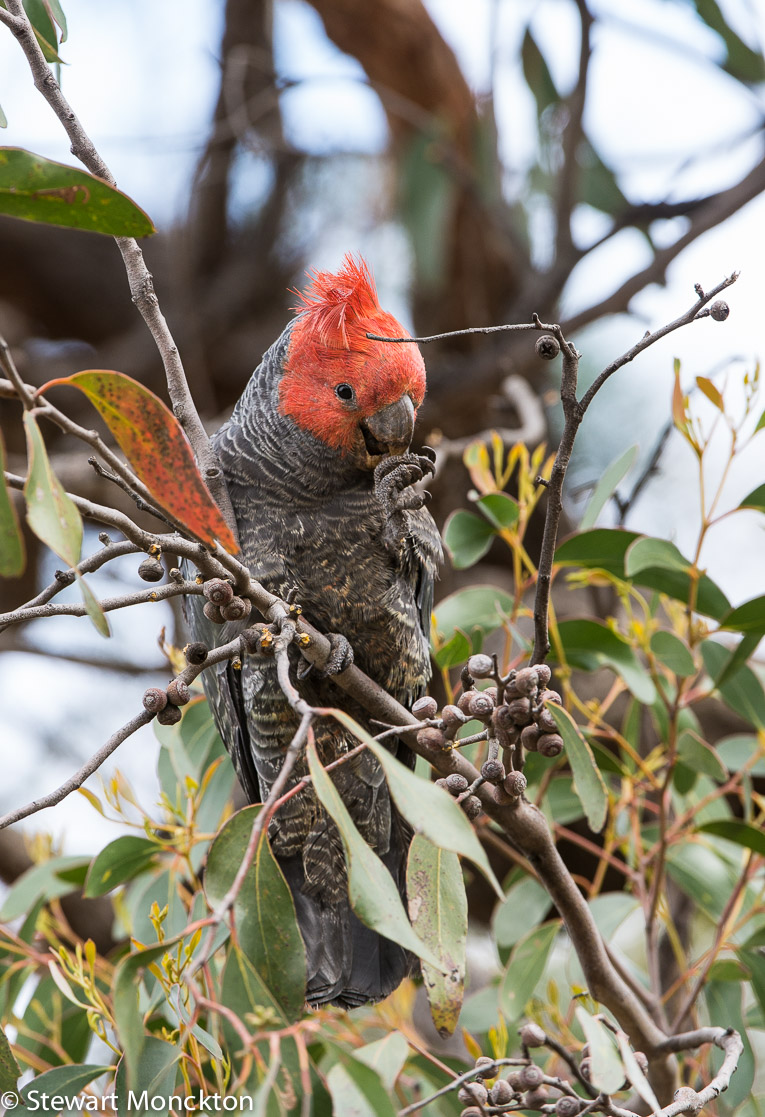 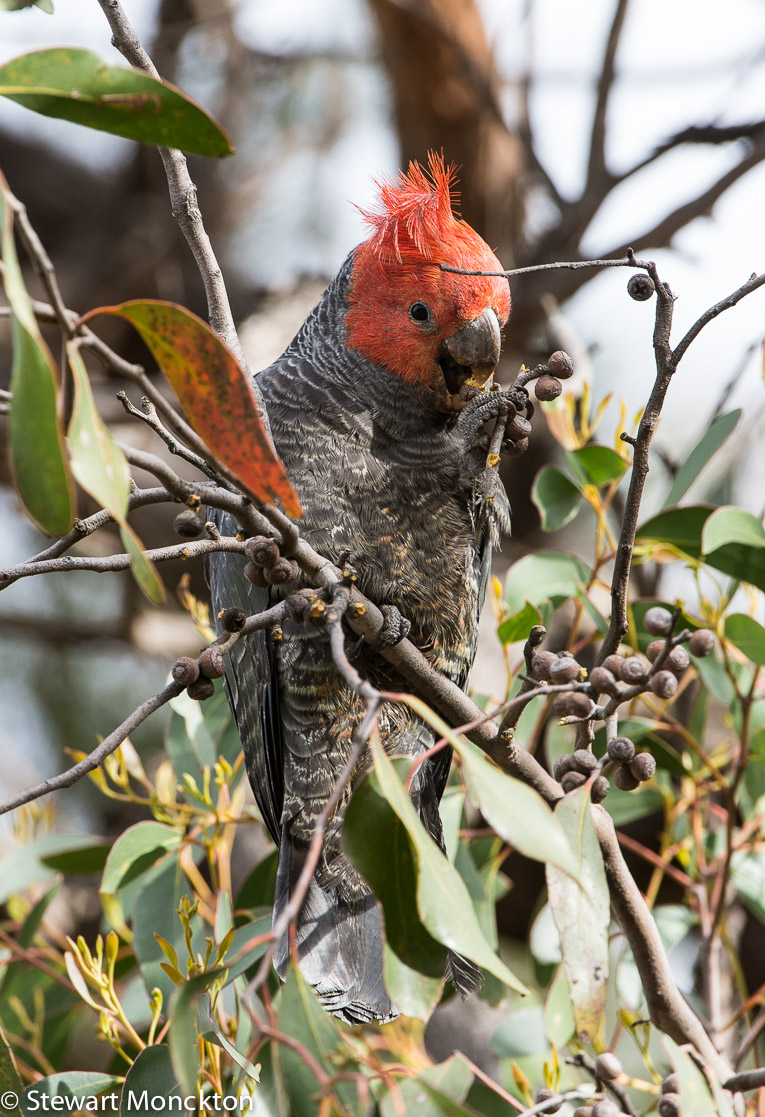 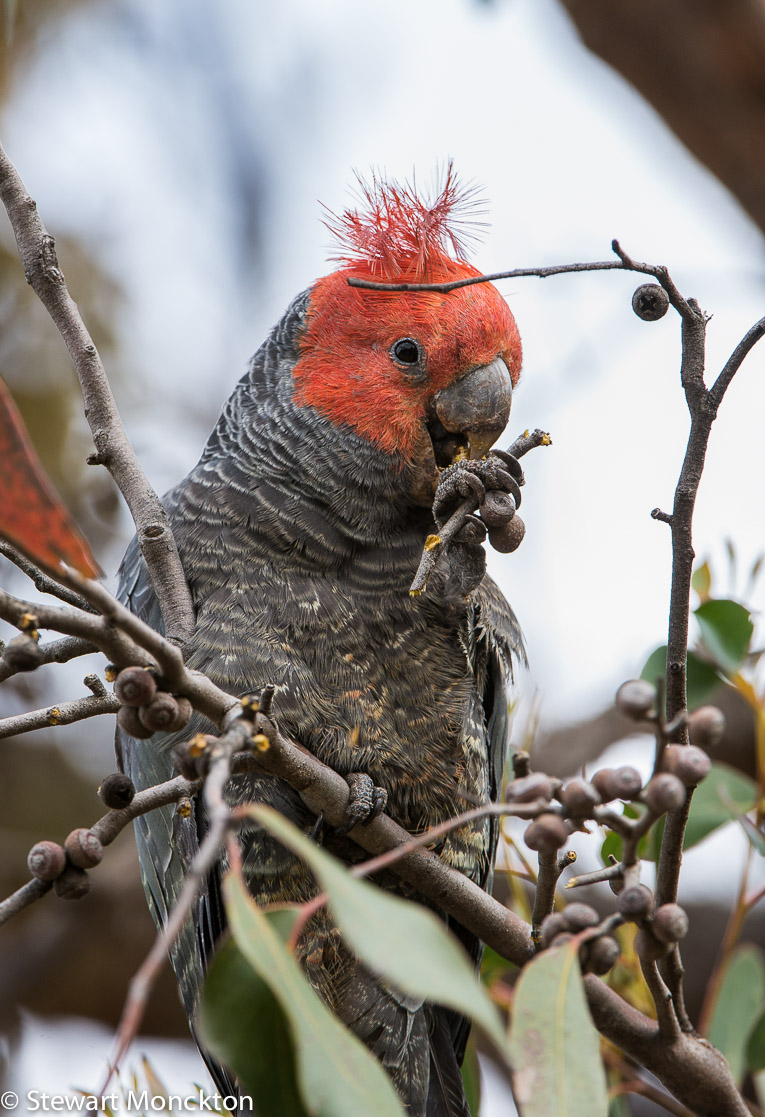 The small right to left twig at head height is a wee bit annoying - but such is life I suppose!

Now it's over to you - click on the blue button below and off you go!  I hope I manage to fix the hour delay issue that occurred last week - summer time and all that. SM
An InLinkz Link-up
Posted by Stewart M at 02:00