The Brough of Birsay is a small island off the north-west coast of the Mainland island of Orkney - like almost all of Orkney it is very rich in archeological sites.  You can get to the island by walking over a causeway at low tide.  As we were returning from looking at the archeological sites I noticed a couple of wader dashing about in the rocks on the shore.

I got good views of one of them and knew it was a Dunlin - that black belly is a bit of a give away.  I assumed the second bird was also a dunlin, but inspection of the pictures I took show it to be a Sanderling.

One of the things that I find hard about identifying these waders in the UK is that I rarely get to see them in breeding plumage - by the time they arrive in Australia, there are in their non-breeding plumage, and generally looking less colourful.

So, here is a Sanderling (first two pictures) and a Dunlin (the rest). 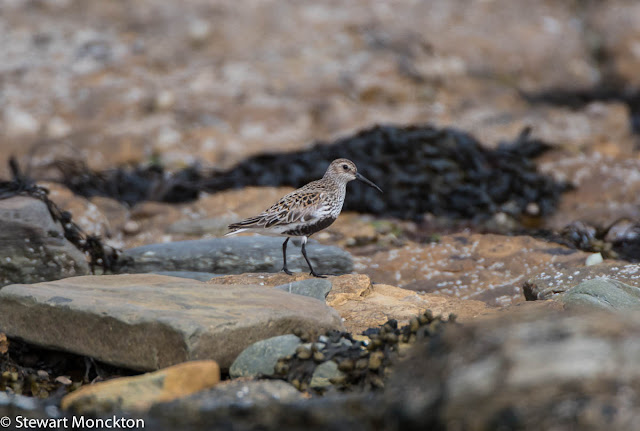 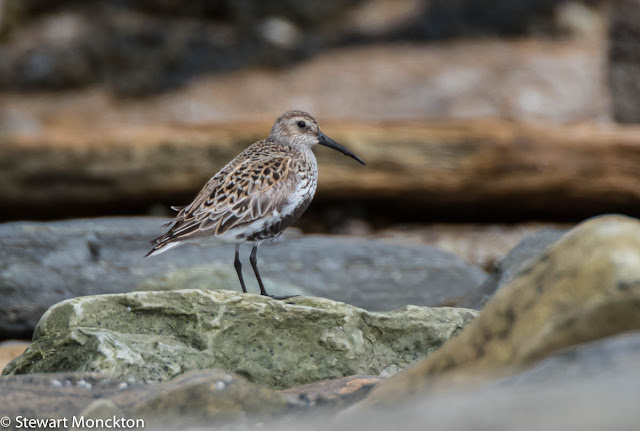 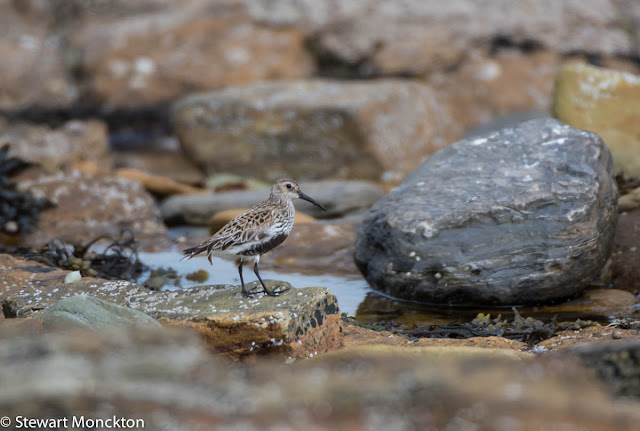 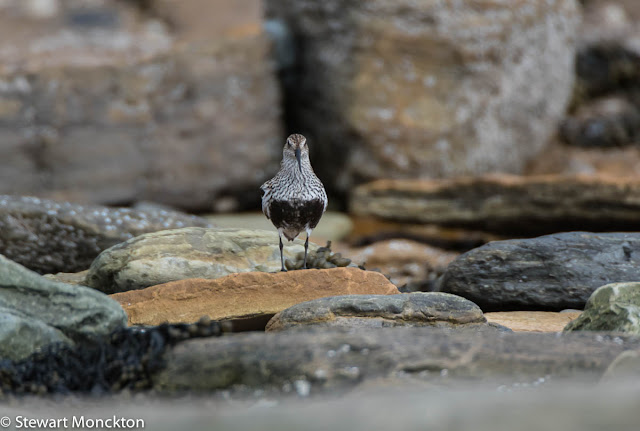 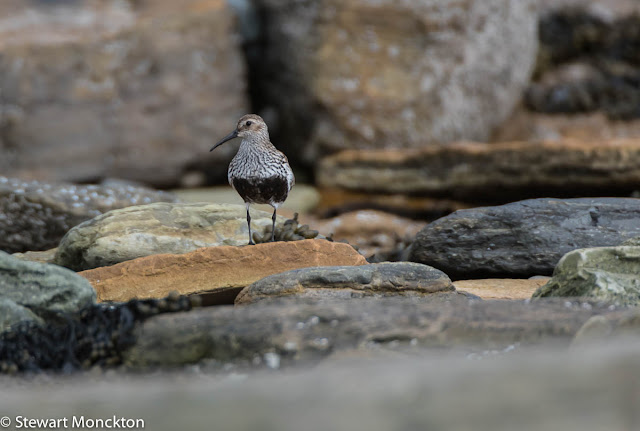 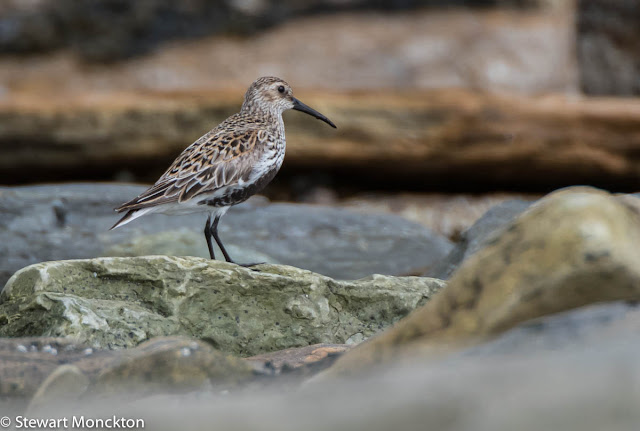 When this post 'goes live' I will be deep in the Northern Territory - so I will be well and truely 'off the grid' as far as internet and such like.  So, don't get impatient if you dont hear from me for a while.

Hope to be able to post some NT birds for next weeks WBW.