The Comb-crested Jacana (Irediparra gallinacea) is a remarkable bird that lives on and around lily pads.  This habit and habitat also gives rise to a couple of other 'common names' - Lily Trotter and Jesus bird - this last one due to its apparent ability to walk on water!

Lily-trotter is a wonderfully descriptive (and accurate) name for this bird which uses its huge feet (best seen in the pictures of the chick below) to spread its load over floating water plants.  These pictures were taken just as the sun was setting on Yellow Water in Kakadu National Park.

As you can see, the adult bird was rather inactive - and as far as I can recall it never moved from the shelter of its clump of plants.  The chicks on the other hand were very active.  Just as we were about to leave, one of the chicks walked into a patch of sunlight - it was a wonderful thing to see.

Just to prove that I did not spend my entire trip 'up north' in Kakadu, I have also added a group shot of this species from Fog Dam, which is less than two hours from Darwin. 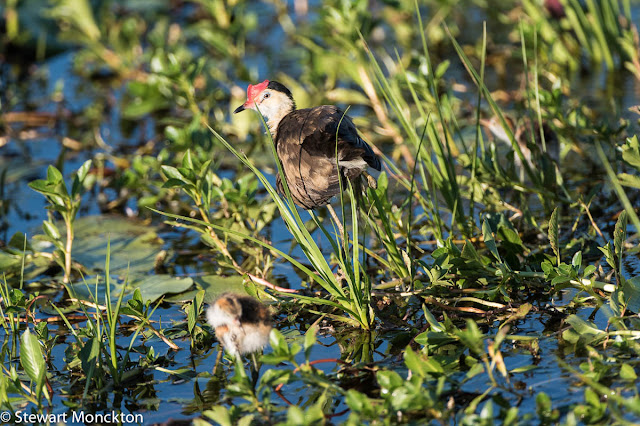 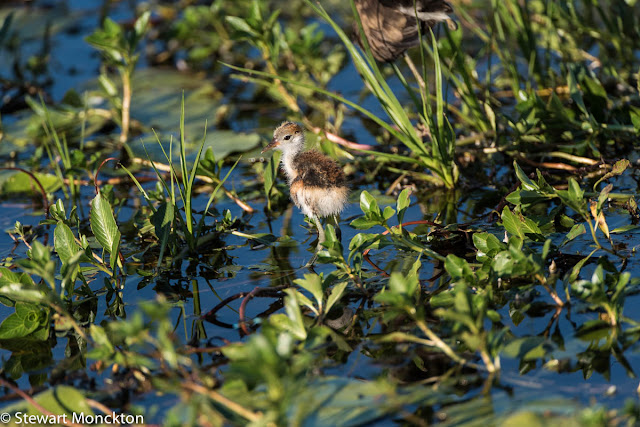 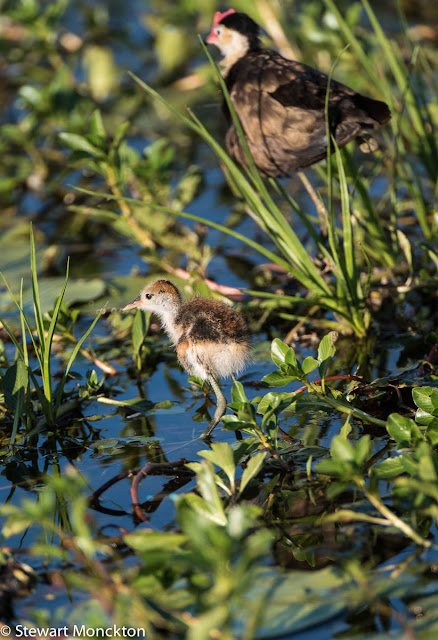 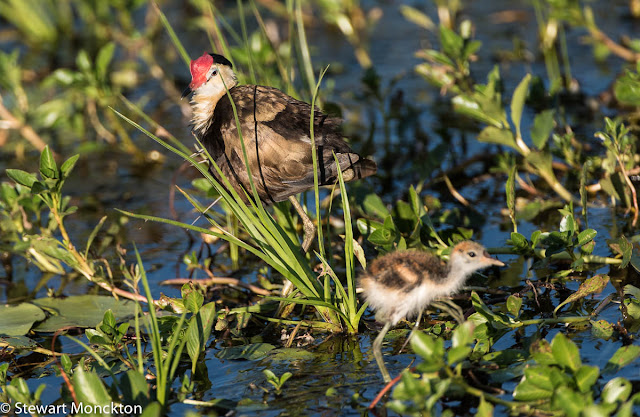 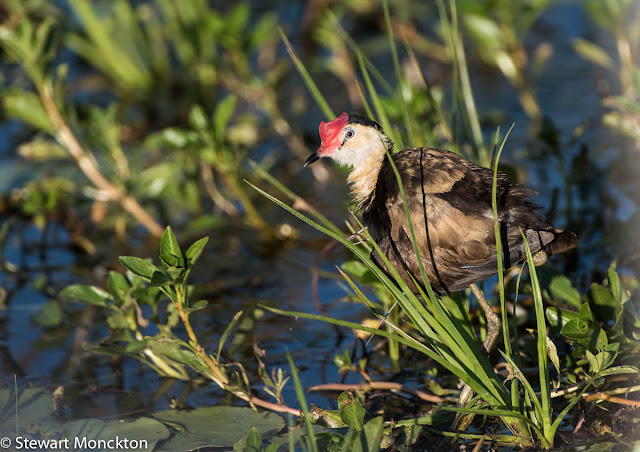 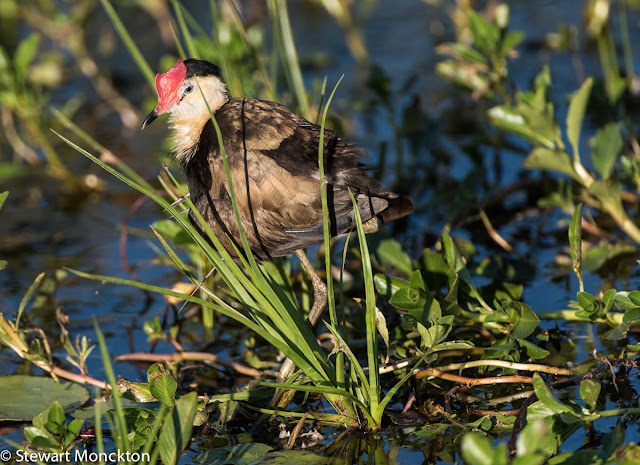 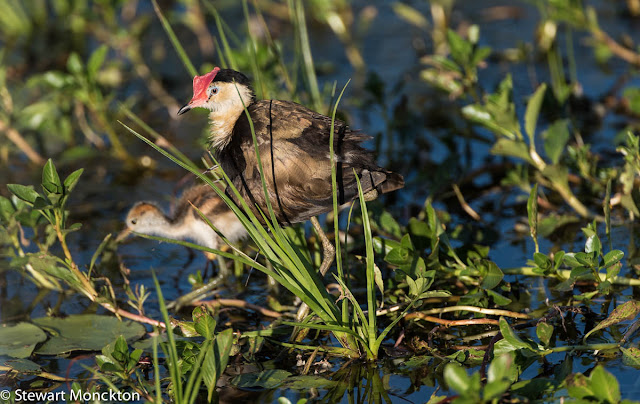 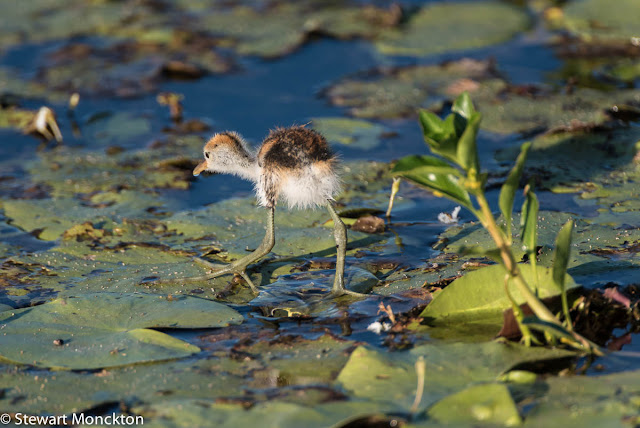 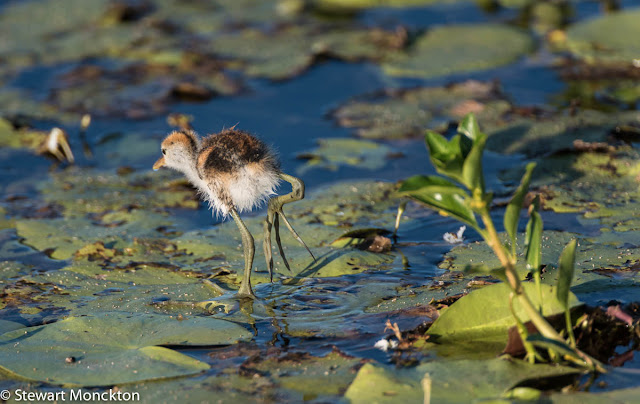 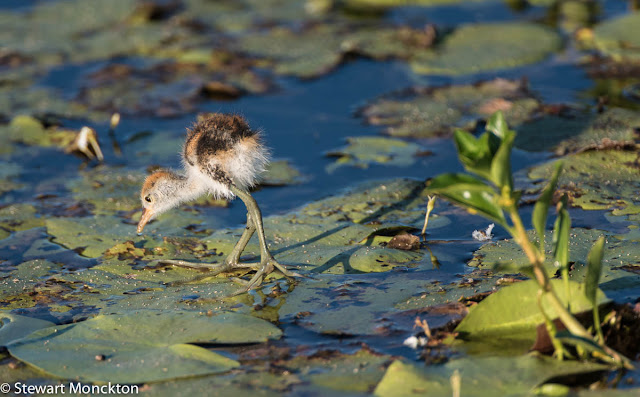 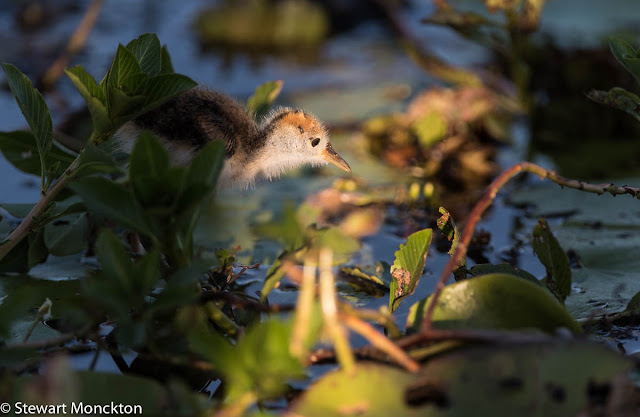 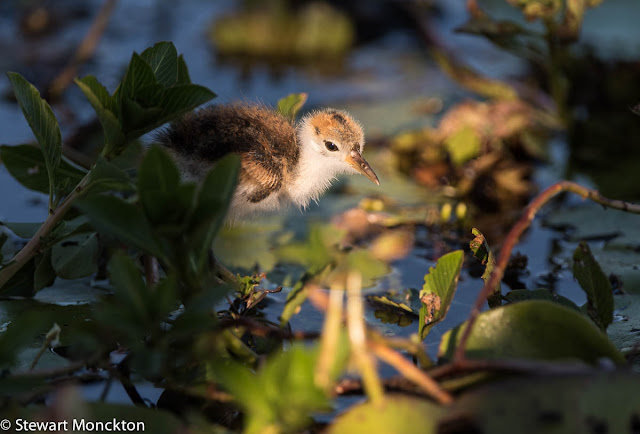 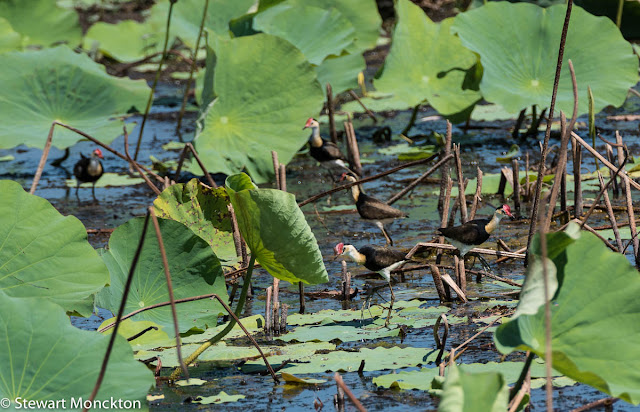 Well, this is the first WBW for 2017 - so lets make an effort to make as big as possible!  Pass on the link, encourage friends and relative to visit and link up and lets see how it goes.  I took a week off over the holidays, so I'll visit everyone soon!  SM