One of the things I was looking forward to seeing in New Zealand were the black sand beaches.  These beaches are produced from dark volcanic rocks and are rich in iron.   If you have not seen pictures of this beach before, you may have seen them in the 1993 film The Piano.

It took me a little while to work out that the beach was in fact clean, and you could kneel in the sand and just brush it off, just like normal sand.  It was a rather strange and beautiful place.

These pictures were taken at Karekare, which is on the west coast of North Island, less than an hour from Aukland. 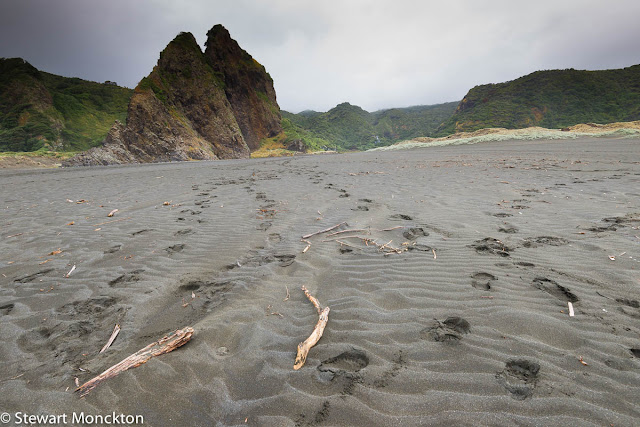 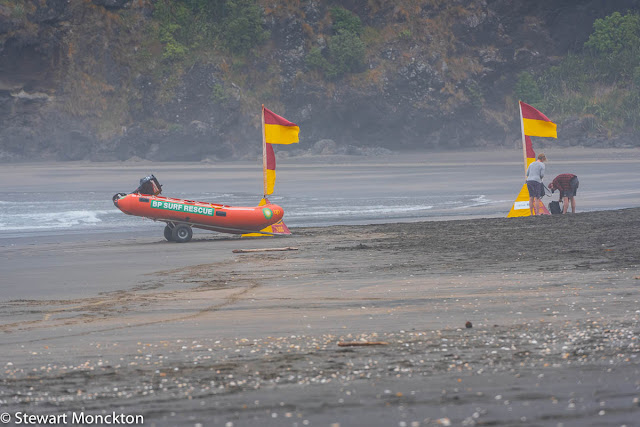 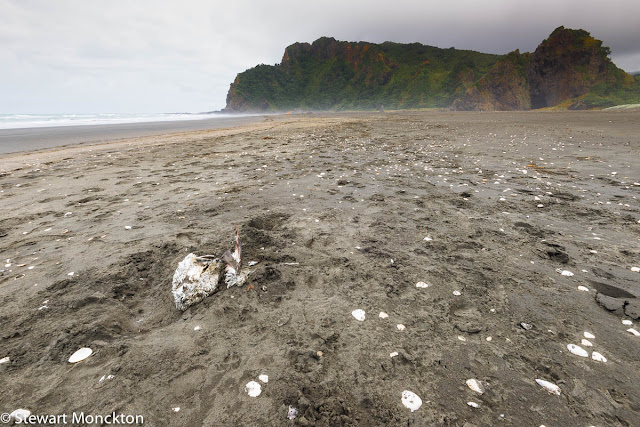 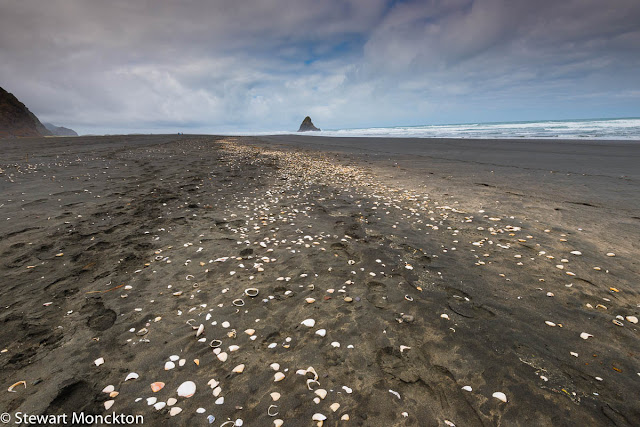 I have added two versions of the final image - taken a few seconds apart as my family wandered into the picture.  I think I like the second version more, because of the sense of scale the people give the picture.

You can find more shots from around the world at Our World Tuesday.
Posted by Stewart M at 19:00