As a number of you may have noticed I was in New Zealand in the middle weeks of January - what a place!  I can only recommend you go there.

One of the issues I faced as a birder there, was 'translating' the common names of the birds I saw into a form with which I was familiar.  According to my field guide, the birds in this post are Black-Backed Gulls, or to use the Maori name, Karoro.  If I had seen the same bird in South America it would have been called a Dominican Gull, and if I had seen it at home I would have called it a Kelp Gull.

The bird is of course all of these and none of them at the same time.  All over its distribution this bird is Larus dominicanus - its formal name giving us all the certainty I need, that, having seen Kelp Gulls in Australia, my life list had not clicked up by one when I saw a Black-Backed Gull in NZ.

In the past people have laughed at me for my interest in taxonomy - but I think this is a nice example of why its important.  We can't know what things are unless we agree on a name - so here, in all its gully glory is Larus dominicanus.

If you look at the post from yesterday, you will find more images of the black sand beach on which I took these pictures. 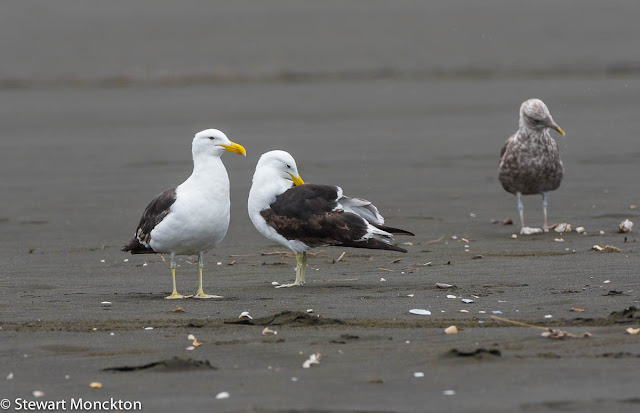 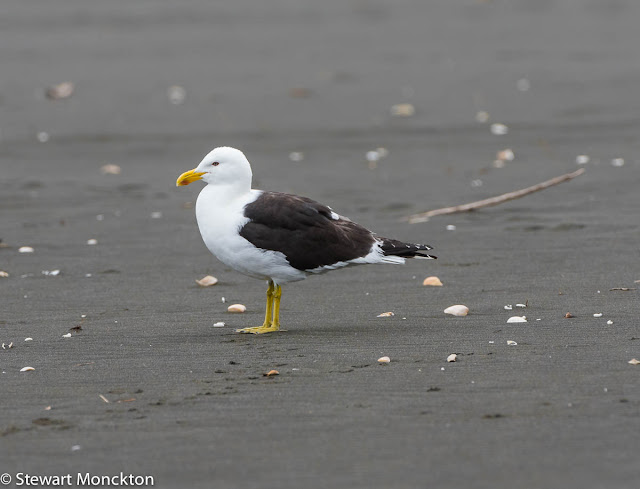 These birds, like most wild gulls (rather than their chip loving urban cousins), are difficult to approach - so I was rather pleased with these images.

Now its your turn to be pleased with your images and to share them with the WBW community by clicking on the blue button below!