Much as it may seem like I spend all my time watching birds, that's not actually the case.  I don't mind watching a mammal or two if they show up.

The first mammals I saw in India were Palm Squirrels - and I think these are Five-Striped Palm Squirrels.  To be honest these little rodents are pretty common, and the chirping of 'squirrel stress' followed us almost everywhere.  They are undoubtably rather good value! 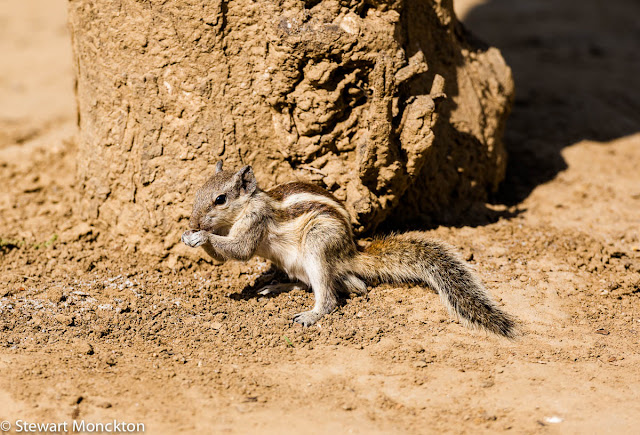 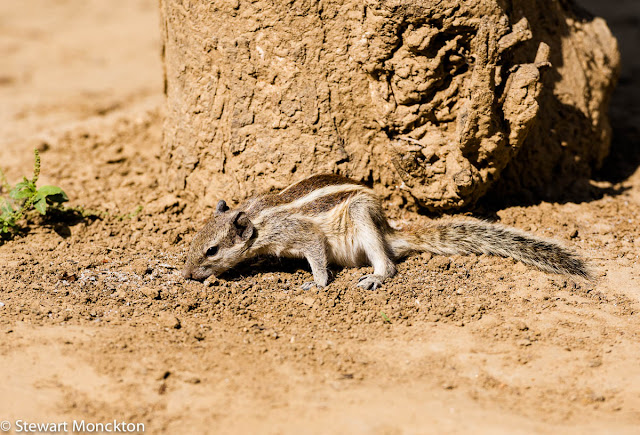 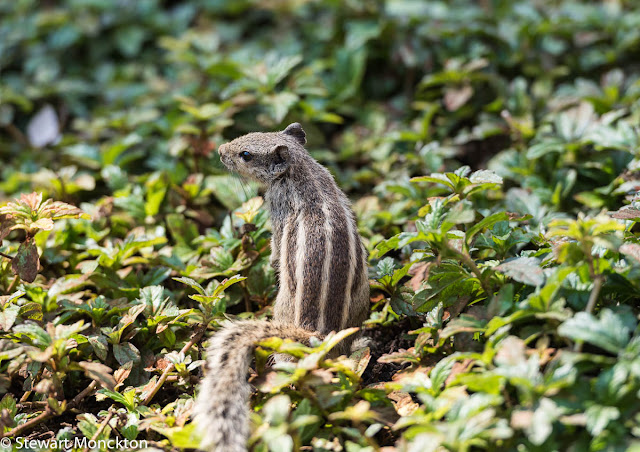 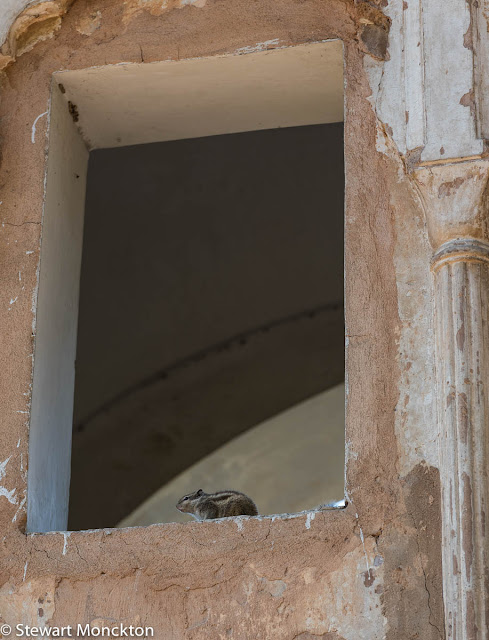 I do like the shot of the Palm Squirrel in the window - but I do wish it had put its tail on show!

The next mammal was a real surprise - it's a Small Indian Mongoose (well, probably!).  This fast moving animal was hunting around the footings of a temple complex in the Lodi Gardens in Delhi.  I was in tourist, rather than naturalist mode, photographically so I only managed a rather distant shot - the version below is a heavy crop.  I rather like that face! 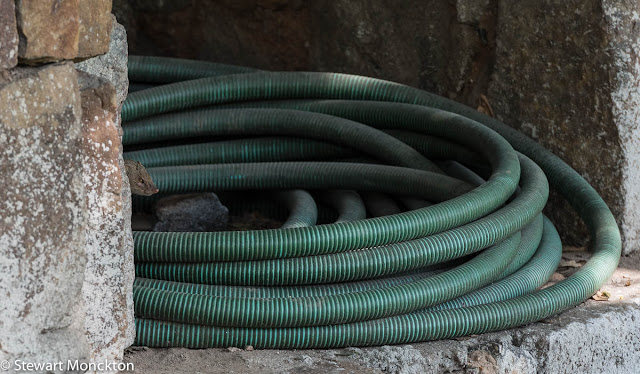 The Nilgai or Blue Bull is largest Asian Antelope and is endemic to the Indian subcontinent.  I saw this male - and some females that I could not photograph - in the Sultanpur National Park.  In the pictures below you can see some Painted Storks in the trees and a Pintail in the water as well as the Blue Bull. 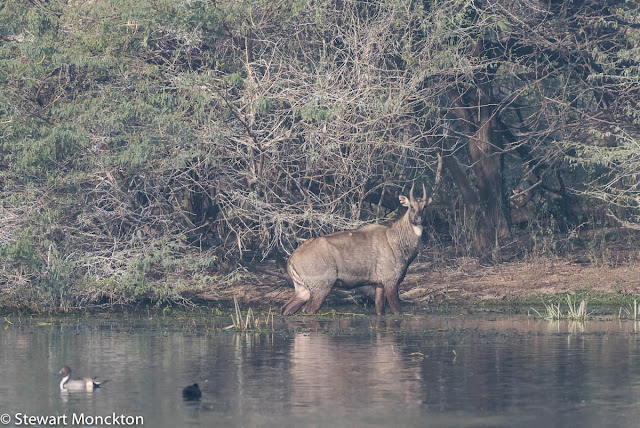 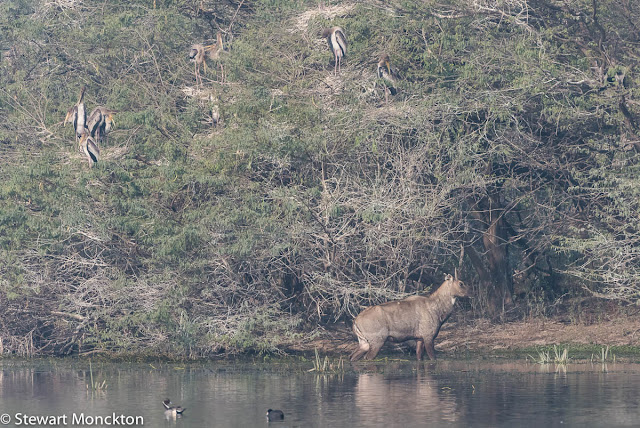 I'll be linking this post to Saturday Critters - where you can find more animals from around the world.