It's not often that you see creatures from heraldry stalking the landscape - but here are the two animals that feature on the Australian Coat of Arms having a bit of a late evening snack near to Halls Gap.

I would be reasonable to say that the light for these shots was not great!

Also these two iconic beasts would not line up for the perfect shot - so focus was a bit of one or the other, but not both.  The bird is an Emu and the Kangaroo is an Eastern Grey.

To be honest, the Kangaroo on the Coat of Arms is a different species - the Red Kangaroo - but the whole thing still made me smile.

More pictures of Emus and Roos to follow in coming posts! 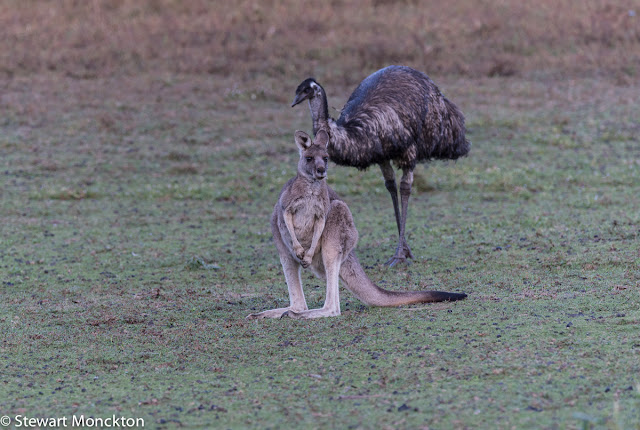 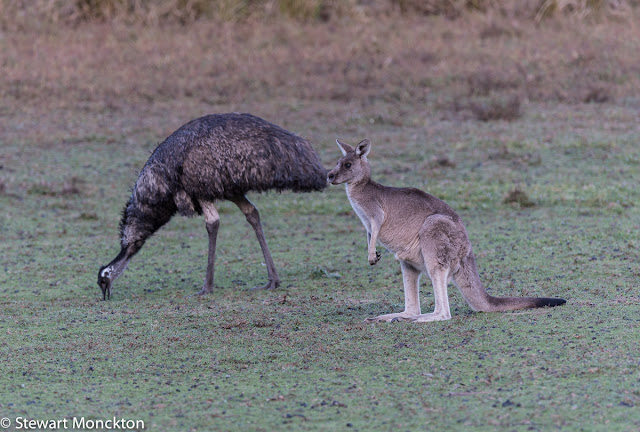 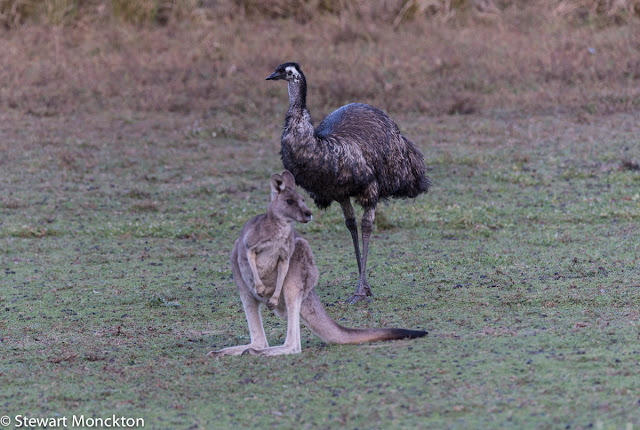 More pictures from around the world at Our World Tuesday.  SM
Posted by Stewart M at 03:00