I'm rather more excited than usual about this post.  Firstly, I am finally on leave.  And secondly I managed to photograph this remarkable bird on the weekend.

These are pictures of a Plains-wanderer (Pedionomus torquatus) a rather odd wader that lives on the grassland in a rather restricted area of grassland in southern and central Australia.  This bird is classified as Critically Endangered, mainly due to habitat loss.

Interestingly this bird is the only species in the family Pedionomidae and genus Pedionomus, and it is endemic to Australia.  As I mentioned this bird is actually more closely related to waders than the quails that it seems rather similar to.

We found these birds roosting in longish grass - their preferred habitat - in the Terrick Terrick National Park in northern Victoria.  This species just freezes in place when it feels threatened, which make them easy to observe once you have found them.  It's finding them in the first place that is hard.  Over a couple of hours we found three in prime habitat.

The males have a black and white collar on the back of the neck, and a rufous bib.  We found two males - neither of which were in prime breeding plumage - and one female. 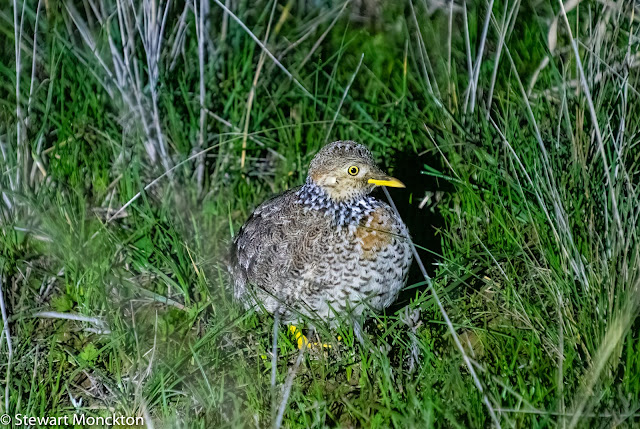 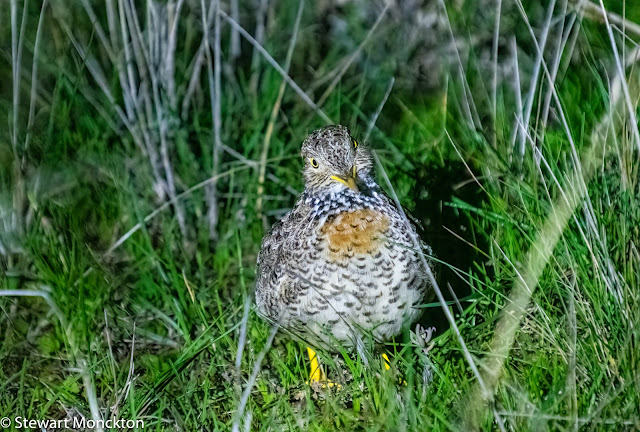 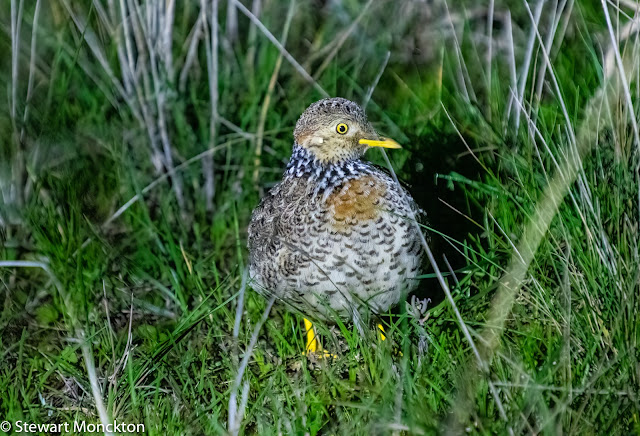 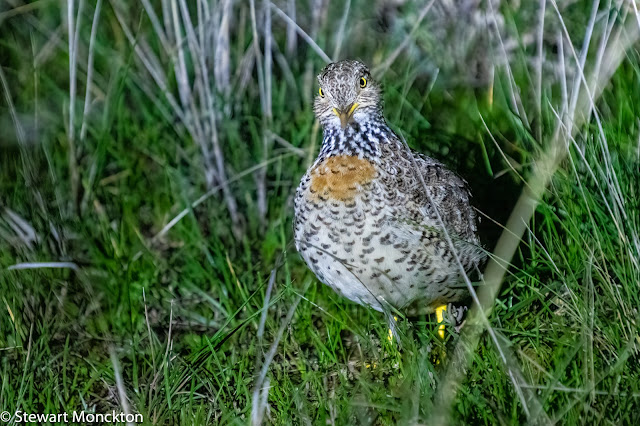 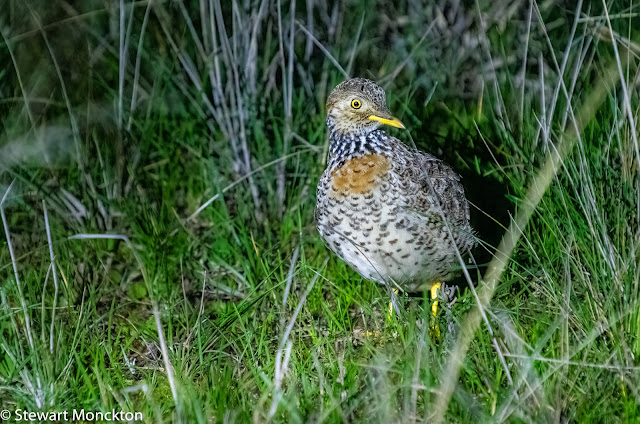 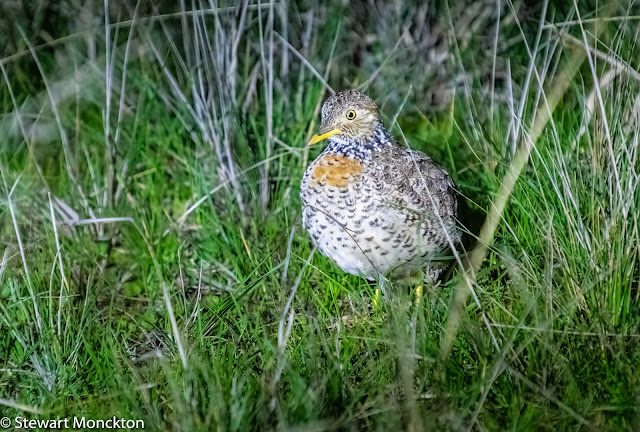 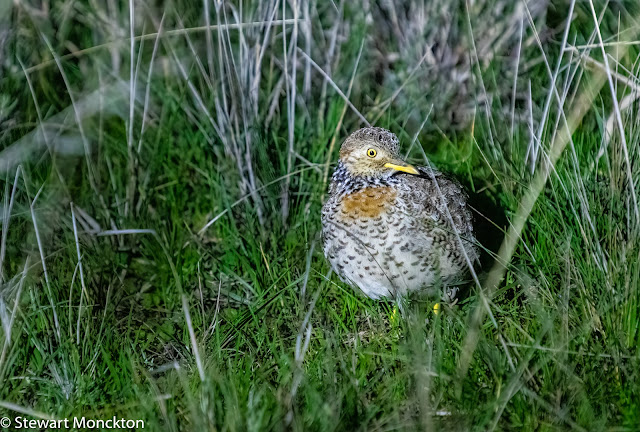 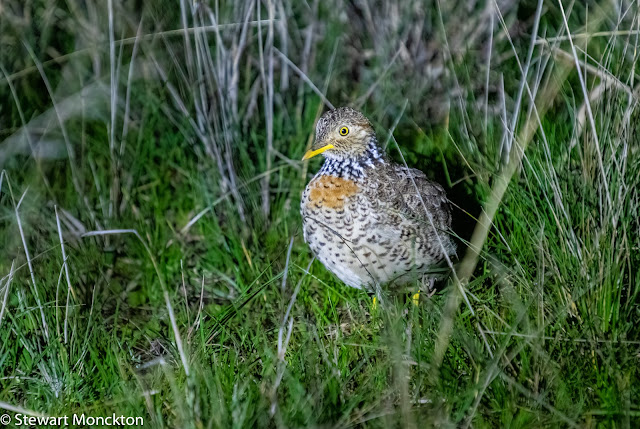 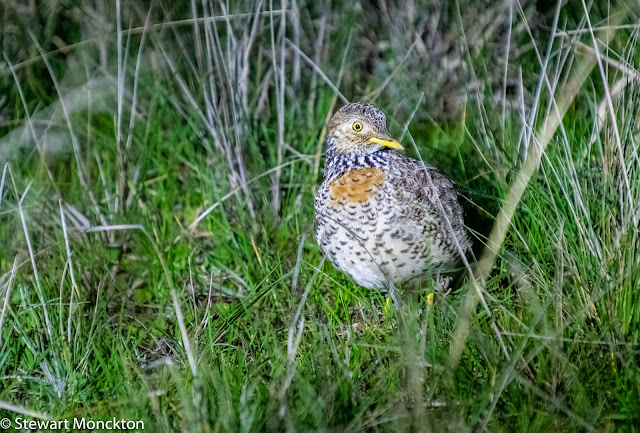 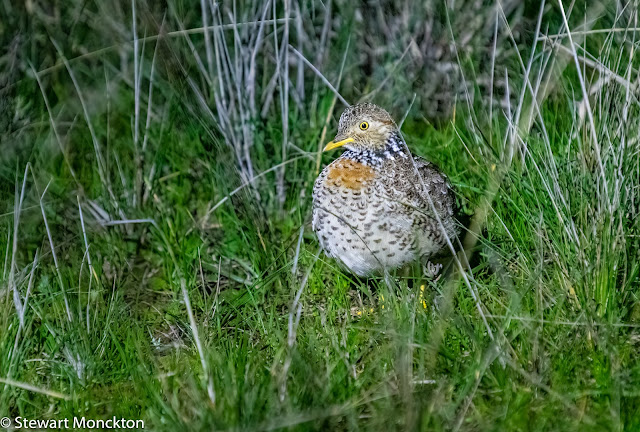 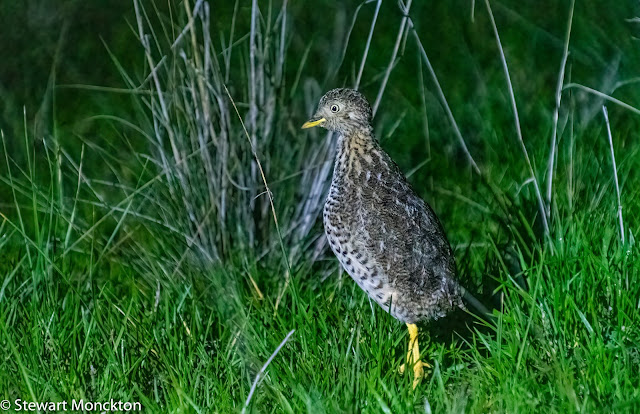 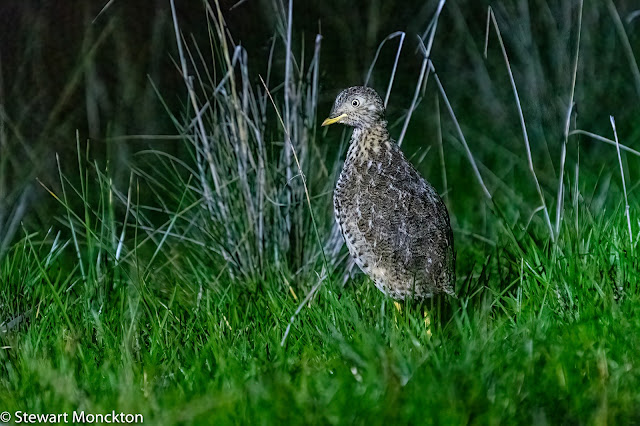 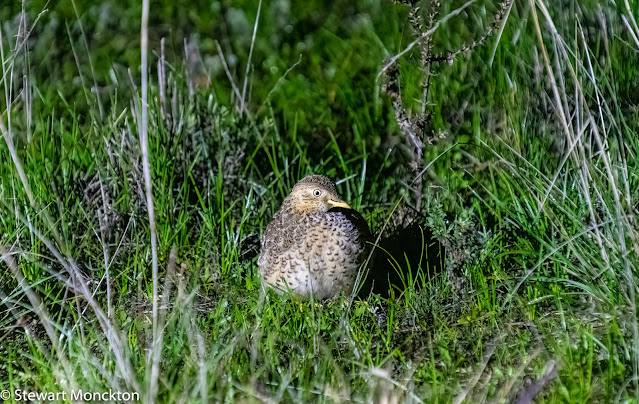 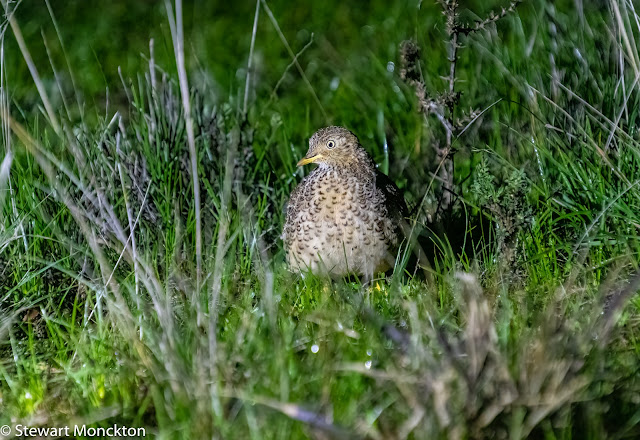 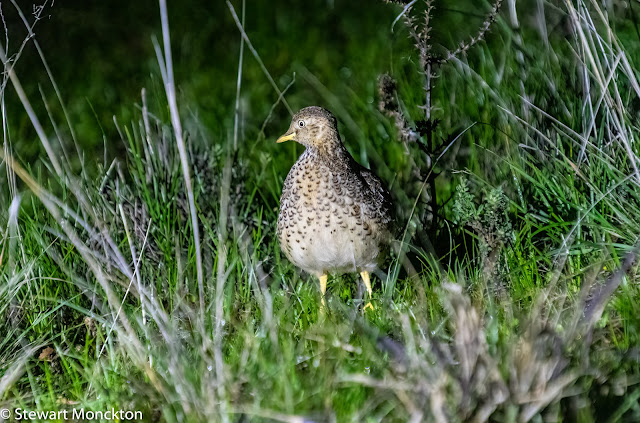 As ever you can click the blue button to join in with WBW.  Stay safe and get vaccinated.  SM

Click here to enter
Posted by Stewart M at 18:21