A bit of a furphy.

When you move between countries - or even regions of a country - the slang or vernacular can change markedly.  I love the phrase that England and America are two countries separated by a common language!

One of the terms I encountered rather quickly in Australia was the "furphy" (or the furfie).  It would be used in conversation like this.  "Thats a bit of a furphy"  - it means a rumour, untruth or something improbable or irrelevant.

One theory about the origin of this phrase is that soldiers would gather around mobile water tanks on the battle field and swap rumours and gossip - and the manufacturer of the water tanks was J. Furphy and Sons of Shepparton, Victoria.  Its a good story.

And this is a real Furphy! 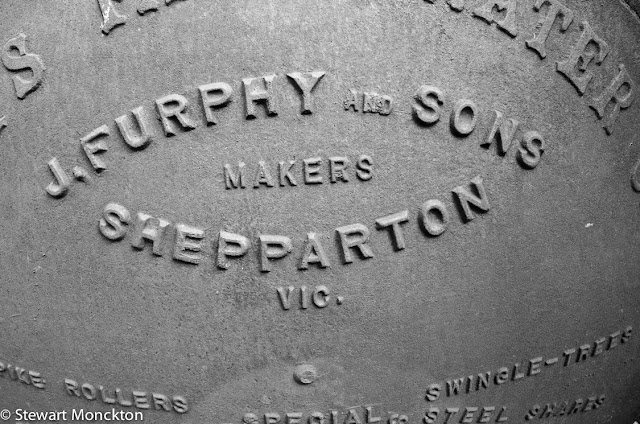 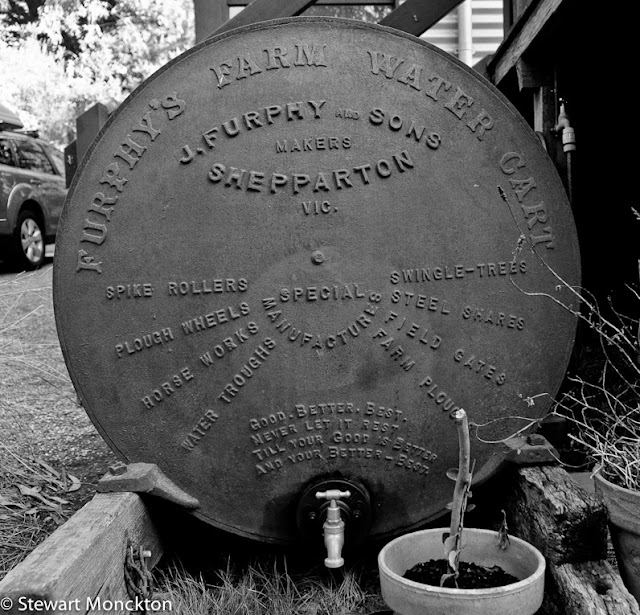 Have a look at the slogan above the tap. I'm not sure companies do this kind of thing any more!

I'm linking this to Macro Monday 2 and to I love Macro.