This is the 52nd WBW since I picked up the reins from Springman and changed the "World" to "Wild", just to make things feel a more mine!  A big thank you to everybody who has linked up and joined in.  At present we get between about 55 and 70 blog link up each week.   But plans are afoot to increase the number!!

So, given that its an anniversary I thought I'd go with a bit of a classic Australian bird - the Kookaburra.

Now most people probably know about - or have heard in old Tarzan movies - the Laughing Kookaburra (Dacelo novaguineae) from books, films and tourist information.

There is a good story attached to the scientific name.  "Alcedo" is the genus name of a European  kingfisher as used by the father of all things binomial Linnaeus.  The sharp eyed may have spotted that Dacelo is an anagram of Alcedo.  In a 1842 report contributed to by no lesser a person than Charles Darwin the playing of such games in species names was described as "in very bad taste, and is especially calculated to bring the science into contempt".  (That must have been a fun group to be involved with)  ..... but wait there's more.  The specific name novaguineae was used because it was thought that the first specimens of this species were from New Guinea - which they were not!  They were from New South Wales!  So the whole name is a bit of a joke all in all!

So here are some pictures of the anagram bird from the wrong country! 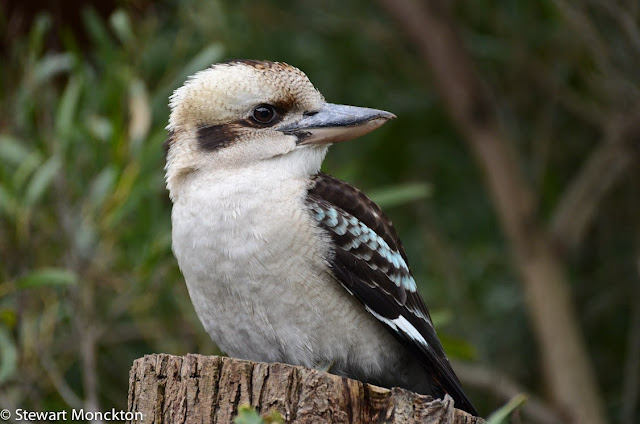 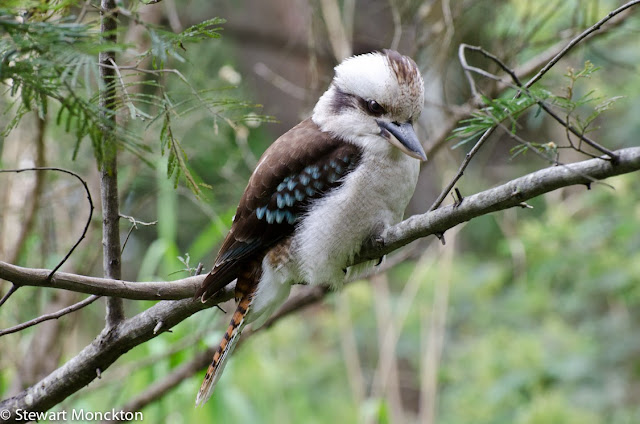 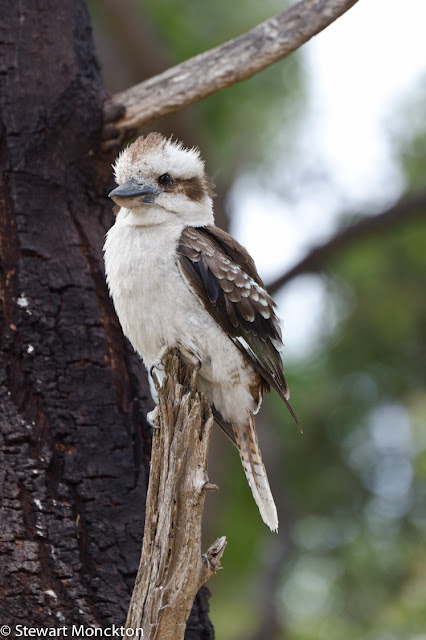 The laughing kookaburra is found down the east coast of Australia - but is also common in a small part of Western Australia and Tasmania where they were introduced.

Many people may not be aware that there is another species of Kookaburra in Australia - the Blue Winged Kookaburra (Dacelo leachii).  This bird is name for its blue wings (!) and William Leach who described it.   The voice of this bird is described as "Appalling, a guttural 'klock, klock' developing into a cacophony of mechanical squawks and screeches" - and while this bird is not the most tuneful I listened to, this seems a bit harsh.

The first two images are of a Blue Winged Kookaburra sat on a light pole at a restaurant on Magnetic Island - I have no idea why the bird has a golden beak! As you can see it was at night! 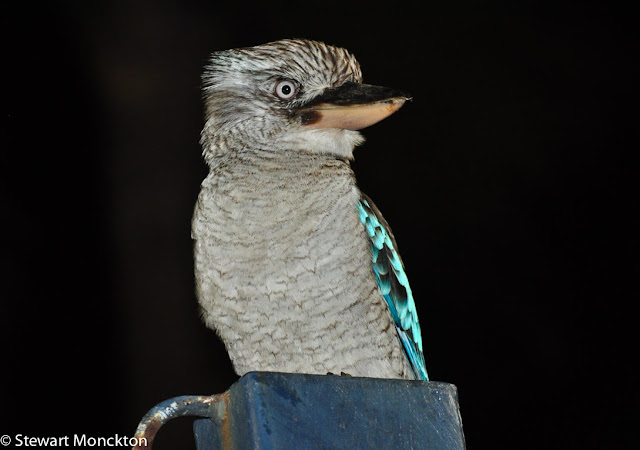 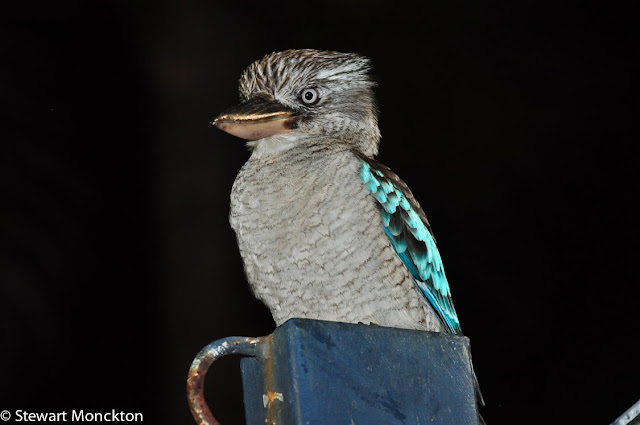 This next picture is not one of H's best - but it does show the blue wings and tail of this bird rather well - this was taken at a falconry display on Kangaroo Island. 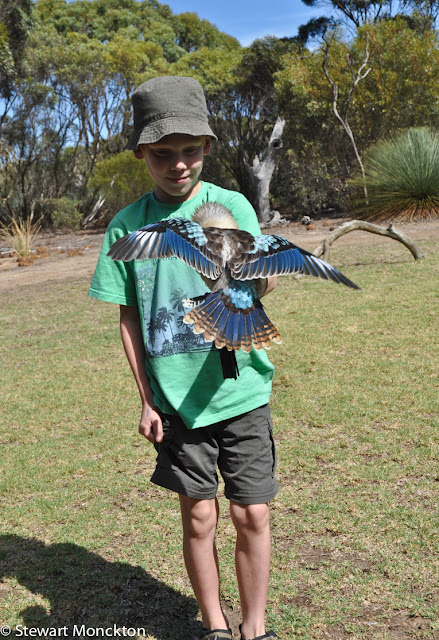 This bird (an occasionally this boy!) is found in Northern Australia - which is why is probably less well known than its Laughing cousin!

And that just about wraps up the One Year Anniversary Post for WBW.
Now its over to you!  Click on the link below and off you go. Don't forget to link back to here and to visit and invite along new bloggers.  SM