Some of you may be aware of my fondness for car parks as prime birding locations - they often provide some great birds.  Another of my personal favourite locations to watch birds is around the tables of cafes on the edge of Nature Reserves or Botanical Gardens.  The Olive Pink Botanic Gardens in Alice Springs proved to one of the better examples of this generally neglected habitat.  Keen followers of WBW will have seen the Spotted Bower Birds last week - now I bring you another "lunch time" bird - the Grey-Crowned Babbler.

This bird - formally addressed as Pomatostomus temporalis - is one of the most amusing birds I have had the pleasure to watch.  They are highly vocal, with ringing a "yahoo" being their signature call.  They also move around in groups - squabbling and fighting with each other in the branches, on the ground and (in this case) in the tables in front of us.

If there was ever a single bird that could convert a person to the charms of birding it would be this one.

One of the other interesting aspects of this birds biology is its breeding strategy.  They are co-operative breeders - meaning that the groups that they move around in are likely to be family groups.  The dominate (parent) pair are assisted by their own offspring from previous years.  This is considered to be an adaptation to the highly variable nature of the Australian climate, where we move from boom to bust in the turn of a year.  In such a variable climate having some assistance in bad years helps ensure success. 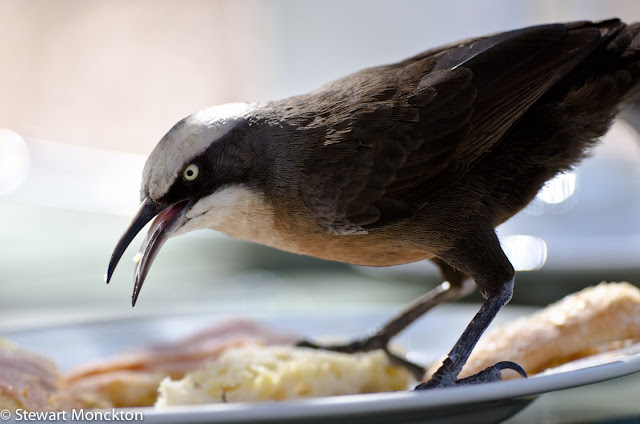 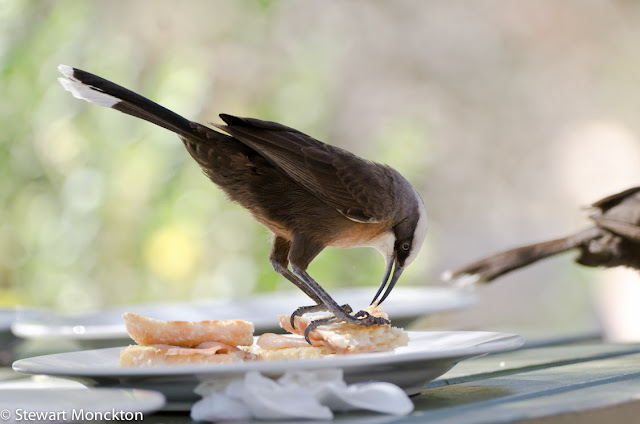 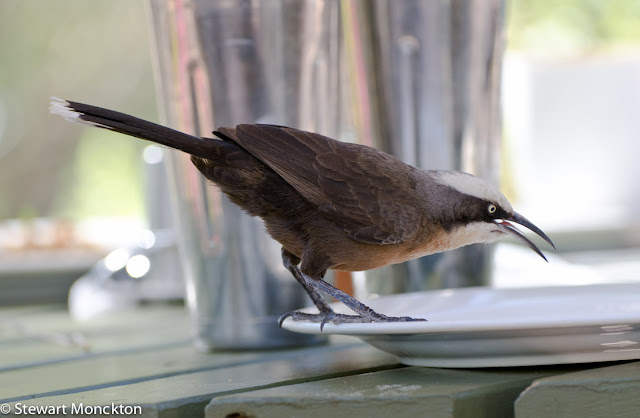 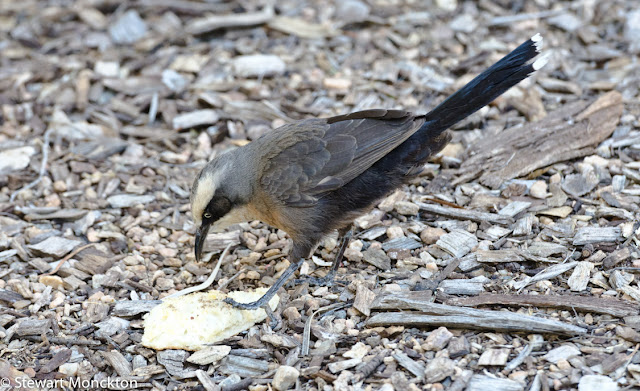 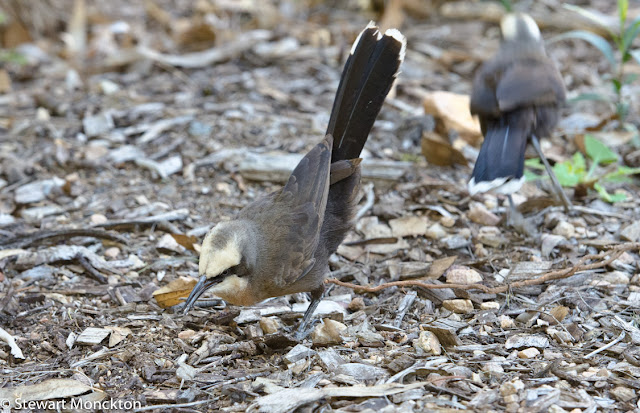 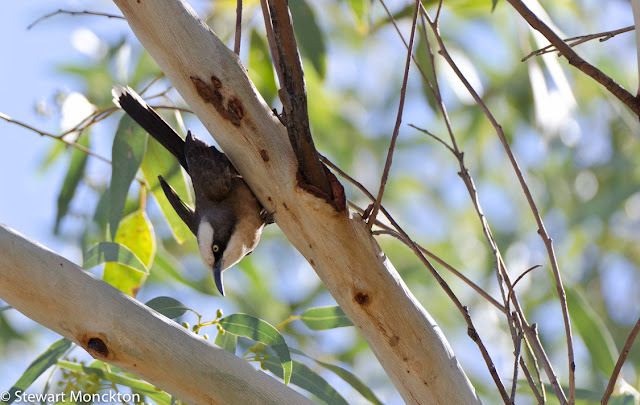 Now its your turn to get involved in WBW.

Cheers - Stewart M (whose bad ankle is getting better by the day!)
Posted by Stewart M at 02:00