This is the first in what may be a longish sequence of images from my recent month in the UK.  Wonderful weather - summers like when I was a kid - and lots of good things to see!

We spent a few days in Norfolk, a part of the UK I had never been to.  On one of the days we went to Norwich and spent some time in the Cathedral.

One of the things I wanted to see there was a roof boss carving in the cloisters. The cloisters were build between 1297 and 1430, with the Black Death causing considerable delays in its progress. 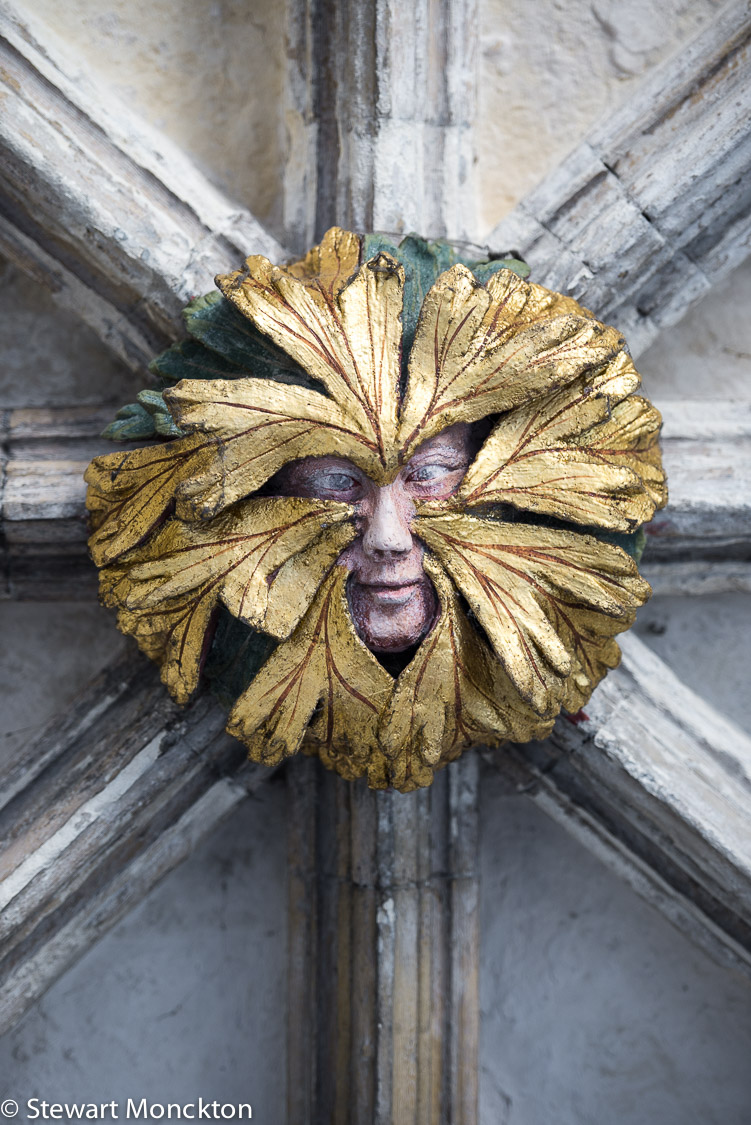 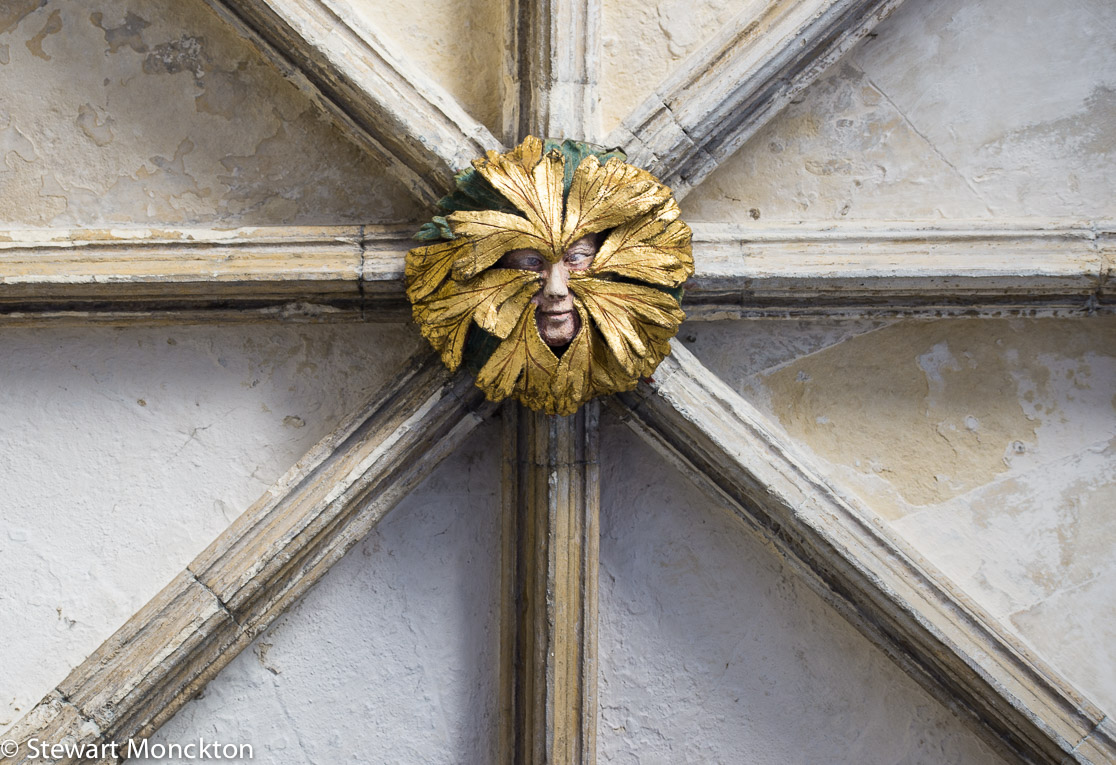 Similar figures are not that uncommon in many churches in the UK (and other parts of Northern Europe), but there meaning and significance is debated.  A common line of thought suggests that the face - which is always flanked by leaves or branches - is an adaptation of a pre-christian religious symbol.  If these earlier religions were rooted in a close connection with nature, here we may have a woodland spirit, the essence of places small and green, peeking in on the rites and rituals of the religion that largely replaced it.   I have to say, its a thought that I find rather comforting.

You can find more macro images at Macro Monday 2 and I Heart Macro  SM.
Posted by Stewart M at 19:07