While leaning on the windowsill of out little flat in Hampstead, drinking tea and watching the world go by, I noticed a rather flash looking, bright yellow sports car parked on the other side of the road.  I have a passing interest in such things, so I asked H, my resident expert to identify the vehicle.

With rather less effort than I was expecting H identified it as a McLaren MP4-12C!  On road cost about 1/2 million Australian dollars - which is a great deal of money in any currency!

As he was providing me with this information, an equally bright yellow, but rather less flashy van pulled up behind the sports car.  In large letters on the van was the logo of the Automobile Association - it was an AA van.

For those of you not familiar with this organisation, its a roadside repair and assistance club - in other words the flash car was broken down!  It was too good an opportunity to miss!

I grabbed a camera and went out to take some pictures - the owner of the car took my interest rather well under the circumstances, and told me what the problem was - the car would not go into gear.

I loved the coincidence of the matching colours - and the fact that sports car was being overtaken by a man on a bike!

Then a Ferrari went past, and the situation become even more silly!  While there was no shortage of very new cars on the high street, it was not really packed with super-cars, mobile or not! 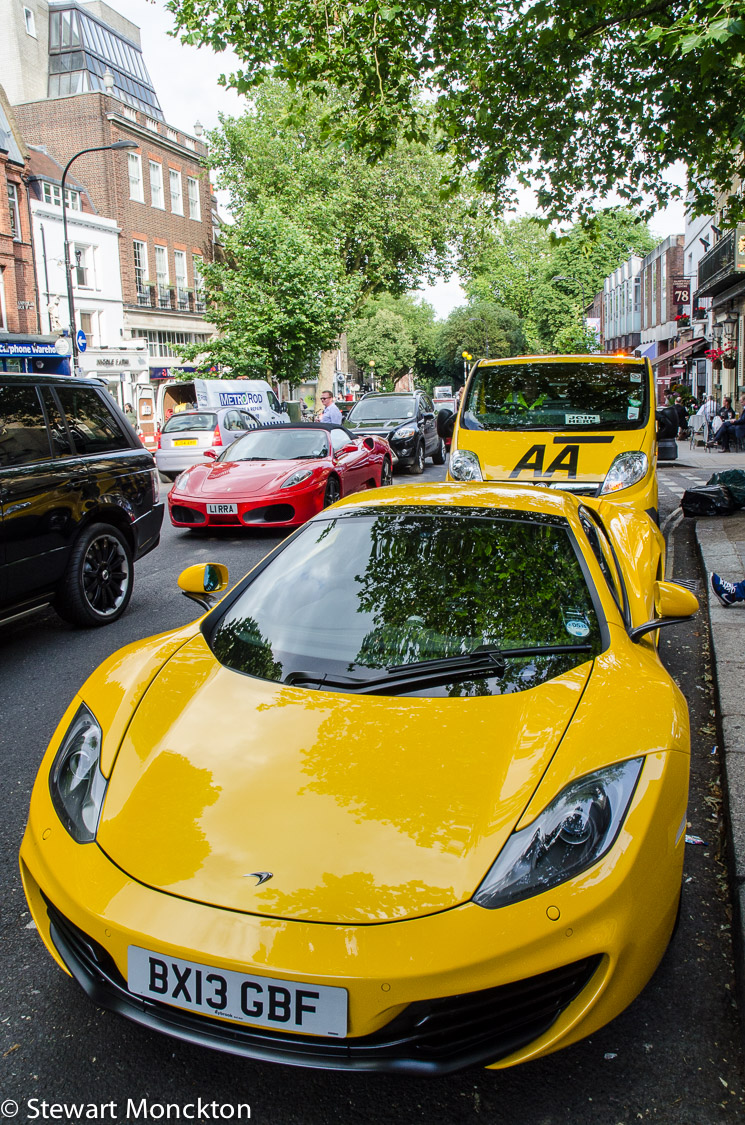 Not my usual subject matter - but the whole thing made me laugh.

You can find more images from around the world at Our World Tuesday.
Posted by Stewart M at 19:01