It came as more than a bit of a surprise to find out that there was a Bridled Tern in semi-permanent residence on the Farne Islands - and it came as an even greater surprise when I managed to get some half decent images of the bird.

The Bridled Tern does breed in the area known as the Western Palearctic - but only in the Middle east, and then not in huge numbers.  It also occurs around much of the north coast of Australia.

I have seen reports that suggest that this bird was from a breeding population in the Caribbean, that had become lost (or simply gone the wrong way - taken a wrong tern??) during migration.

Whatever its origin, this bird was well off of its local patch - just like me at the time really!

So this bird - Strena anaethetus (or Onychoprion anaethetus after a name change) - may have recognised a fellow wanderer and come out to see me!  However, it seemed to like hiding behind vegetation when I saw it.  I almost scored some good "in-flight" shots - but they are a little too blurred for public consumption.

I have since found out that this is only about the 40th time this bird has been recorded in the UK - so, its probably my first image of a bit of a mega bird! 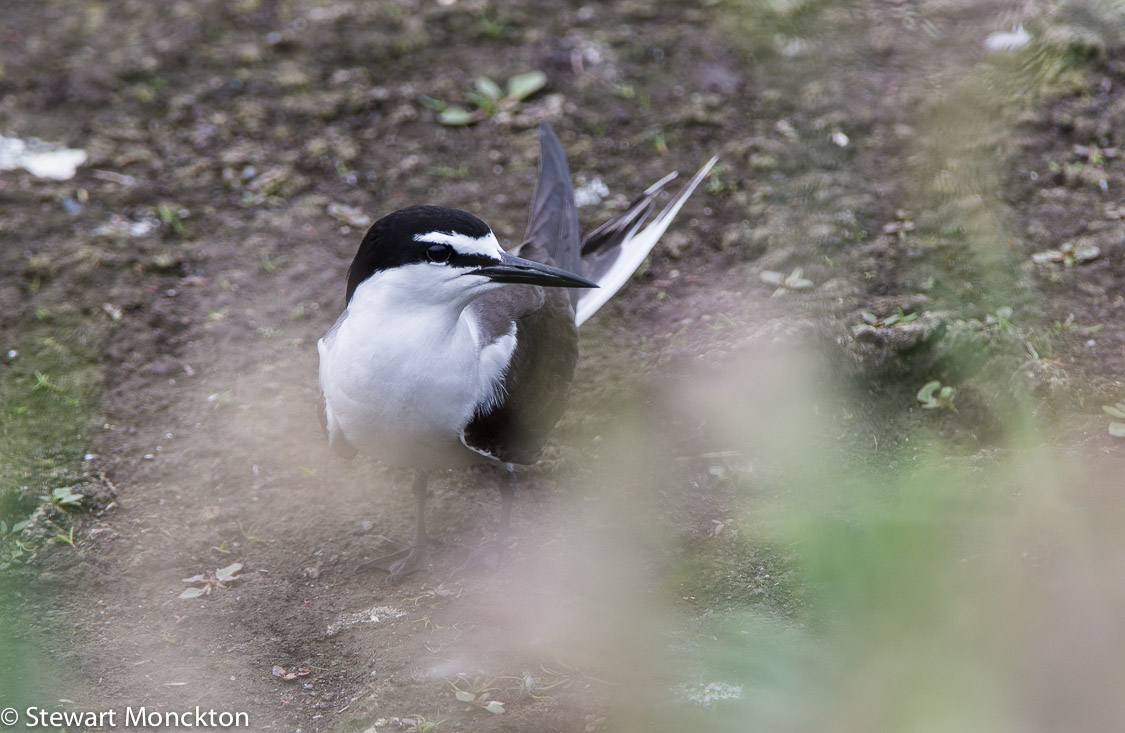 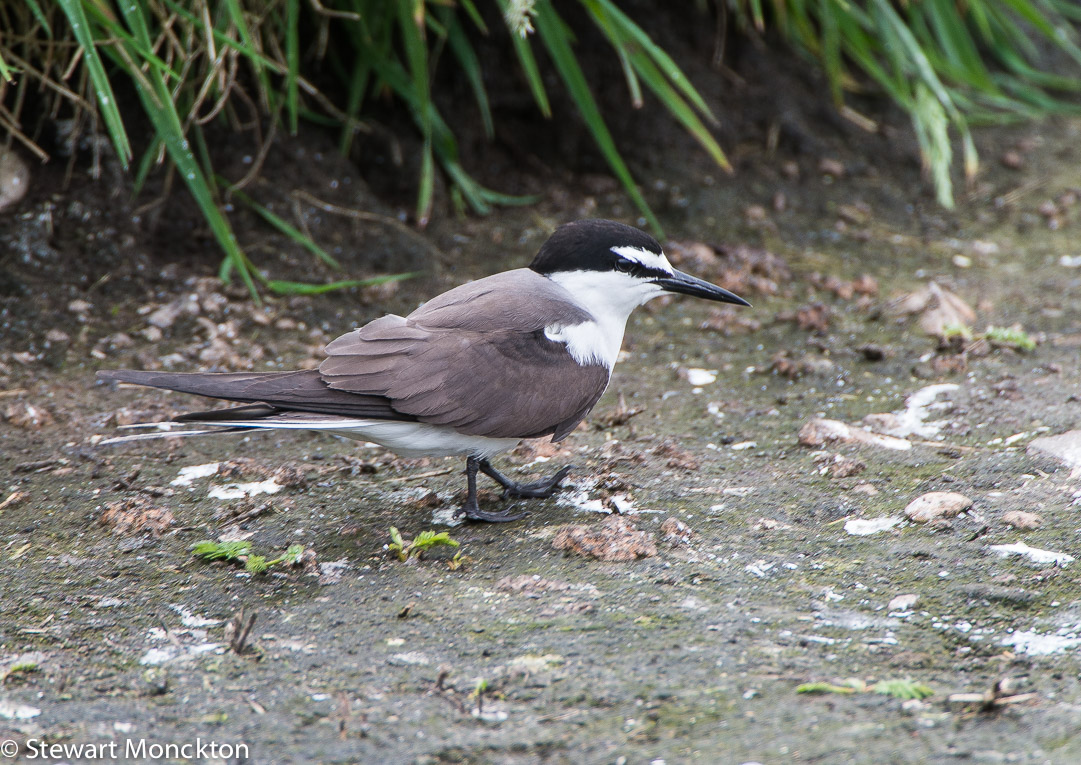 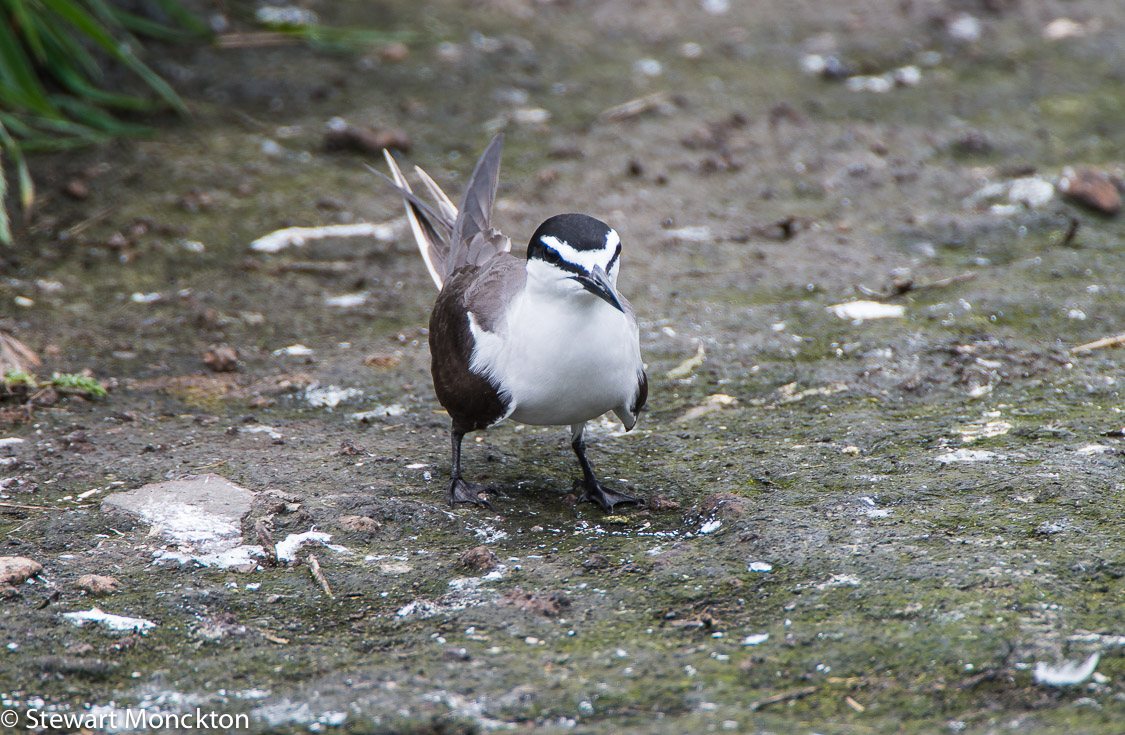 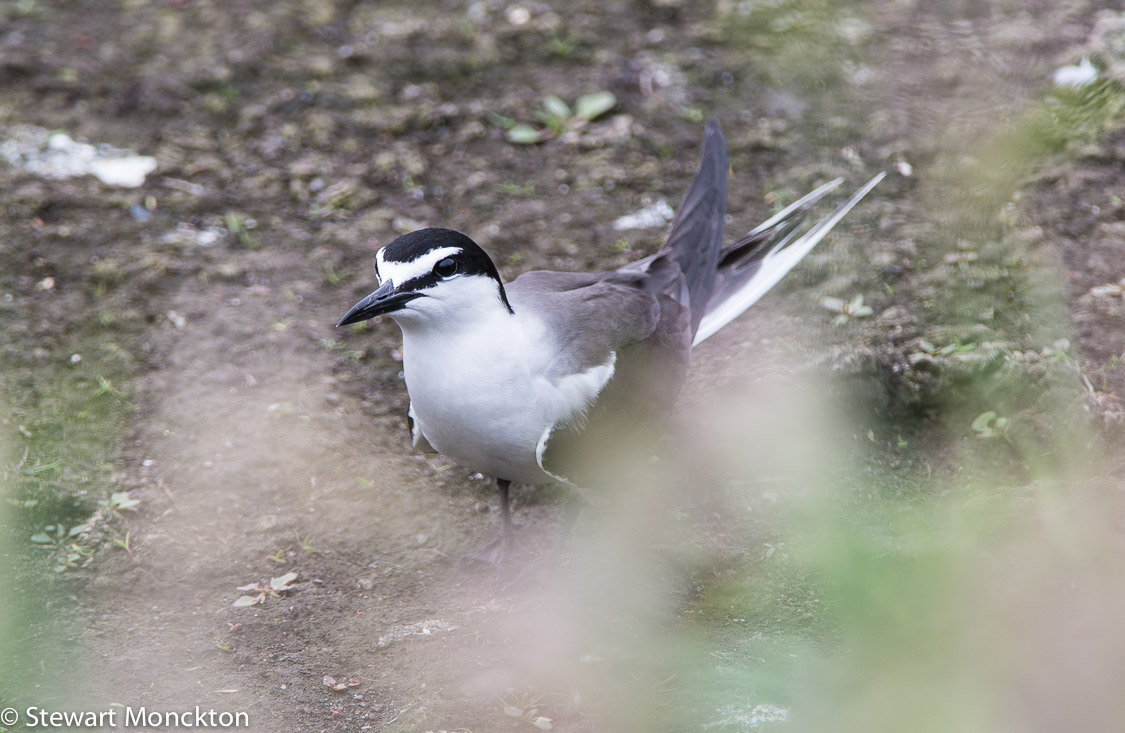 So, this unexpected guest was a real bonus bird on the Farne Island trip.