Grasstrees are a strange looking sort of plant that is endemic to Australia - their twisted and often blackened "stems" are characteristic perennial plants of many parts of the country.

The blackened stem is not a true stem at all really, but a hollow structure formed the the base of the of the leaves.  Roots run down through the hollow centre to connect to the ground.

These plants often respond to fire by sending up large flower stalks, and after a fire they can become very visible in the bush.  Far from destroying the plant, fire is vital to its long tern survival.

This kind of relationship with fire is common in Australia.

The larger plants in these pictures are likely to be well over a hundred years old - you may not be surprised to learn that these older plants are sometimes stolen from the bush and sold on the black market!  Thankfully, there seems to be some regulation to prevent this. 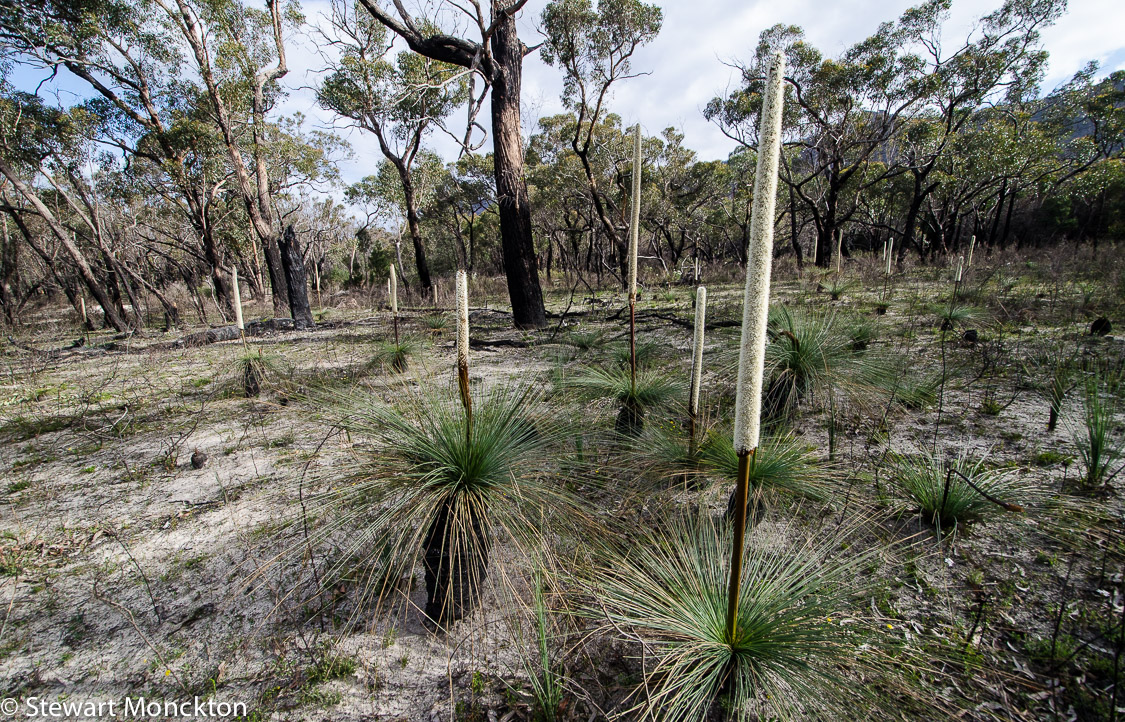 These plants were widely used by Aboriginal Australians, with the flower spike being used as a fusing spear.  The flowers can also be soaked in water to produce a sweet drink.  During the early stages of European colonisation, sailors often saw these lanes on cliff and headlands - the dark shapes with tall 'spears' were sometimes mistake for people! 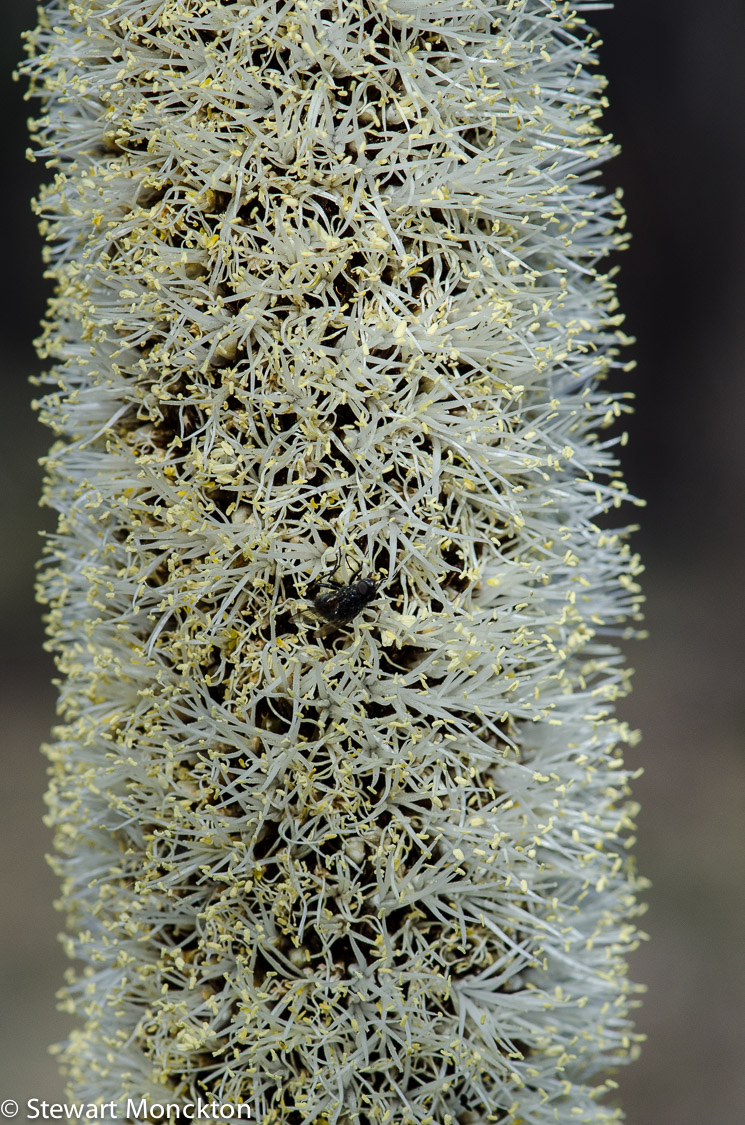 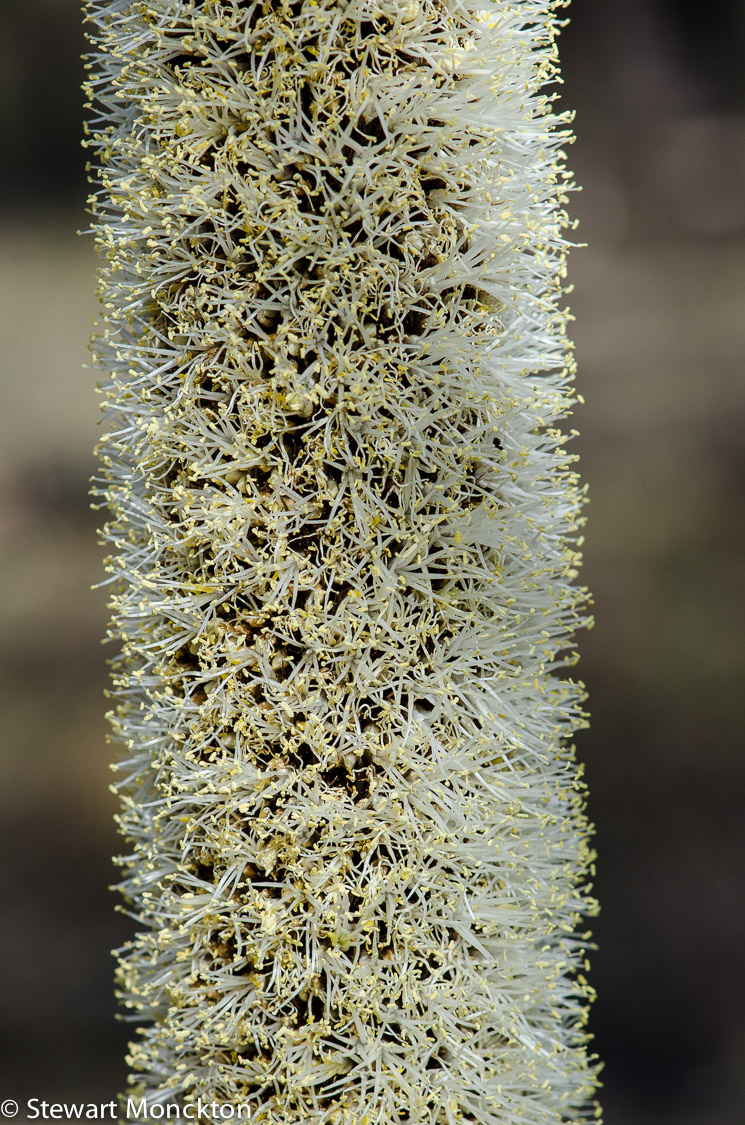 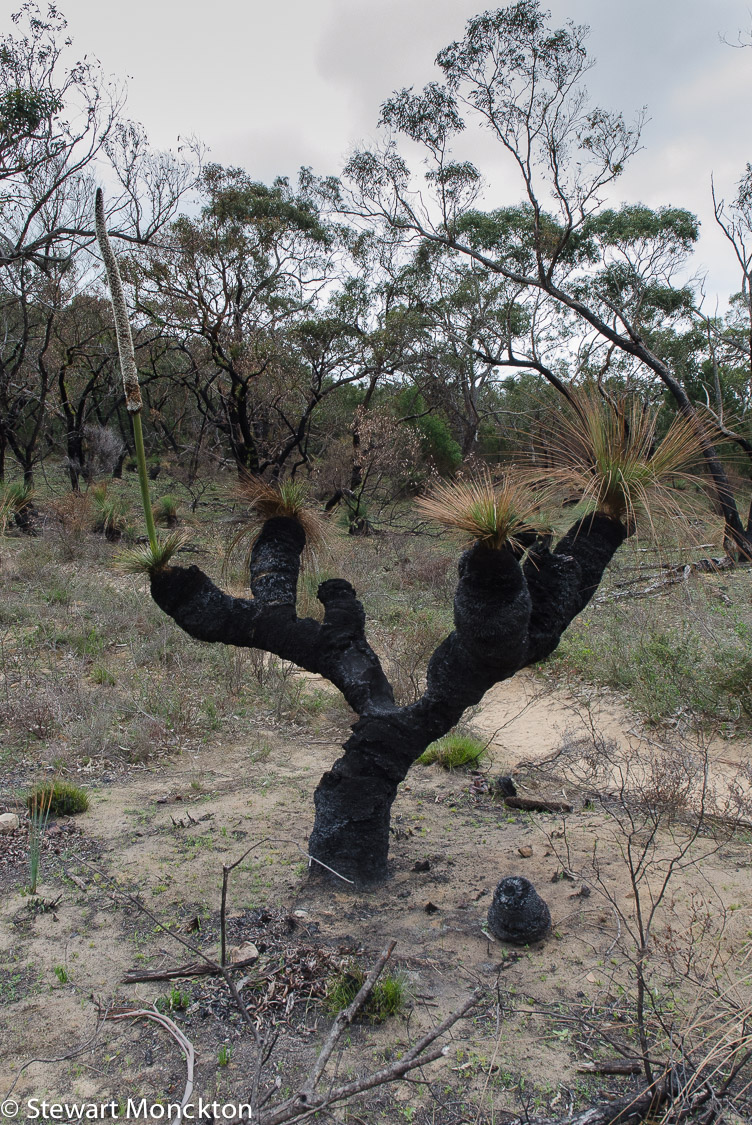 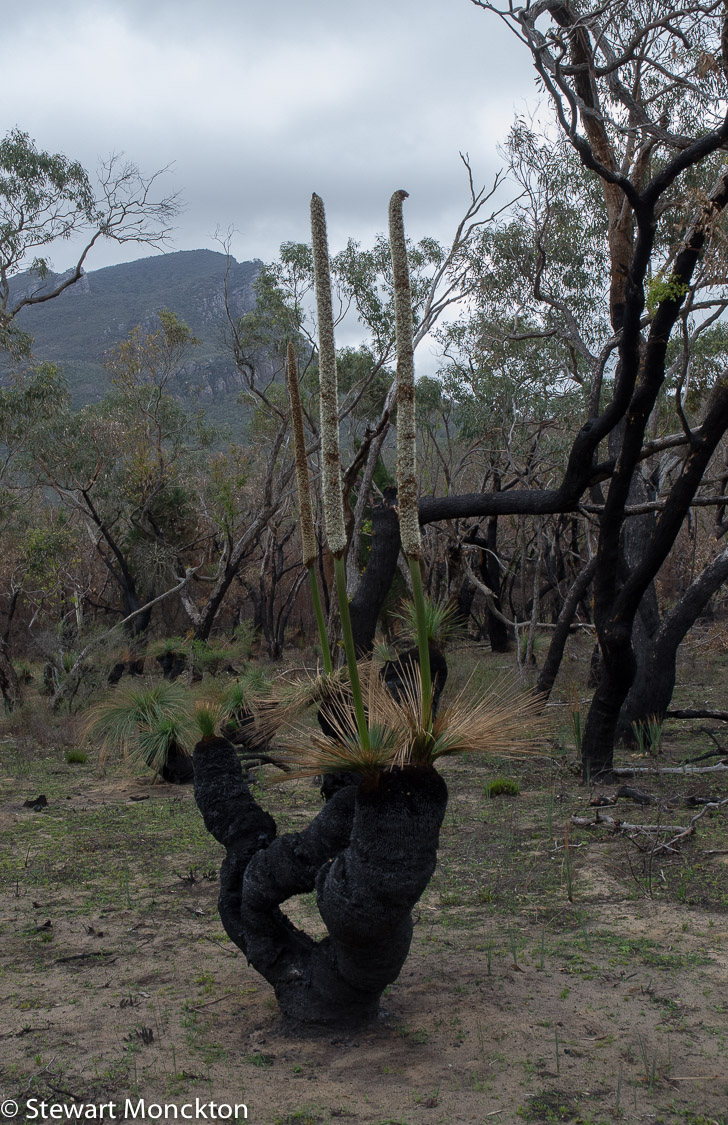 All of these pictures were taken in the Grampians - a National Park about a 3 1/2 hours from Melbourne.