ANZAC Day is a very significant day in Australia.  ANZAC stands for  Australian and New Zealand Army Corps. On the 25th of April 1915, the ANZAC soldiers formed part of a large allied expedition that set out to capture the Gallipoli peninsula in Turkey.

I can't help but think that many current Australian politicians hope that by standing by the memorials to the now long gone ANZACs, that they themselves will be cast in a better light.  I hate to tell them, but it's not working.

These two pictures tell only a tiny part of the story of ANZAC day in Melbourne - the first a gathering of people from the military, who more than most, must feel at risk when politicians use other peoples bravery for party political purposes.  But there is somebody with a truly civilian umbrella, and a person walking past who may or may not be going for a coffee.

The second image says something rather wonderful and strange about the country I now call home - on this Australian day of days it has become traditional for two football clubs to play each other at the MCG:  Essendon in red and black and Collingwood in black and white.

Solem words in the morning and sport in the afternoon.  The sacred and the profane.  The past and the present.   The significant and the trivial.

Even after nearly two decades here, it still seems the strangest day of the year. 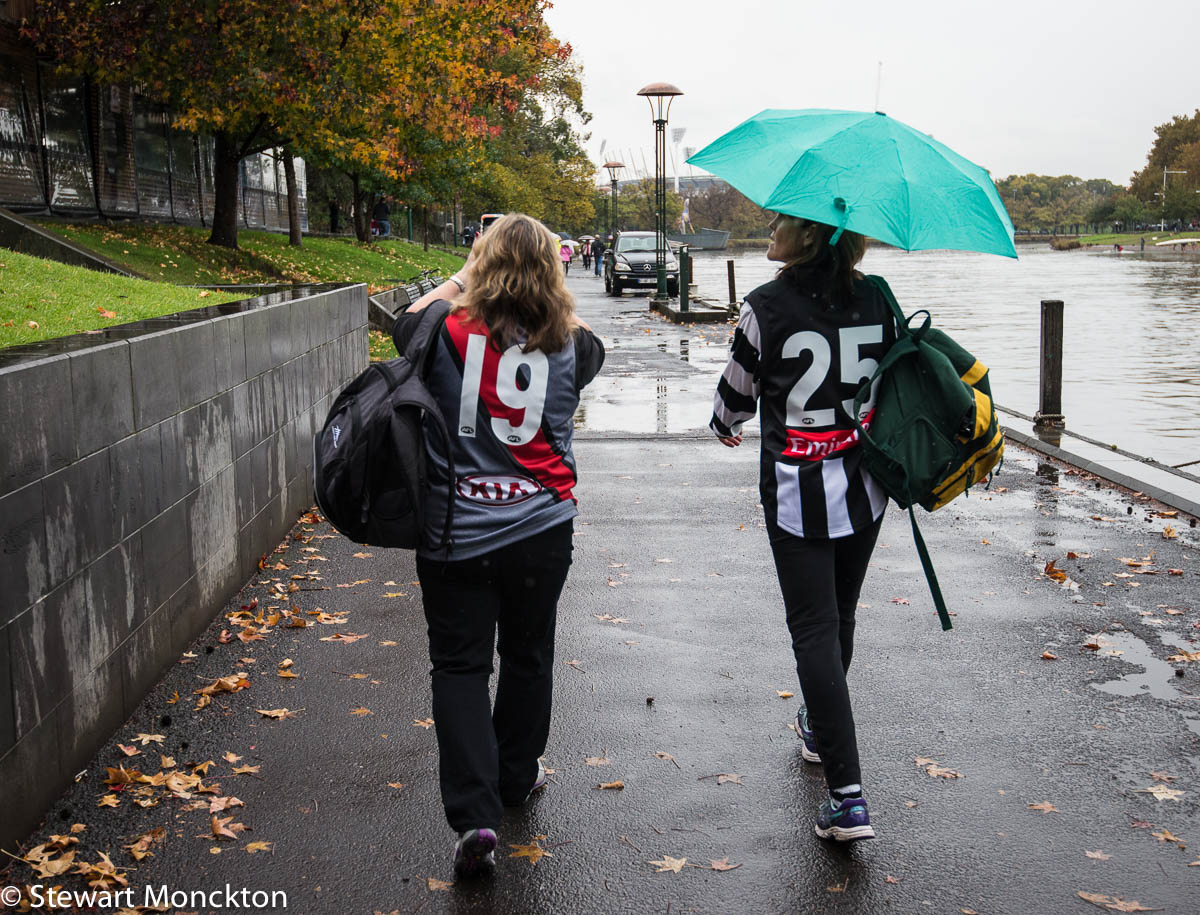 You can find more shots from around the world at Our World Tuesday.  SM
Posted by Stewart M at 22:00