Just a brief post today to show you some of the crazily coloured fish I encountered during an afternoons fishing on you know where.

The first is a Bluefish - which is a fish which is blue!  And the second is Surge Wrasse, which really is the most insanely colourful fish I have ever seen!  The guy in the hat? Well, the less said the better! 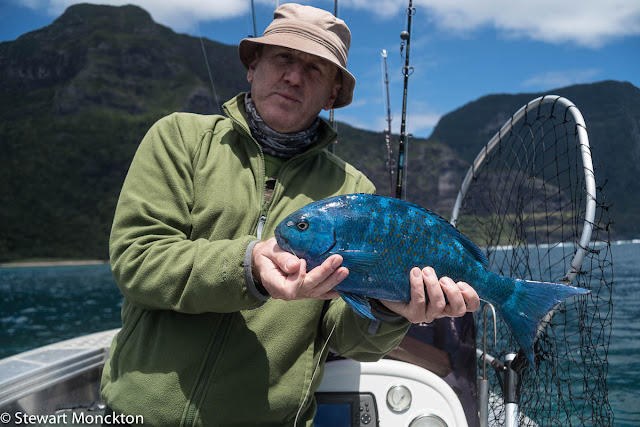 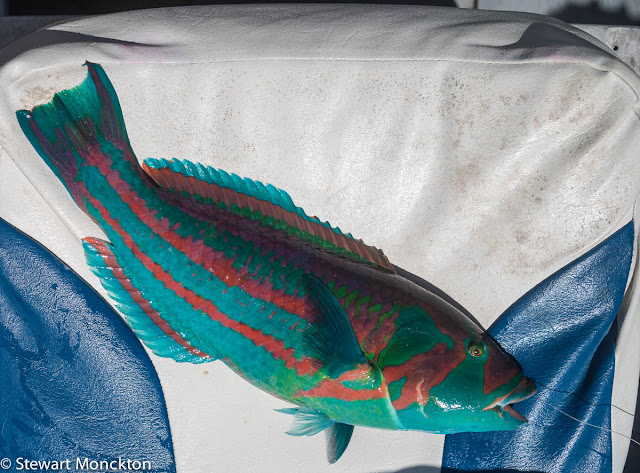 You can find more pictures of animals from around the world over at Saturday Critters.
Posted by Stewart M at 19:39